Americans are so anxious now! 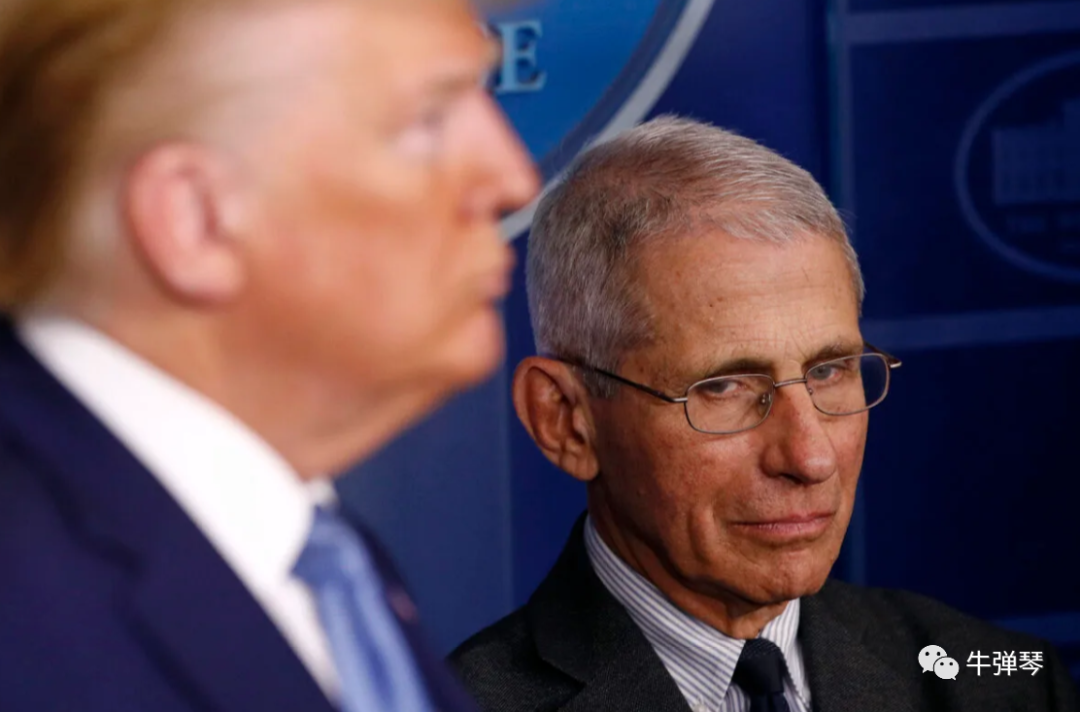 A friend sent a message saying that Americans are so anxious now!

Why are you in a hurry? Wasn’t it urgent before?

His explanation was: Before, it was also urgent. After all, even CNN said that the United States accounts for 4.25% of the world ’s population, contributing 30% of the world ’s newly diagnosed cases and nearly 20% of deaths; In a more explosive news, Trump actually wanted to fire the national idol Fossi.

So, if you log in to American social media now, a hot topic is: Defending Fauci (#SaveFauci).

You know, Dr. Fossi is a myth in the United States. He is the director of the National Institute of Allergy and Infectious Diseases (NIAID) and a member of the core team of the United States to deal with new coronary pneumonia. In 2008, because of his outstanding contribution, President Bush Jr. awarded him the Presidential Medal of Freedom.

Simply put, Fossi is in the United States, which is an American Zhong Nanshan.

Virtue is high and people trust, but Trump actually wants to fire him.

Moreover, this is not groundless, the president issued a public hint.

The direct fuse is a recent CNN interview with Dr. Fusi.

In the interview, CNN asked Fossi:

At the same time at the end of January, South Korea and the United States were diagnosed with the first case of new coronary pneumonia, but if you look at it now, the number of confirmed cases in the United States is 50 times that of Korea, and the number of deaths is almost 100 times that of South Korea , Some people say that this is because the US action is too slow? Do you agree?

After reading Fossi ’s answer, he clearly disagreed and thought that the United States and South Korea cannot be compared. How big is South Korea and how complicated is the United States. But he did say a crucial word: if we act earlier, the result will undoubtedly be better and save more lives.

According to the New York Times, you suggested to President Trump as early as the third week of February to take the proposal to increase the social distance, but the government did not adopt it until March 16 for the whole night It’s been a month, why?

Although Fossi also said to compliment Trump, at least two points, he did not deny:

2. We provided advice very early, but the Trump administration adopted it a month later …

it turned out to be the case!

The Americans suddenly realized that Trump was furious.

You know, Trump made it clear that he took wise and decisive action, but Fossi and Fossi, you even dug me like this …

Trump has n’t shot yet, and one of his California Republican allies ca n’t stand it anymore. After that, he tweeted an appeal to fire Fossi. He said this:

Fossi now says that if Trump listens to medical experts, he can save more lives. On February 29, Fossi told people that there is nothing to worry about. This poses no threat to the American public. Now is the time to fire Fossi.

If he is just an ordinary netizen, anyway, there are various opinions on the Internet, and Americans will not take it seriously.

Forwarding is also an attitude!

American netizens also understood at a glance that Fossi was not doing well and Trump was about to start. The American media naturally reported that one is the president of a country, and the other is the most popular celebrity expert, big news.

Of course, Americans know that Trump is not satisfied with Fossi anymore, not once or twice. 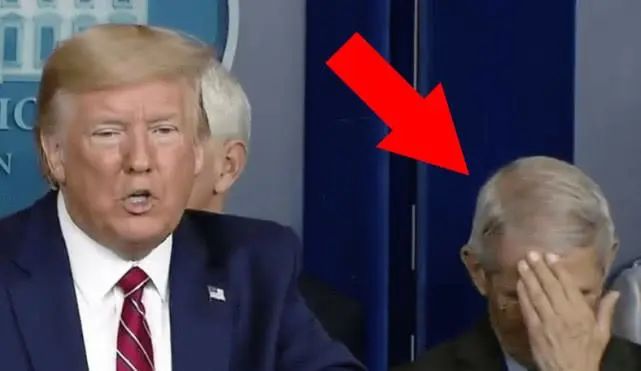 The most famous one was when Trump talked about a certain conspiracy theory, and Fouxi, who stood beside Trump, covered his face with his hands and tried to hold back his smile.

You can take a closer look at the animation.

Which pot in the US media can’t be opened, and later asked Dr. Fossi: … you covered your face with your hand. This has even become a popular image on the Internet. Have you been criticized for your actions?

It seems that Fossi’s pressure is still a little bit. In at least a few press conferences, there was no Fossi next to Trump, so that the investigation of “Where did Fossi go?” Appeared on the Internet.

According to Fossi, his words and deeds sometimes do not really look down.

For example, once Trump said at a press conference that China should tell the United States about the new coronavirus epidemic three to four months in advance … The reporter turned and asked Fossi, what do you think?

Fauchy looked helpless: what can you expect me to do?

Fossi: Actually, I have already spoken to relevant personnel. (Trump) This statement is inconsistent with the facts. You know, (before the outbreak in China) 2 ~ 3 months, it was September last year …

Foxi also said a widely spread word: But I ca n’t always jump to the microphone, push him down …

Dr. Fossi, you are too straightforward. Will Trump like it?

Anyway, looking at the major polls, if elections are held in the United States now, and if Dr. Fossi is also a candidate, then it is not Trump or Biden who is determined to be elected, but Dr. Fossi.

This morning, I also saw another survey. Among the five people, Fawsey, Como (Governor of New York), Biden, Trump, and Kushner (Trump’s son-in-law), in this new crown pneumonia, you trust Who?

The answer, no doubt, is Fossi. 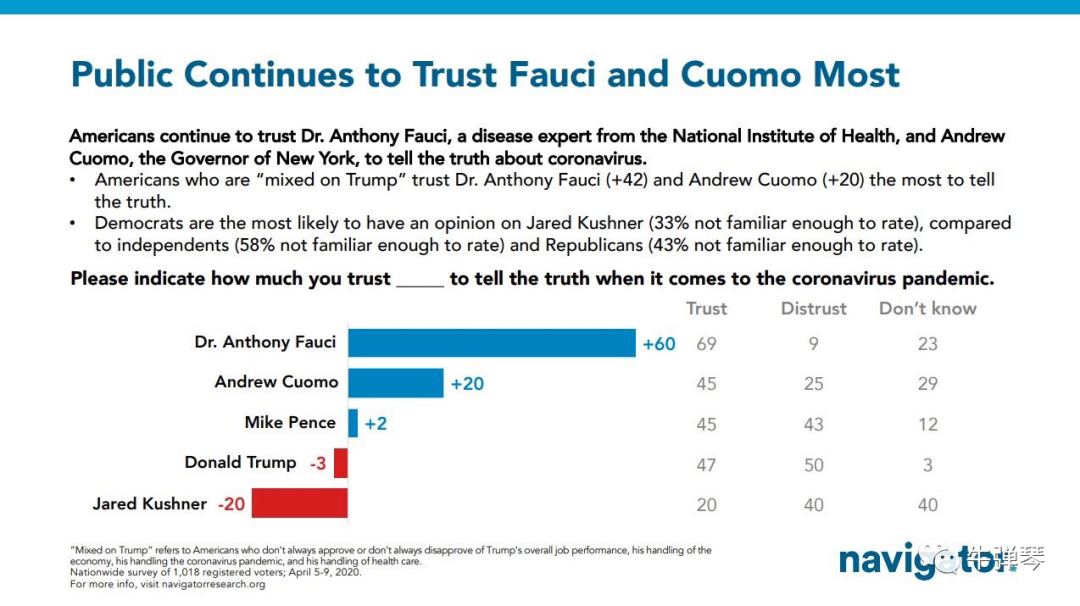 So, after Trump hinted to fire Fossi, the Americans were immediately anxious. Of course, there are indeed some people who firmly support the president ’s opinion, and such Fawcsey should be fired; but more people immediately appealed to resolutely defend Fawcsey.

In the era of new media, there are so many things that pull black, tear, and cut off. In China, these topics may be Chinese medicine, genetic modification, Li Ziqi, and so on; in the United States, the latest one is Fusi.

But Fossi is not the Secretary of State, so he would be fired if he said it. Dr. Fossi, that is the most trusted expert by Americans now.

Anyway, as soon as “Fossi” was fermented, major media reported that “Defending Fusi” went on a hot search.

Americans are really anxious, and at the same time it also brings another topic-“fired Trump”.

Politics is the art of compromise, and trading at a reduced price will never be done. At first glance, the situation is not right, so, the latest news, although Trump has not made it clear, the White House spokesperson has rumors:

these media are nonsense, President Trump will not fire Fawsi, it is the Democratic Party and these media Ignore the new crown virus …

well, who said Trump is going to fire Fossi? It’s all nonsense from you media!

Who said the US government ignored the new coronavirus? It is entirely the Democratic Party and your media that are swindling and blaming!

Of course, politics is never set in stone, true and false.

A few years ago, before firing Pompeo ’s home, former Secretary of State Tillerson, Trump also repeatedly clarified that he and Tillerson had no differences. But when Tillerson came back from Africa and still had jet lag at home, he saw big news on social media: he has been fired by Trump …

so, on the US Internet, there are good-hearted netizens who also serve Foz Trick: You are all 79 years old, so do n’t always tell the truth. You are a president and a pilot. He next time asks: What is our altitude now? You can answer this: How much do you want, Mr. President?