WHO and US media fight back at the same time

Original title: WHO and American media counterattacked at the same time, Trump slammed

back to criticize and threaten US President Trump, and WHO released a timeline for anti-epidemic, using facts to disassemble.

On April 7th local time, Trump threatened to “break the confession” of the WHO, saying that the WHO was “centered on China”, which made him unhappy. He accused WHO of being responsible for the epidemic.

Governor Changan Street (WeChat ID: Capitalnews) noticed that after dumping the WHO, Trump pointed the finger at the “New York Times”. On the 11th, Trump fiercely accused the newspaper of “willing the new crown virus The source goes back to Europe, not China. ” The newspaper was not polite, publishing a detailed timeline supporting the Trump administration’s “response to the failure of the new crown virus.” 9, “New York Times” published an article that the new virus crown in mid-February began to spread in the New York area, New York City on March 1 the first case was diagnosed, mainly from Europe Of travelers brought this virus.

This angered Trump because he has always boasted that he “imposed a travel ban on China early.”

Trump even slammed the report when he slammed the report: “I want to know how the failed” New York Times “learned about this. Are there any well-known sources? They have recently been driven out of China like dogs, Obviously they want to go back. Sadly! “After

being abused by Trump, the” New York Times “immediately counterattacked. That day, the newspaper published an in-depth report entitled “He could have foreseen what will happen: behind Trump’s failure on the virus.” 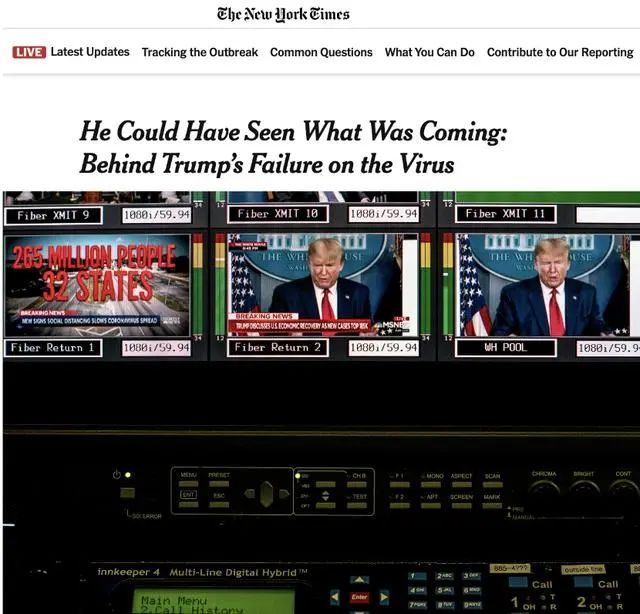 of the New York Times report The

article carefully sorted out the timeline of the White House’s missed response to the epidemic. Among the early key points include:

In early January, the US National Security Council office responsible for tracking the epidemic received intelligence The report predicts that the virus will spread to the United States, and Trump did not take these measures until March.

On January 29, White House trade adviser Navarro submitted a memo detailing the potential risks of a virus pandemic. Although Trump denies it now, someone told him at the time.

On January 30, U.S. Secretary of Health and Human Services Aza directly warned Trump in a telephone conversation that a pandemic may erupt. This is the second time he has warned the president of the virus in two weeks. Trang Pu responded that Aza was alarmist … 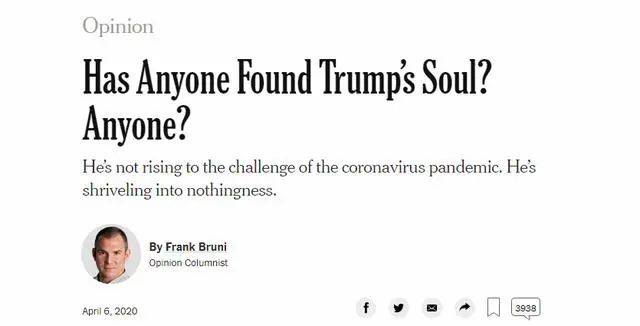 against Trump’s weak fight against the epidemic. On the 10th, the “New York Times” published a review article saying that when thousands of Americans died, Trump still boasted that he had So many TV viewers. When a country trembles due to the epidemic, Trump is also excited because his Facebook has been the hottest search.

Commenting bluntly, Trump’s series of abnormal behaviors are thought-provoking: Trump not only simply lacks empathy, but even basic humanity has been missing.

For example: On December 31, 2019 local time, China reported to WHO a group of unexplained pneumonia cases in Wuhan, Hubei. On January 10, 2020 local time, WHO issued a comprehensive set of technical guidance to all countries to provide advice on how to detect, detect, and manage potential cases.

The Trump administration has been discrediting the new crown epidemic and dumping China. If the pan is too large to be dumped, it will continue to find the WHO dumping pan. This behavior, even American experts and officials, cannot see it anymore. 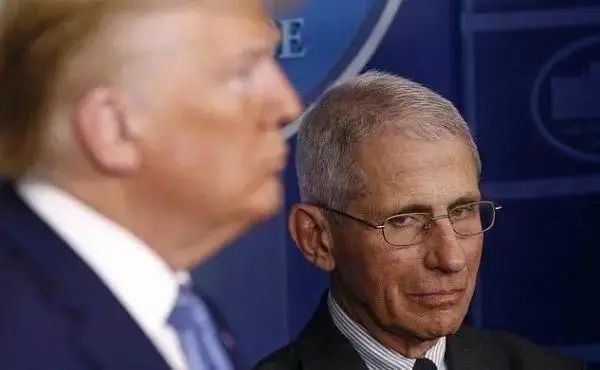 , director of the US National Institute of Allergy and Infectious Diseases, Anthony Fauci confirmed to the media on the 12th, he and a number of other officials in the new crown pneumonia outbreak began Feb. 3 weeks ( (February 16-February 22) recommended Trump to implement social isolation across the United States, but Trump repeatedly rejected this proposal.

It wasn’t until March 16 that Trump ordered the implementation of social isolation across the United States, which delayed the timing of the epidemic resistance for nearly a month.

Jeff Smith, medical director of Santa Clara County, California, where the traditional “Silicon Valley” is based, made judgments based on various data on the 10th: the time the epidemic exists locally may be traced back to December last year.

As for why I didn’t realize this before, Smith explained that the United States was in a severe flu season at the time. The symptoms of new coronary pneumonia are very similar to the flu, and if it is a mild patient, it will not be realized.