What is this all about! 39 million masks dropped in the United States that day

Home Health What is this all about! 39 million masks dropped in the United States that day
Health, Politics
April 13, 2020April 13, 2020By daydayhub
0

Original title: What is this all about! The truth of the 39 million masks dropped in the United States that day,

according to the Los Angeles Times reported on April 11, the US Attorney ’s Office said on Friday (10th) that the FBI had cracked a carefully planned epidemic prevention Material purchase scam.

However, judging from the report of the newspaper, the process of the case being cracked is very bizarre, even as good as a Hollywood movie.

The newspaper said that last month, a large organization of medical workers in California, the United States’ SEIU-UHW, announced that they found someone overseas with 39 million markets The stock of N95 masks is very scarce and willing to sell. The union immediately contacted the seller from Kuwait through an intermediary in Pittsburgh and Australia to discuss the stocks, which can be used for local medical care in California. Institutional supply. 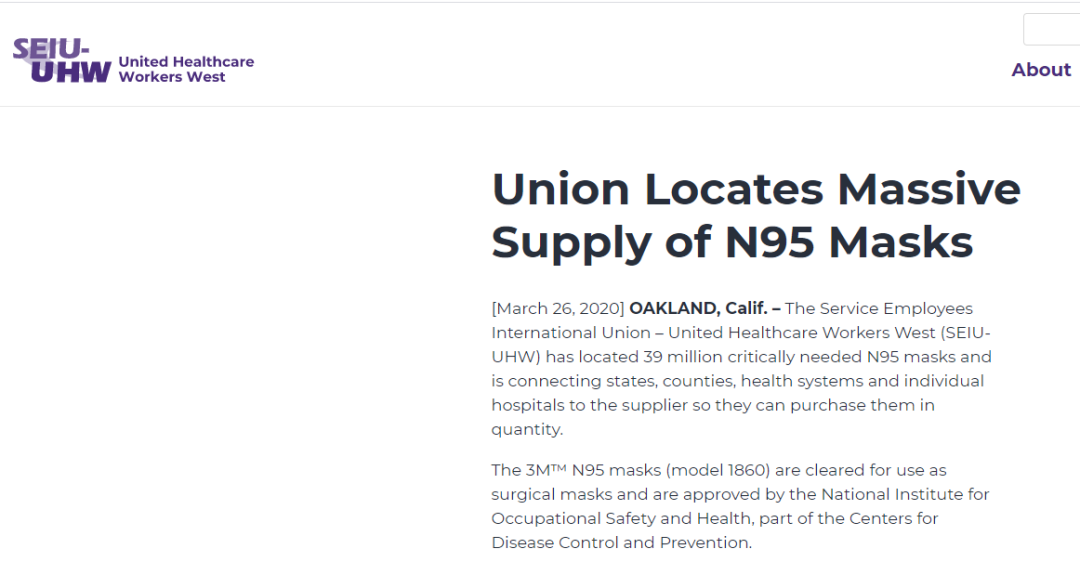 Interestingly, according to the “Los Angeles Times” introduction , Just after the union announced the final order for the N95 mask, the Federal Bureau of Investigation (FBI) immediately focused on it-not because the FBI knew that the mask transaction was a scam at the time, but because The FBI wants to cut off these masks for the Emergency Management Agency of the US Federal Government in accordance with the US National Defense Production Act.

Then, during the process of “robbing” the local trade union masks by the US federal government, the FBI accidentally discovered that the entire transaction was a scam, and there was no mask that could be detained by them.

A U.S. federal prosecutor who participated in the investigation said the investigators found that the clue of the source of the mask came from a Pittsburgh middleman. The businessman claimed that he had been working with a California union and used communication software to contact an intermediary in Australia and a supplier in Kuwait, but he and the union were actually fooled by foreign scammers. The scam was broken through before it had reached the point where actual payment was required.

Many details before the scams were revealed also show that this so-called 39 million masks deal is not reliable. For example, the union originally stated that the 39 million masks were made by the American manufacturer 3M, but 3M told federal investigators that the company produced only 20 million such masks last year, so unless these masks are fake Yes, otherwise it is unlikely that there will be such a large-scale inventory. This clue is also an important factor that causes the FBI to find that the problem is not right.

Another example, when a US medical group decided to buy 6 million of these masks from the union, they found that the masks had not arrived for a long time, and the supplier has Unable to provide reliable information that can verify and test these masks.

But this still means that the Pittsburgh middleman will make a profit of $ 9 million (a difference of $ 1.5 million x 6 million masks).

Of course, as the scam was revealed, these so-called profits are nothing but “clouds”.

Finally, investigators told the Los Angeles Times that various frauds have occurred in the United States, mainly in the field of N95 masks. This is because the supply of anti-epidemic materials is very tight, and the public in the United States is also very anxious.