Original title: US media exposed the “Roosevelt” aircraft carrier fiercely! The captain was dismissed due to Trump’s intent, 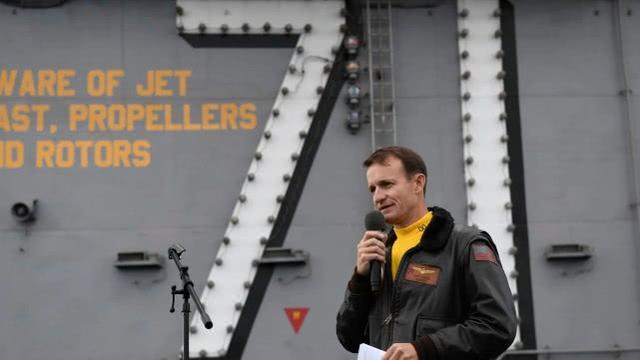 It is reported that the sailor on the “Roosevelt” aircraft carrier was probably infected with the new crown virus when visiting Da Nang, Vietnam on March 5. This is the second time the US carrier has visited Vietnam since the end of the Vietnam War. At that time, Vietnam had reported 16 new coronavirus cases, all of which appeared in the northern part of the country, far away from Da Nang. Philip Davidson, commander of the US Pacific Command, ordered a long-planned visit to continue, saying it was an important event for the US military to demonstrate military strength in the region.

However, the pier in Da Nang is too small to accommodate a warship as large as the Roosevelt. Therefore, during a short port stop, the aircraft carrier was moored offshore, and the sailors were transported to the dock by boat. The sailors posted photos related to the visit on social media. 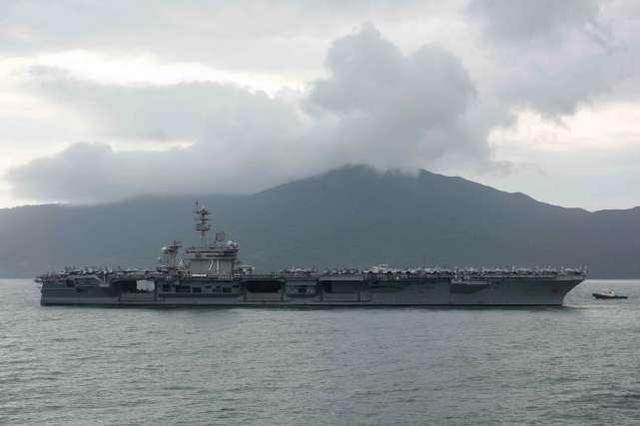 On the fourth and final day of the visit to Da Nang, officials on the aircraft carrier ordered the sailors to return to the ship to prevent them from being exposed to the new crown virus in the environment. Earlier, dozens of sailors stayed in a local hotel for at least one night. Two British citizens tested positive for the new crown virus in the hotel. The sailors who stayed in the hotel were immediately quarantined.

After that, the “Roosevelt” left Da Nang and started sailing. The medical team began to pay close attention to any signs of illness for the sailors, and the symptoms were most likely to appear during the 14-day isolation period. During these 14 days, aircraft on board the carrier came and went, bringing supplies from Japan and the Philippines.

In the early hours of March 24th, when the aircraft carrier sailed across the Western Pacific, a message “Set River City 1” came from the loudspeaker, which meant restricting shipboard communications, and most sailors would not be able to access the Internet or make phone calls. The sailors knew that something had happened. Soon everyone knew that three sailors tested positive for the new coronavirus. The outbreak first broke out in the reactor department. The personnel of this department were responsible for operating the core part of the aircraft carrier: the nuclear power reactor. 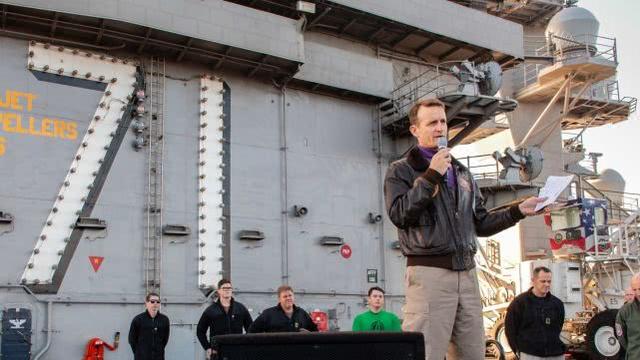 Subsequently, the three sailors were airlifted to a naval hospital in Guam. Two days later, on March 26, the “Roosevelt” docked in Guam and began testing all sailors for new coronavirus. It was also from this time that the dispute between the former carrier captain Klose and his superior Major General Stuart Baker began. Croze advocated the evacuation of almost all sailors, hoping to isolate and test the sailors while the carrier was being professionally cleaned. At the same time, 500 backbone sailors will be left on the aircraft carrier to operate nuclear reactors, protect bombs, missiles and fighters, and perform other important tasks.

But Major General Baker, the commander of the USS Roosevelt carrier battle group, retorted that sailors can be protected without leaving the ship and the USS Roosevelt can continue to operate. Former U.S. Navy Deputy Secretary Modley and residents of Guam also expressed their concern that if an evacuation order is received, especially if more people are detected infected with the virus, Guam will not be able to accommodate all sailors. 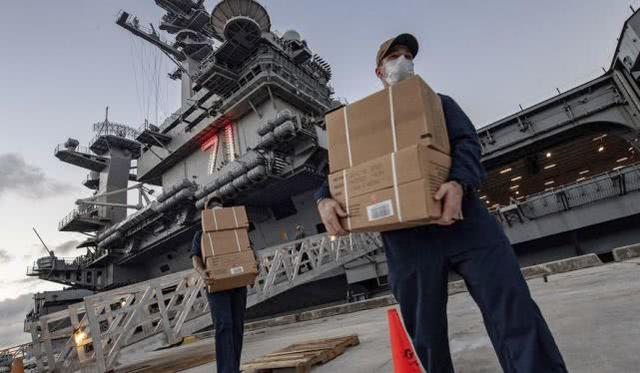 The US Navy also considered other options, including sending the “Roosevelt” to Okinawa or San Diego. Another option is to leave 4,000 sailors on the aircraft carrier and 1,000 sailors at a base gym in Guam. But the initial attempt to place some sailors in the gymnasium resulted in more cases soon.

On March 30, Croze wrote a four-page letter and sent it by non-confidential email, with a very bland title: requesting assistance in response to the New Coronavirus pandemic. Crozet saw this email to several top-level officials on the aircraft carrier. They also wanted to sign this email, but Crozet worried about their career and refused to let them sign it.

On March 31, Modley, who visited the hospital ship “Benevolence” in Los Angeles, learned some information from his assistant. At that time, a copy of Crozer’s letter had been leaked to the San Francisco Chronicle, and then quickly spread to other news media. Modley was very angry and said to reporters, “He is really disappointing to say that, we are doing our best.” 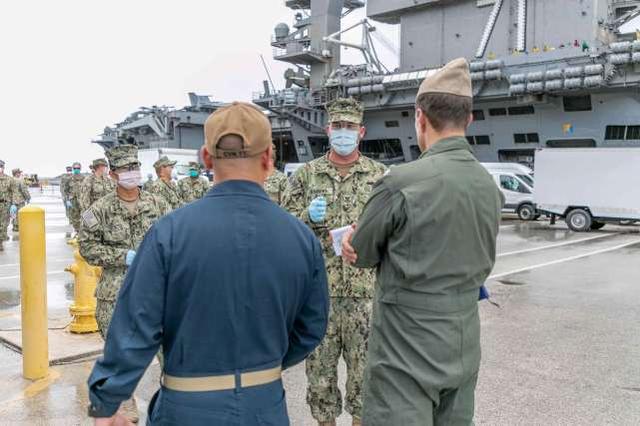 American officials said that because of the fear that Crozer ’s letter would anger President Trump, Modley played Call colleagues for advice, should Krose be fired? These colleagues include: Naval Operations Secretary Michael Gildi, Chairman of the Joint Chiefs of Staff Mark Milley and others. Most of them suggested that Modley should order an investigation into the incident and wait for the result.

US officials say Modley still has concerns about this because he does not want to repeat the mistakes of his predecessor. Former acting Navy Secretary Spencer was removed from office because he opposed Trump’s intervention in pardoning Gallagher, a member of the Navy SEALs accused of war crimes.

According to a person familiar with the matter, during a phone conversation with a consultant, Modley suddenly interrupted the conversation, saying, “Oh, it’s so bad, the president wanted to fire him.” The person speculated that Modley had received A text message arrived to inform him of the president’s opinion. On April 2, Modley called Crozet ’s admiral Baker, who is directly under the “Roosevelt” carrier formation, and asked him if he knew the letter in advance. Baker said he did not know in advance, otherwise he would tell Croze not to send a letter. Modley then said in an interview with the Washington Post that after that conversation, he decided to fire Krose.

After firing Krose, Modley went to Guam to board the aircraft carrier “Roosevelt”, spoke to the sailors above, and severely criticized the former captain Krose, calling him “too naive” or “too stupid.” Unable to command the aircraft carrier. After the recording of the speech was exposed, Modley was criticized, and then resigned to the US Secretary of Defense Esper. Due to possible contact with the new coronavirus on the way to Guam, Modley is in a state of self-quarantine. 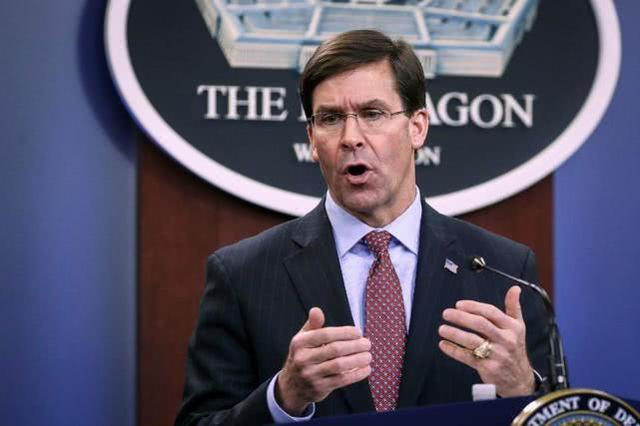 Crozet is currently fighting the new coronavirus infection at the Guam Naval Base, and 584 other sailors who tested positive on the aircraft carrier were also quarantined in Guam. Nearly 4,000 sailors have evacuated ashore on the “Roosevelt” aircraft carrier.

US Navy officials said that the “Roosevelt” may have been completely cleaned up and is ready to resume operations in the Pacific this month. More than 345,000 people signed a petition online requesting Kroze ’s post to be restored, and Navy Operations Secretary Gildi did not rule out this possibility last week.

After the outbreak of the “Roosevelt” aircraft carrier, senior US Navy officials were worried about other warships and missions. General John Hetten, deputy chairman of the Joint Chiefs of Staff, said, “In my opinion, it is not a good idea to think that the” Roosevelt “is just a case. It is not a plan to think that this will happen again. Good way. ”

Aircraft carrier, navy, new crown pneumonia, News
Previous PostThe US governor “has rushed to hit the wall”, why?Next PostThe worst in 40 years! The World Bank predicts a sharp decline in the economy of South Asian countries such as India