Saudi and Russian energy leaders have to shake hands, but they do not want to be “blocked” by Mexico.

OPEC +, composed of the Organization of the Petroleum Exporting Countries (OPEC) and other oil-producing countries dominated by Russia, finally reached an agreement in a video conference held on the evening of the 12th. From May 1, the average daily output was reduced by 9.7 million barrels, the first round. The production cut will last for two months.

In fact, as early as the 9th, OPEC + has reached an initial agreement, and plans to reduce the average daily output by 10 million barrels from May to June this year. Earlier, the international community paid attention to the statements of Saudi Arabia and Russia, and believed that as long as the two international energy giants nodded in agreement, OPEC + would have almost no problem in reducing production.

What is surprising is that Mexico, which is not outstanding in the international energy market, opposes the production reduction allocated by OPEC +, resulting in the failure to reach a final agreement on the 9th. The G20 Energy Ministers ’Meeting will be held the next day. On the way, Mexico also did not relax.

According to the agreement reached on the 12th, Mexico ’s production cuts were 100,000 barrels per day instead of the 400,000 barrels per day previously suggested, which shows that Mexico will stick to its position until the end and become the biggest winner in this oil reduction. The reason why Mexico insists on not making concessions on the issue of production cuts is mainly due to the needs of its domestic energy industry policy. 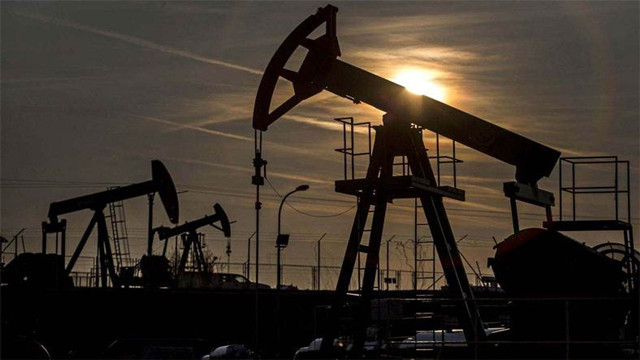 The failure of the US mediation

plans to cut production by 10 million barrels per day have been shelved because of the controversy of reducing the 300,000 barrels by the outside world, which is regarded as really not worth it. For this reason, after the 9th meeting, all countries are trying to find ways to persuade Mexico.

Because US antitrust laws prohibit price understanding, the United States invited to the OPEC + meeting cannot directly participate in negotiations. However, the United States is also very anxious about not reaching a production cut agreement because of neighboring Mexico.

Trump said at a press conference in the White House on the afternoon of the 10th that the United States will help Mexico cut crude oil production, but the details have not yet been finalized. Trump said that he and Mexican President Lopez discussed the issue on the 9th, and the progress is “happy”. The two sides will continue to discuss specific implementation details.

After taking office, Trump, who was very vocal about Mexico and OPEC, did not hesitate to temporarily damage the interests of the United States in order to save the US energy industry and international oil prices, and completed the production reduction task for Mexico to facilitate the conclusion of the agreement.

However, the efforts of the United States have not been recognized by OPEC +. OPEC’s actual leader Fang Saudi believes that such a precedent cannot be set. Saudi Arabia said: “It is important not to grant such an exemption, because everyone will ask for such an exemption in the future.”

for For OPEC + to request Mexico to reduce production, Lopez believes that it is unfair because Mexico has in fact reduced production for more than a decade. He emphasized: “We have made tremendous efforts to increase production capacity,” and he is also implementing his ambitious plan to revitalize the Mexican oil industry.

Mexico is one of the major oil producers in the Western Hemisphere. Mexico has proven crude oil reserves of 6.6 billion barrels, ranking 18th in the world, and the oil industry has contributed a lot to the Mexican economy. But for more than a decade, Mexico ’s oil production has continued to decline significantly, especially between 2004 and 2012, when daily output fell by 40%.

Lopez, who was born in the oil-producing state of Mexico, said that when he became president in December 2018, he wanted to boost the state-owned oil industry in recession. He plans to increase Mexican crude oil production by 45% within 5 years, and plans to increase crude oil by 2025. Production reached 2.4 million barrels per day, which is the level before the decline in production capacity.

For crude oil mined, Mexico ’s processing capacity is also limited. This makes Mexico, as an oil-producing country, also have to import a large amount of refined oil, especially gasoline, from the United States.

To this end, the Mexican government announced a national oil refining plan in September 2018, with the aim of allowing Mexico to achieve energy independence by 2022. Lopez supports the construction of a new refinery by the Mexican National Petroleum Corporation (Pemex), advocating increased domestic production and growth of the domestic oil and gas industry, as well as solving economic growth and employment issues.

On the 10th, Lopez defended his position of refusing to reduce production, stating that this was an effort to return Mexico to “self-sufficiency” in oil. If this production reduction plan is implemented, not only will Mexico ’s crude oil exports drop significantly, its demand for imported oil products will also increase, the oil industry will be further under pressure, and plans to revitalize the oil industry are likely to be lost.

However, at current oil prices, Pemex is unable to make profits in many oil fields, so the 300,000 barrels a day that Lopez has won from OPEC + can more or less bring profits to the country. In 2019, Pemex’s loss doubled, and the debt level reached a staggering $ 105 billion.

However, some analysts believe that putting Mexico ’s domestic interests above the collective interests of the world ’s major oil-producing countries will undoubtedly anger these countries and leave Mexico in an awkward position. Carlos Petersen, an analyst at the political risk consulting firm Eurasia Group, said that Mexico is so “willful”. “We are not clear what unexpected consequences this may bring.”