The results of the clinical trial of redoxivir are here! How effective is the “star medicine”?

Home Health The results of the clinical trial of redoxivir are here! How effective is the “star medicine”?
Health, Politics
April 12, 2020April 12, 2020By daydayhub
0

Original title: The results of the clinical trial of redoxivir are here! How effective is the “star medicine”?

China News Service Client, Beijing, April 12 (Reporter Zhang Ni) The spread of the new coronary pneumonia epidemic in the world has raised concerns. While preventing and controlling the epidemic, people are pinning their hopes on the successful development of special-effect medicines to treat huge infected people.

Prior to this, the research drug Ridesivir of the American Gilead Science Company had been high hopes. 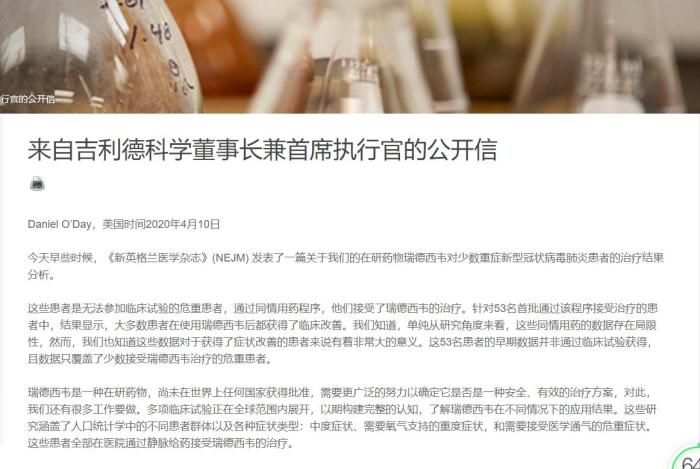 The results of the trial showed that of 53 patients with severe new coronary pneumonia from all over the world, 36 patients (68%) were relieved of symptoms after using reduxil.

“There is still no proven treatment for new coronary pneumonia.” Jonathan D, the author of the paper and director of epidemiology at the Sinai Mountain Medical Center Hospital in Los Angeles. Grein said, “We cannot draw clear and effective conclusions from these data, but the observations of this group of inpatients receiving reduxil treatment are promising. We look forward to the results of controlled clinical trials Potential verification of these findings. ”

On April 10th, U.S. time, Daniel O’Day, Chairman and CEO of Gilead Sciences, also published an open letter in response to the research progress of Redcive.

He emphasized in the letter: “We know that from a research perspective, these sympathetic medication data have limitations, however, we also know that these data are of great significance to patients who have achieved symptom improvement. 53 The early data of one patient were not obtained through clinical trials, and the data only covered a few critically ill patients receiving Radexivir treatment. “The

As a drug under study, ridxivir has not been approved in any country in the world. Based on the principle of “sympathetic medicine”, American researchers used Radecivir in January this year for a patient with new coronary pneumonia. The patient’s symptoms improved significantly within a day or two, making this drug of great concern.

According to Gilead, at present, seven clinical trials of redoxive have been initiated to determine the safety and effectiveness of redoxive in the treatment of new coronavirus pneumonia.

China launched two of the earliest studies on severe and moderately ill patients in early February. Since then, five new trials have been launched around the world.

The State Intellectual Property Office of China has previously stated that many Chinese hospitals in Wuhan have begun clinical trials of the drug, and the results of clinical trials will not be published until April 27.

However, there have been media reports since then that the clinical trials of redoxivir in China faced the problem of “insufficient patients”. In addition to the reduction in patients and the higher thresholds set by Ridesivir in clinical trials, a large number of new coronary pneumonia-related clinical trials are registered in the China Clinical Trial Registration Center, “diverting” patient resources.

In the open letter issued by Chairman Gilead on the 10th, it is mentioned that Chinese researchers will be responsible for publishing the test data of redoxivir in China. However, we have learned that due to the stagnation of the enrollment, studies on critically ill patients have been stop.

“We look forward to seeing the published data in due course. We expect to obtain preliminary data from the placebo-controlled NIAID trial in May, and Gilead’s research data on patients with moderate-symptomatic new coronavirus pneumonia.” 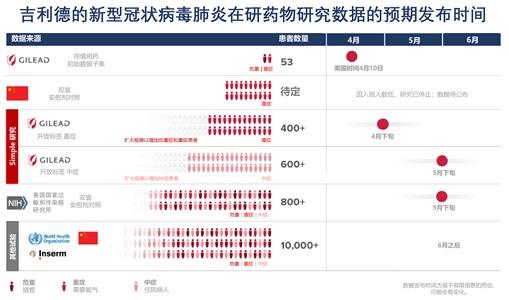 Gilead: The production time has been shortened to about six months

Ridesivir clinical trials in the world are still continuing.

According to previous reports in the media, the global Ridesivir clinical trial has been designed differently from China, which may reduce the difficulty of the trial and avoid the difficulty of patient recruitment.

According to Gilead, Gilead is conducting two phase III studies in areas with high incidence of new coronavirus pneumonia in the United States, Asia and Europe. One of the studies focused on severely ill patients, and the other study focused on moderately ill patients. One of the many questions to be answered by these studies is whether the treatment time can be shortened from 10 days to 5 days.

“The number of severely enrolled patients has reached the original design requirements, and we have now expanded the scope of the study to allow more patients, including patients who receive mechanical ventilation, to participate.” Daniel O’Day released on the 10th Mentioned in the open letter.

In addition, the National Institute of Allergy and Infectious Diseases (NIAID) began a global trial on February 21. The trial will randomly assign patients to use dexavir or placebo to compare the trial results. The trial is enrolling approximately 800 patients with different symptoms.

In terms of approval, in March of this year, the US Food and Drug Administration (FDA) announced that it had approved the orphan drug certification for the potential effective drug for the treatment of the new crown, reddixvir, and the indication is the new coronavirus pneumonia (COVID-19).

However, this matter has caused a lot of controversy, and some people in the industry worry that the orphan drug qualification may affect the accessibility of ridxivir.

On the other hand, Gilead can’t wait to expand its production capacity.

Daniel O’Day published an open letter on the 4th of this month, emphasizing that the full production time of Redcive has been reduced from about one year to about six months.

He also emphasized that Gilead is striving to produce more than 500,000 courses of medicine by October, and the supply will exceed 1 million courses by the end of this year. 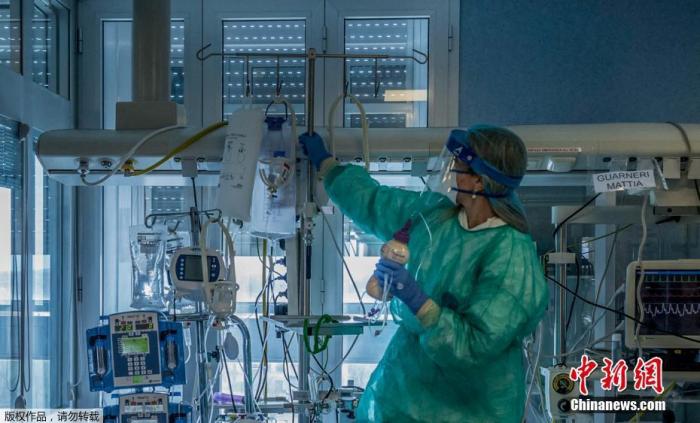 The world is stepping up to find effective treatments.

Today, the spread of the new coronary pneumonia epidemic in the world is still grim.

According to real-time statistical data from Johns Hopkins University in the United States, as of 17:45 on April 11, Beijing time, there were more than 1.7 million confirmed cases of new coronary pneumonia and more than 100,000 deaths worldwide.

In addition to the high hopes of Ridesivir, at present, the development and testing of other drugs are also in progress.

The National Institutes of Health (NIH) announced on the 9th that it will start a clinical trial for the antimalarial drug hydroxychloroquine. This review aims to study the safety and effectiveness of its treatment of patients with new coronary pneumonia.

The study was conducted by the National Heart, Lung, and Blood Institute (NHLBI) under the NIH, and the first patients participating in the clinical trial are being registered at the Vanderbilt University Medical Center in Tennessee, USA.

On the 9th, the Russian Ministry of Health launched six drugs to treat new coronary pneumonia, and three are in clinical trials. These drugs include chloroquine, hydroxychloroquine, lopinavir + ritonavir, azithromycin (in combination with hydroxychloroquine) and interferon agents.

At the same time, WHO and partners have also launched the “Unity” clinical trial. This international clinical trial aims to help find effective treatments for new coronary pneumonia.

It is reported that the “Unity” clinical trial compares the four treatment options with standard care to evaluate their relative effectiveness in treating new coronary pneumonia. Based on laboratory, animal and clinical research evidence, the “Unity” clinical trial selected the following treatment options: ridacive, lopinavir / ritonavir, lopinavir / ritonavir and interferon beta- 1a. Chloroquine or hydroxychloroquine.

The “Unity” clinical trial recruits patients in multiple countries with the goal of quickly discovering whether any drugs can slow disease progression or improve survival. Based on emerging evidence, other drugs may also join the trial. (End)