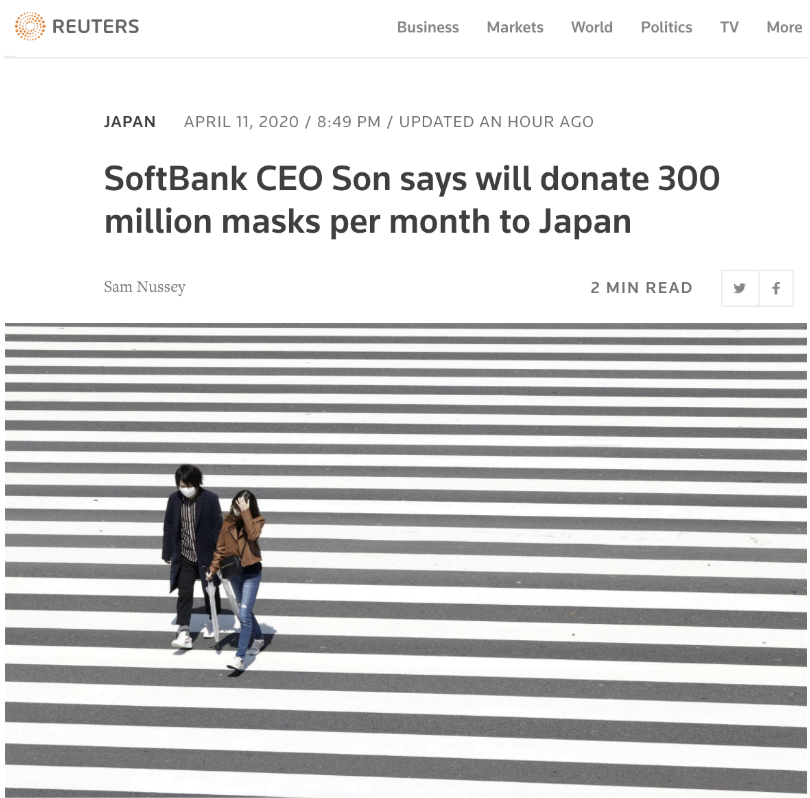 Sun Zhengyi tweeted that Softbank will work with the Japanese government’s “mask team” to provide two different masks, which are given priority to medical personnel to solve the shortage of masks caused by the new crown virus outbreak.

Sun Zhengyi revealed that BYD has established a new production line for masks. It is reported that Sun Zhengyi has a long history of cooperation and investment with Chinese companies. 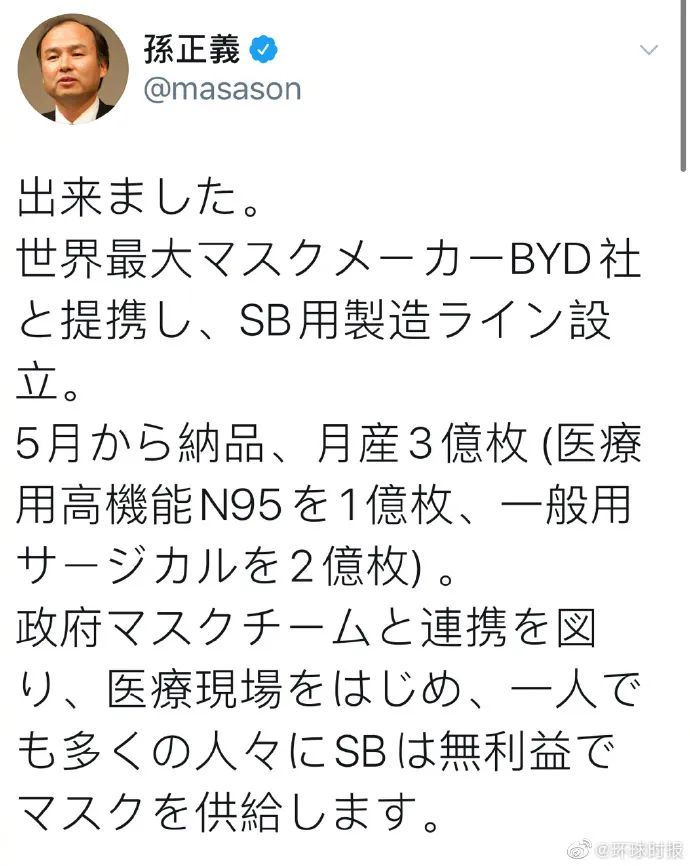 After the outbreak of the new crown virus in Japan, Sun Zhengyi once tweeted that the Japanese government did not pay enough attention to the severity of the epidemic, exacerbating the difficulty of implementing social estrangement and other measures to control the epidemic.

Japan, new crown pneumonia, News, SoftBank Group, Sun Zhengyi
Previous PostThe results of the clinical trial of redoxivir are here! How effective is the “star medicine”?Next PostInstitutional statistics: The United States has become the country with the most deaths from new coronary pneumonia