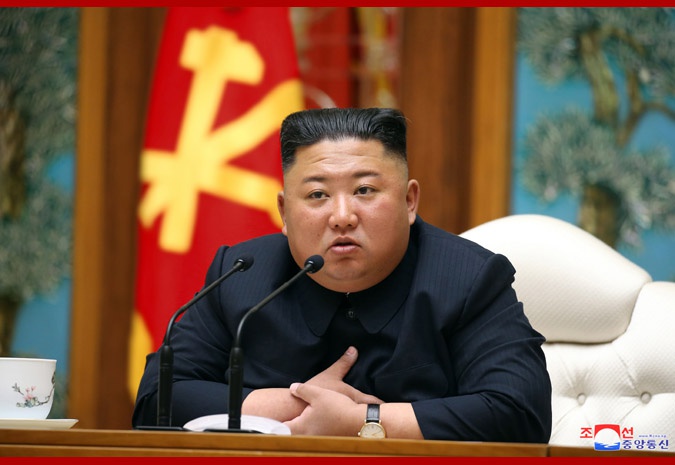 It is reported that the new coronary pneumonia epidemic that occurred at the end of last year has rapidly expanded to the world, and it has become a major disaster that threatens all mankind across national borders and continents. The danger of the epidemic is difficult to eliminate in a short period of time. Certain obstacles. North Korea launched super-premium emergency epidemic prevention measures from the beginning, effectively adopted national epidemic prevention measures, thoroughly guaranteed organization, consistency and obligations, and successfully maintained a very stable epidemic prevention situation. In response to the continued spread of the global new coronary pneumonia epidemic, the meeting called for the continuation of strict implementation of a national response plan to completely cut off virus inflows.

In view of the current internal and external environment, the meeting conducted an in-depth study and discussed countermeasures for coordinating and changing some policy tasks of the fifth Plenary Session of the Seventh Central Committee. The meeting adopted a joint resolution of the Central Committee of the Workers ’Party of Korea, the State Council, and the Cabinet,” We must further take effective national measures to protect the lives of our people against the global virus epidemic. ” The joint resolution calls for continued efforts to increase national emergency epidemic prevention efforts, and reflects specific goals such as economic construction, the strengthening of national defense forces, and the stability of people ’s lives this year, as well as party and government organs, mass organizations, and armed forces.

The meeting reviewed and approved the “Problems for the Cadres to be Deliberated at the Third Session of the Fourteenth Supreme People’s Congress”.

Kim Jong-un said that according to the new resolutions and tasks proposed by the Politburo meeting through a joint resolution, party organizations, cadres, and party members at all levels have worked harder and stronger and set off a revolutionary upsurge in thoroughly implementing the party’s central policy guidelines. (Zhang Min, Overseas Network)