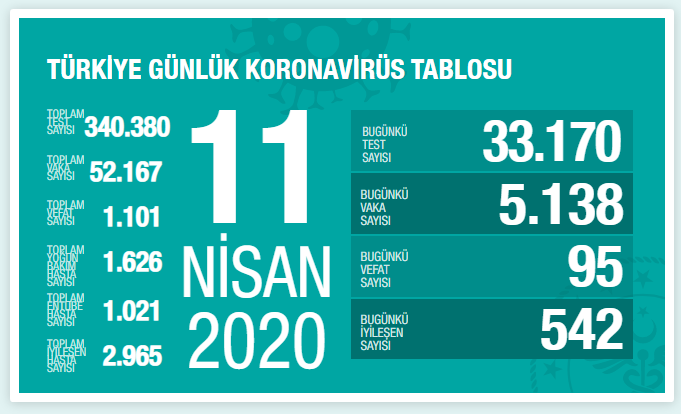 [overseas online April 12 | Contagion full-time zone] According to the Turkish “Sabah Daily” reported that the Turkish Ministry of Health It is said that the number of newly diagnosed cases of new coronary pneumonia in the country surged 5138 cases in a day, and a total of 52167 cases were diagnosed. There were 95 new deaths and a total of 1101 deaths. Of the confirmed cases, 1,626 were still receiving intensive care, 542 were cured and discharged, and the cumulative number of cured cases reached 2,965.

To curb the spread of the new coronary pneumonia epidemic, the Turkish Ministry of the Interior announced a two-day curfew in 31 provinces at midnight on Friday (10th). On the 11th, Turkey conducted a total of 33,170 new crest virus tests, with a total of 340,380 tests. 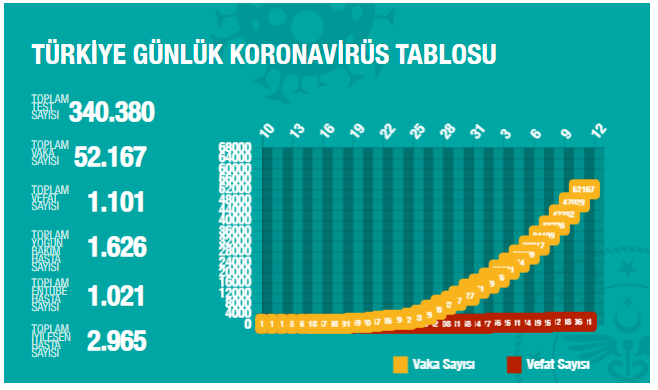 “It is foreseeable that as the number of tests increases, our number of confirmed cases is also rising.” Turkish Health Minister Koja said on Twitter, “We diagnose faster and treat It started earlier, and the number of severe cases did not increase synchronously, and Turkey has achieved considerable success in treatment. “(Overseas Net Chen Yanan) Wu Jinming