Foreign media: The United States became the world’s first country with more than 2,000 new deaths in a single day

Original title: Latest! Foreign media: The United States became the first country in the have more than 2,000 deaths in a single day 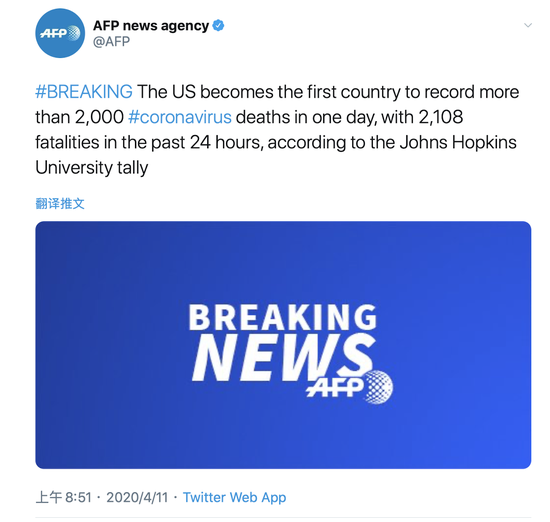