Famous American Virologist: It is too early for the United States to talk about turning points

Home Health Famous American Virologist: It is too early for the United States to talk about turning points
Health, Politics
April 11, 2020April 11, 2020By daydayhub
0

Original title: Exclusive | American famous virologist: It is too early for the United States to talk about the inflection point

. What are the difficulties in detecting new crown antibodies? How accurate is it? Does the body gain immunity after producing antibodies? First Financial exclusive dialogue with Robert Gallo, a world-renowned virus expert.

Researchers from all over the world are stepping up their efforts to study new methods for detecting coronavirus antibodies, helping to screen infected people and understand the spread of the epidemic. What are the difficulties of large-scale antibody testing? How accurate is it? Does the body’s production of antibodies mean immunity to viruses?

With these questions, the first financial reporter interviewed Dr. Robert Gallo, a world-renowned virus expert and co-founder and director of the Institute of Human Virology at the University of Maryland School of Medicine. 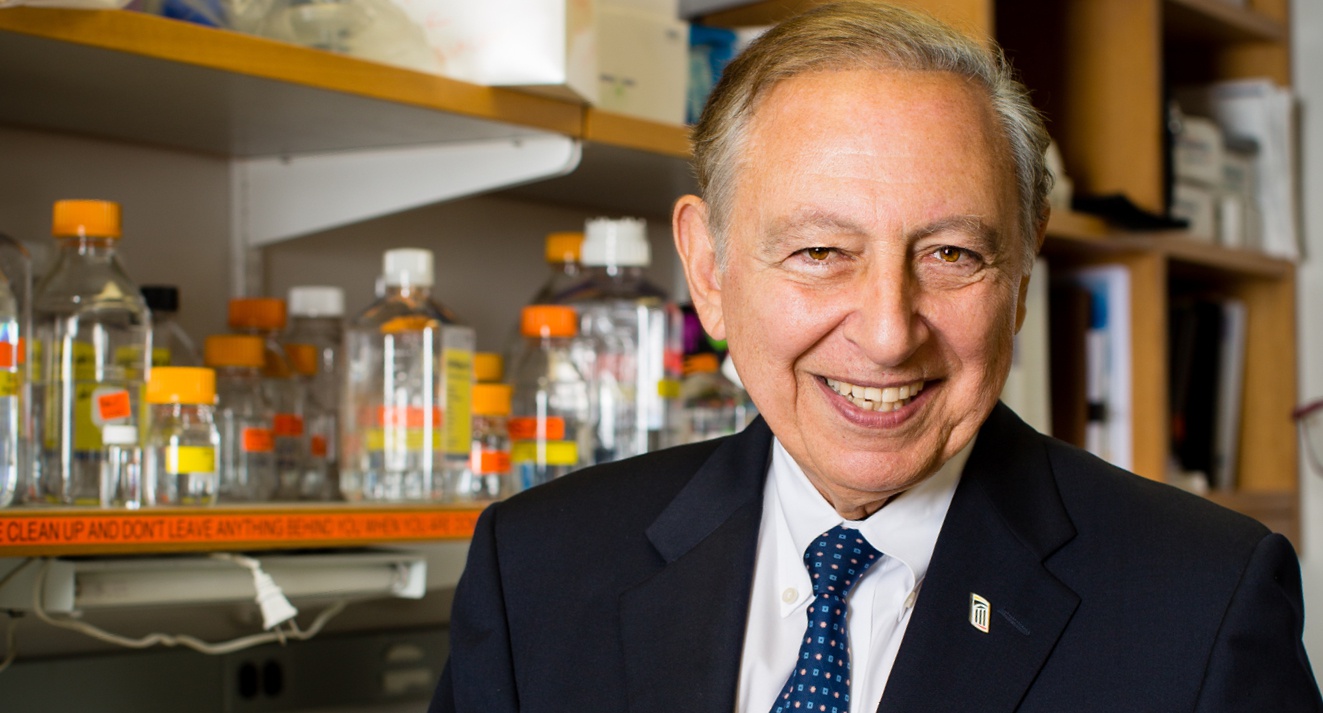 Difficulties in antibody detection: What are the difficulties in detecting antibodies against the new crown virus antibody ? Dr. Gallo told CBN that the first step is to clarify which antibody to test, which will help to eliminate false positives and determine the accuracy of antibody testing. Therefore, the immunoglobulin used for detection must have high specificity and cannot cross-react with other viruses, otherwise it will interfere with the detection results.

On April 2, the US Food and Drug Administration (FDA) urgently approved the first new coronavirus antibody detection method in the United States, authorizing Cellex to conduct antibody testing, which will look for immunoglobulin M (IgM) and immunity in serum samples Two types of antibodies to globulin G (IgG).

However, Dr. Gallo said that the current antibody tests are not accurate enough, and it takes time and research to prove that the immunoglobulin used is specific. “Some coronaviruses do not cause severe symptoms and only cause common influenza, but cross-reactions occur during antibody testing, which results in a positive test result. I doubt most of the current tests, or even all tests, have too much false positive. “Phenomenon.”

He said that he needed to know which viruses the New Coronary Pneumonia virus cross-reacted with to ensure that the protein used in the test was directed against the new Coronary Pneumonia. He expects that researchers will be able to solve this problem in the next three or four months.

Immunize with antibodies? Gallo: To be verified

In the epidemic of the United States epidemic New York State, Governor Cuomo (Andrew Cuomo) announced on April 7 that in order to restart the economy as soon as possible, after the approval of the US Food and Drug Administration (FDA), a large-scale antibody test will be launched to help people return to normal life as soon as possible.

Before the antibody test was carried out in the United States, China and Singapore have used relevant tests to trace the epidemic; according to reports, the British government has ordered 3.5 million antibody test kits, which are planned to be distributed to home isolates, and millions of kits will be ordered in the future It was distributed to frontline workers; the Australian health department said it plans to test antibodies for 15 million people; France plans to test antibodies for most of the population, with a daily test number of 200,000 to 300,000. The test results will be used to evaluate the lifting of the closure of the city and the implementation of targeted isolation measures, and to formulate a subsequent “exit” strategy.

Can I gain immunity with antibodies? Dr. Gallo said that in most cases, the human body can be protected from viruses after producing antibodies, but not all viruses are suitable. In some cases, antibodies may worsen the condition. Taking dengue fever as an example, when the human antibody concentration is in a certain range, the possibility of hemorrhagic fever / dengue shock synthesis will be 7 times higher than those who have never been infected or higher than this concentration range, and the secondary infection At times, the patient’s symptoms will worsen.

Is the US epidemic a turning point? Gallo: As early as

March 31st, US President Trump said at a White House press conference that Americans need to be prepared for two weeks. At the end of the next two weeks, many officials are cautiously optimistic about the development of the US epidemic. Anthony Fauci, director of the National Institute of Allergy and Infectious Diseases, said in an interview with Fox Broadcasting Corporation (FOX) on April 8, The number of deaths will continue to rise this week, but the number of newly diagnosed will be close to the peak, it is expected that the US epidemic will usher in an inflection point next week. On the 10th, Trump said at the White House press conference that the number of deaths in the United States will be much lower than the previously estimated 100,000-200,000. He said that the hospitalization rate in New York State has fallen in the past few days, and the number of new nationwide additions has also leveled off. These data basically indicate that the epidemic situation is approaching its peak.

In this regard, Dr. Gallo believes that the epidemic in China is mainly concentrated in Wuhan, and the overall trend can be judged based on the Wuhan epidemic. The conditions in the United States are different. Not every state ’s curve is slowing down, and the number of newly diagnosed areas is still rising. It is not yet possible to draw a conclusion that the inflection point is coming. He pays attention to the index of newly diagnosed number. When the number of newly confirmed diagnoses in all states begins to decline, and the epidemic situation in all states reaches the platform period, the dawn of the US epidemic situation really appears.

As of press time, according to statistics from Johns Hopkins University, the cumulative number of diagnoses in the United States is 473,000, and the number of deaths is close to 18,000.

Dr. Gallo said that China shared the information with the organization at the early stage of the outbreak to provide reference for the prevention and control of other countries. When the Italian epidemic broke out, the government immediately contacted Chinese medical experts to follow the Chinese epidemic prevention methods and try to minimize the mortality rate and achieve results. In addition to strengthening international collaboration and communication, the organization’s research centers in Belgium and Australia are conducting new crown drug testing, and its branches in New York State and Italy are jointly conducting relevant clinical trials.