Home Health What China has just experienced may just be the prelude to this epidemic
Health, Politics
April 10, 2020April 10, 2020By daydayhub
0

Original title: What China has just experienced may just be the prologue to the epidemic

and cannot be won.

So, the new crown between humans and the virus

is only one way to go 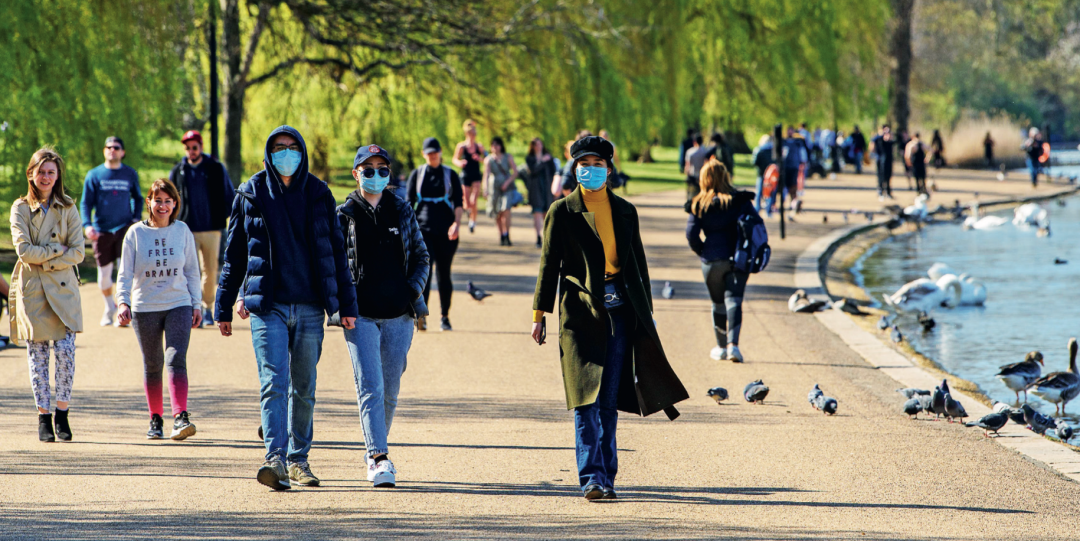 On April 4, many citizens took a walk in Hyde Park in London, England.

At present, the new crown epidemic has been basically controlled in China, and there are only dozens of new cases every day, mainly from “import” from abroad. Compared with more than 3,000 cases diagnosed in one day at the peak Calm and calm. After all, these imported cases have to pass through the border and customs, and are easy to be found, traced and controlled. It seems that this “massive” epidemic has passed.

Actually, otherwise, what happened in China in the past three months seems to be just the prelude to this plague war of the century.

On February 4th, 3887 new cases were diagnosed in China. That was a figure that made all Chinese people restless, sweeping away the festive atmosphere of the Chinese New Year festival. Outside of China, He Qinghaiyan has a total of 159 patients. At that time, who would have thought that the epidemic in two months later would have spread in the East China Sea. On April 5, the total number of new crown patients in China was 82,930, while the total number of cases outside China had risen to 1,118,693. Over the past 60 days abroad, the epidemic has spread continuously at a rate of 16% per day. Even if it develops at this rate for another 60 days, the total number of new crown patients worldwide will reach 100 million.

This is not sensational. If countries do not take active and decisive measures, it will soon become a reality. Moreover, this is not the worst case, because the growth rate of 16% is mainly calculated based on the data of Western developed countries, and the development of the epidemic situation in developing countries has not been considered.

These two relationships illustrate an important issue. It is not that poor countries have resistance to the new coronavirus, but that they have insufficient detection capabilities and many patients are not found. For example, India is 1 / 100th of the detection capacity in the United States, and the cumulative number of cases in India is approximately 1 / 100th of the United States (4314/337933). India ’s health emergency capabilities and disease prevention and control resources are far inferior to those of the United States. We have no reason to believe that the total number of cases in India is only one percent of the United States. On the surface, the developing countries are calm, but in fact they are undercurrents.

How to do? Reconciliation, or begging?

Britain is the representative of the begging route, giving the virus too many concessions. However, the virus is not a human being. I do n’t know what it means to beg and he will not retreat because of your beg and peace. Instead, he will be pressed step by step. As a result, the number of people infected with New Coronavirus in the UK has risen rapidly, with a case fatality rate close to 10%. Even the prime minister has been infected and has entered the ICU. The surging patients faced a huge test for the entire medical system. The Prime Minister continued to persuade the public even when he was ill: to ban at home is to protect the national medical system from collapse and to save the life (stay at home, protect the NHS and save lives).

The 93-year-old Queen of England also appeared on TV and shouted emotionally to the people of the country: “I hope that in the next few years, everyone will be proud of how they have responded to this challenge. Our juniors will say, this A generation of British people is as strong as others. Self-discipline, quietness, determination, and compassion are still the characteristics of this country. Pride in identity is not part of our past, it determines our present and future. ”

The war situation in Britain can be seen Spotted.

Begging is a huge price to pay. Therefore, what we need to do is peace, not beg peace. Negotiation is to let the virus make the greatest concession and minimize human losses. At present, the “water level” of the epidemic in the past four weeks is very high, but China’s “water level” is very low, and there is always a risk of “large water pressure ceiling”. As long as China’s “water level”, the group’s immunity, does not improve, we are always at risk of being crushed again by the epidemic.

A good warrior first becomes unbeatable and waits for the enemy to be victorious. Therefore, our current strategy must be to prevent the epidemic situation from outside the country, first stand in an invincible position, and then wait for the opportunity to defeat the enemy.

The epidemic will continue to knock on the door and challenge before we can secure the victory. Therefore, we need to make preparations for a side-by-side peace. The fight is for the final peace. In order to prolong the time and accumulate power, we need to find the best conditions and opportunities for bargaining with the virus.

So, what is the capital that we can bargain with the virus now? Foot forbidden and isolation were the magic weapon for us to win, but after all, killing the enemy by 1,000 damages 800, the life and economic cost are very high, and we will not form a comprehensive permanent immune barrier because of it, and the virus will be broken again at any time. danger.

Therefore, what is facing the Chinese now is a difficult and likely problem that must be faced with: how to increase the level of group immunity in the dance with the virus. We have to wait until the epidemic situation in foreign countries has basically subsided and only sporadic cases have been opened, and the gates must be opened carefully and preparedly. At that time, there will be no flooding, and sporadic cases and small outbreaks can be extinguished in time. We have achieved an overwhelming victory in the first stage, and it is possible to calmly deploy the second stage. How to fight at this stage must be accurately controlled, otherwise there will be a major epidemic.

new coronary pneumonia, News, Outbreak
Previous PostStigma, rumours, moral ties to China … Some people are really anxiousNext PostThe number of ICU patients in California has declined for the first time since the outbreak