Original title: The US State Department urged citizens abroad to return home as soon as possible, refused Limei Gong Min: I am in Beirut “safer”

[Global Network reported reporter Wu Yuan-chun] US Department of State Bureau of Consular Affairs April 3 tweet calling overseas US People return home as soon as possible. However, according to a report by CNN on the 9th, as the United States became the new “epicenter” of the new global crown epidemic, the cumulative number of newly diagnosed cases of new coronary pneumonia continued to be the highest in the world. Choose to stay locally, “because it is safer there.”

9th tells such a story.

When Carly Fuglei was with a group of Danish friends in Beirut last month, she considered returning to the United States for the first time. Worried about a large-scale new crown outbreak in Lebanon, her Danish friends are preparing to leave the country and trying to persuade her to do the same.

But now, the 28-year-old humanitarian consultant from Montana has decided to stay there. After Lebanon closed the border on March 19 to prevent the spread of the new crown epidemic in the country, she began decorating the roof terrace. The report said that because she realized that her time in Beirut would be extended indefinitely.

“I made this decision for personal reasons and our prediction of the new coronavirus,” Fogli said. “I think I might be safer here.” The

report further stated that Fogli’s decision also made Several other American citizens in Beirut were responded to by CNN, and they were based on the rising number of confirmed cases of new coronary pneumonia in the United States. 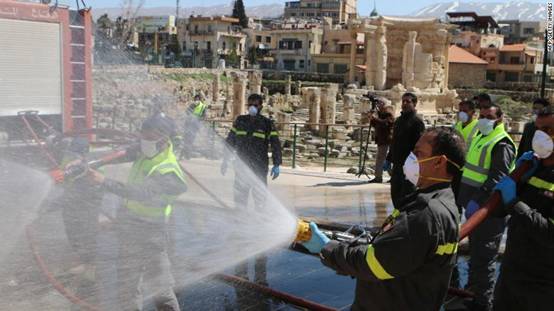 CNN said that when the US government said last week that it would charter a plane for $ 2500 per person to return overseas U.S. citizens and permanent residents to the United States, some Americans publicly rejected this proposal.

“Oh no, mom, I won’t go back (United States),” Abby Sewell, a freelance writer in Beirut, wrote on Twitter about the US embassy statement.

A Lebanese reporter replied to her Twitter: “This time, I think there is no place in the United States that is safer than here.” Suwell ’s mother Meg Suwell replied: “Actually, I may not I disagree with you, boy. ”

Suwell told CNN that she never considered accepting the proposal of the US embassy. She explained: “All the materials I have seen show that the situation in the United States is even worse from the perspective of the number of cases, preventive measures, or the lack of related preventive measures in the United States, or the overburden of the medical system.” In addition, because I have lived overseas for many years and now do not have medical insurance in the United States, if I really go back and get sick, I will have to pay a few thousand dollars (medical expenses) out of pocket. “She said.

CNN reports quoted an official from the US State Department as saying that on the morning of April 5, the US embassy airlifted 95 American citizens in Lebanon back to the United States. But it is estimated that there are thousands of Americans living in Lebanon, many of whom also have Lebanese citizenship.

The report said that when asked about Americans who believe Beirut is safer than the United States, the official declined to comment.