The four aircraft carriers “stroke”, and the US military still needs to “show sick muscles”?

It is incredible that despite the epidemic, according to the “USA Today” report on the 9th, the US military still plans to send the “Nimitz” aircraft carrier to the sea to carry out its mission. US Defense Secretary Ai Sipo 7 in convening senior generals also give directions: “We have to take into account the safety of the crew, but still want to get ‘Roosevelt’ aircraft carrier to sea as soon as possible.”

Let there have been confirmed cases of the aircraft carrier out to sea, Would it be a good idea? The cabin space on the aircraft carrier is narrow, officers and soldiers must share living space with others, and there are often fixed gathering activities, it is almost impossible to maintain social distance, and the possibility of large-scale aggregate infection is extremely high.

The high level of the US military is eager to let the aircraft carrier “flight out”, which just shows that they did not take the lives of American soldiers seriously. What they were thinking about was how to maintain American hegemony, and they only had to fight against other countries.

The top level of the US military is concerned that if the aircraft carrier cannot be dispatched, it will greatly weaken the deterrent power of the United States against other countries, including of course China. 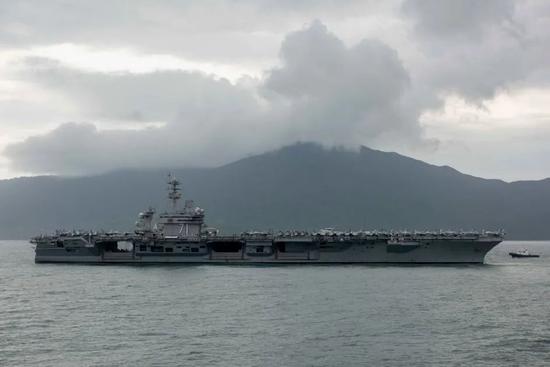 ▲ “Roosevelt” aircraft carrier (pictures of the US Navy)

It is worth noting that the four US carriers that recently experienced an epidemic are all part of the Pacific Fleet.

It is not difficult to imagine that the senior US military still hopes to do its utmost to maintain the forward deployment of the aircraft carrier in the Western Pacific region in order to maintain its deterrent power against China and other countries. Even at the cost of the lives and health of US soldiers, they are not hesitating.

The tragedy of the aircraft carrier “Roosevelt” is proof. After the carrier experienced an epidemic in late March, Captain Crozet wrote a letter of assistance to the military ’s top management requesting the evacuation of personnel on board, but the military was concerned that there would be an “aircraft carrier empty window period” in the Western Pacific. Until the tragedy caused.

The United States has always regarded itself as a “teacher of human rights” and prides itself on attaching great importance to the lives and safety of soldiers. However, in order to maintain the hegemony of the United States, high-ranking US military officials have done exactly the opposite. 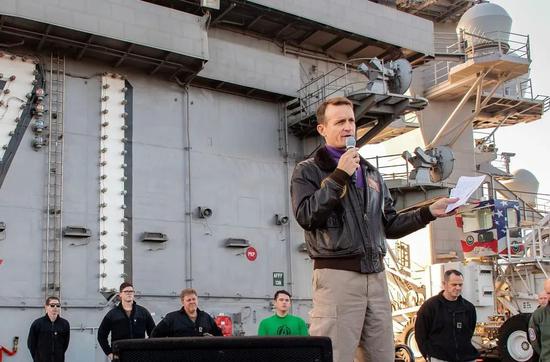 “The Roosevelt” captain Krose said in a letter to the high-level: “We are not in combat, and there is no need for naval personnel to die.” In the face of the painful lesson of the “Roosevelt,” the senior US military and government should have some Touched.

The United States has now become the country with the most confirmed cases. At this time, the US military should concentrate on fighting the epidemic and safeguarding the health and safety of its own people and soldiers; instead of always thinking about containing other countries, the health and life of US officers and soldiers should be used as a bet to send aircraft carriers to other countries.

The strength of the US military is second to none in the world, but if the number of people with new coronary pneumonia is also the highest, it will undoubtedly become the laughing stock of the international community.

Aircraft carrier, News
Previous PostPompeo accuses the WHO of taking US taxpayer money but not fulfilling the taskNext PostThe first deal to shake the hegemony of the dollar, Germany and Iran quietly completed