The first deal to shake the hegemony of the dollar, Germany and Iran quietly completed

Home Health The first deal to shake the hegemony of the dollar, Germany and Iran quietly completed
Health, Politics
April 10, 2020April 10, 2020By daydayhub
0

Original title: The first deal to shake US dollar hegemony, Germany and Iran quietly completed the 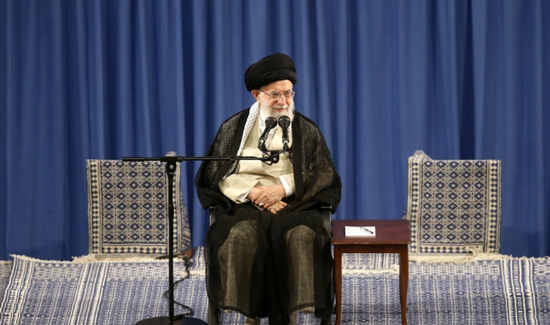 Net On April 8, local time, the German Ministry of Foreign Affairs announced that it had confirmed the first deal with Iran under the INSTEX mechanism.

This transaction was quietly completed during the epidemic. Of course, the United States also knows.

The creation of INSTEX is to bypass the United States

so-called INSTEX of the , that is, “trade support tool”. After the Trump administration unilaterally withdrew from the Iran Nuclear Agreement (JCPOA) in May 2018 and restarted a series of sanctions and embargoes on Iran, Europe A set of settlement mechanisms established by multiple countries.

This mechanism aims to create a “virtual ledger” to “balance offset” trade between participating countries and Iran, thereby bypassing the financial sanctions imposed by the United States against Iran and ensuring that the most basic bilateral trade between European countries and Iran can Proceed as normal without being constrained.

It was Germany, France and the United Kingdom that initially advocated and joined this mechanism. It was established in January 2019 and is headquartered at 139 Bercy Street, Paris, France. In November of that year, six countries including Belgium, Denmark, Finland, the Netherlands, Norway and Sweden joined INSTEX.

However, this “looks beautiful” setting actually has many obstacles in its actual operation: due to widespread concerns about the “long-arm jurisdiction” of the United States, some European countries participating in the INSTEX mechanism “salute but not pay”, but just sing high-profile, but Too late to act.

For the same reason, many European companies are worried about using the INSTEX mechanism to do business with Iran, and even prefer to withdraw from the Iranian market, not angering the United States to cause trouble.

Because of this, until February of this year, INSTEX9 was late to launch the so-called “dispute settlement mechanism”. Its main content is that according to a regulation issued by the US government in October 2019, the so-called avoidance of violations of the US ban was added. “Due Diligence”.

Subsequently, the neutral European country Switzerland, which was not within the framework of INSTEX, reached the first humanitarian material transaction with Iran in accordance with the principle of this “dispute settlement mechanism”. After the outbreak, on March 14, a spokesperson for the Iranian Ministry of Foreign Affairs announced that Iran had received medical equipment and financial support from China, Japan, Qatar, Russia, Turkey, France, Germany, and the United Kingdom, and expressed its gratitude. However, the three countries called France, Germany, and Britain were undecided at the time.

On March 31, the Iranian media announced that it had reached the first transaction with Europe under the INSTEX mechanism, and that the traded products were necessary for the medical equipment necessary to respond to the new crown epidemic. On April 8th, the German Ministry of Foreign Affairs acknowledged the transaction and expressed the hope that the move will straighten out the INSTEX mechanism “to provide a sustainable long-term solution for legal trade between Europe and Iran.”

Since the Iranian economy relies heavily on oil exports, since the US unilaterally retired, the world ’s second-largest oil exporter, the daily oil export volume has dropped from 2.5 million barrels to 300,000-500,000 Barrels, greatly reduced revenue, which led to a decline in Iran ’s domestic economy and severely affected people ’s livelihood.

What’s more terrible is that Iran’s domestic necessities have a low self-sufficiency rate and need to consume foreign exchange imports. The sharp reduction in oil exports has reduced foreign exchange income, and the cut off of foreign trade channels has caused many necessities to be out of order. Faced with the dilemma of “importing necessities without money” and “unable to import necessities smoothly even with money”.

The outbreak of the epidemic has worsened the Iranian economy and people’s livelihood, because the outbreak response measures not only exacerbated its economic, employment and market supply pressures, but also the surging nucleic acid testing, personal protection and humanitarian needs, and even worsened the sanctions on the sick Iran.

However, Iran, which has been tried and tested by sanctions, and INSTEX 9, which are determined to resume normal trade with Iran but are unwilling to offend Americans, see the “opportunity” from the “danger”: with the help of “humanitarian urgent need” and “epidemic prevention needs This “hard truth” that even the United States does not necessarily mean to “interrupt” directly, the first Euro-Iranian transaction under the INSTEX system was quietly completed 14 months after the mechanism was formed.

It is just a vent.

However, the completion of this transaction does not necessarily mean that the trade between Iran and the EU has found a “normalized door”. At best, this is just a vent.

Among the E3 leaders, the most “dare to dare” French President Macron made the boldest attempt of INSTEX9 so far in September last year-announcing a credit line of 15 billion U.S. dollars to Iran for its oil supply.

But this bold attempt lasted only three weeks, because the Saudi oil storage facility was attacked, and the United States continued to exert pressure.

From March 21, Iran enters a new fiscal year. In this new fiscal year, it will be almost difficult for Iran to count on oil export revenues, and the last eight countries that are included in the Iranian oil import exemption list by the United States also have exemptions. Expires earlier than May 2019. All this means that Iran cannot wait for the early activation of INSTEX.

But the reason why the United States wants to “retreat from the masses” is to kill Iran’s oil exports. The purpose is to kill the Iranian economy, thereby forcing the latter to sign an alliance under the city that is beneficial to the United States.

Both Iran and Germany admit that this “first” amount is extremely small and is only directly related to epidemic prevention. Due to international public opinion, the United States is reluctant to pretend to be deaf and dumb. It ’s another matter entirely. As for Iran ’s most concerned and most capable of solving the urgent oil trade, I ’m afraid I do n’t even think about it for the time being.

In the foreseeable future, Iran will still use the epidemic to talk about things and strive to promote the expansion of the scope of application of the INSTEX mechanism-but it is also plagued by the new crown epidemic, and the internal response to Europe at this time due to the epidemic, I am still afraid to go forward Go too far.