Foreign media: Chairman of the ad hoc arbitration tribunal in the South China Sea arbitration case died due to illness

, according to “Ghana News” 10, 2007, the International Tribunal for the former judge, President of the South China Sea arbitration temporary arbitral tribunal · A · Thomas Mensah (Ghana and the United Kingdom Nationality) died in London on April 7 due to illness.

Regarding the so-called final award made by the interim arbitration tribunal in the South China Sea arbitration case, the Chinese Ministry of Foreign Affairs has solemnly stated many times that the Philippines unilaterally filed arbitration in violation of international law. 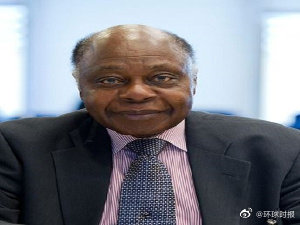 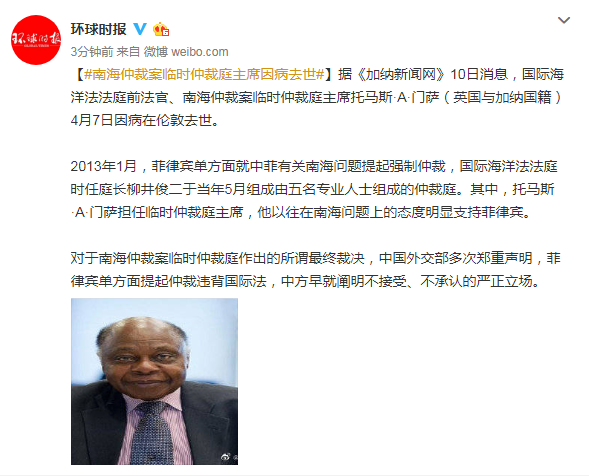