Where did the New York epidemic come from? An important discovery by American experts!

Home Health Where did the New York epidemic come from? An important discovery by American experts!
Health, Politics
April 9, 2020April 9, 2020By daydayhub
0

Original title: Where did the New York epidemic come from? An important discovery by American experts!

“The New York Times” reported on the 8th that the latest research by US experts showed that the new coronary pneumonia outbreak in the New York area was mainly imported from Europe, not Asia.

The report said that the latest genetic research shows that the new coronavirus began to spread in the New York area as early as mid-February, which is a few weeks before the first confirmed case, and the virus is mainly carried by European travelers to New York, not Asia Passengers.

“Most are obviously from Europe,” said Harm van Bakel, a geneticist at the Icahn School of Medicine at Mount Sinai in New York, who co-authored a study The report is waiting for peer review.

Both teams have analyzed the new coronavirus genome from confirmed cases in New York since mid-March. The study found that the new coronavirus is likely to spread in a hidden state earlier. If the government implements an active detection program, the virus can be discovered earlier.

The report pointed out that on March 11, the United States imposed a travel ban on most European countries, but New Yorkers had “returned home with the virus”. 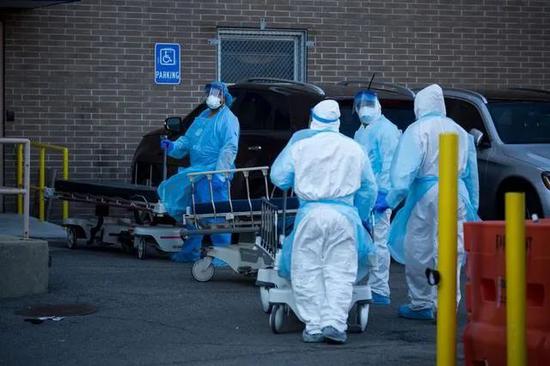 April 6, outside a hospital in New York, the medical staff sent the body of the dead patient to a temporary refrigerated truck and pushed back with an empty bed. Xinhua News Agency

reported that according to Bloomberg News, researchers at New York University Langone Health Center (NYU Langone Health) said they analyzed a sample of 75 patients diagnosed with new coronary pneumonia at the New York Regional Hospital last month, of which about three-thirds The second sample is from Europe.

Adriana Heguy, a geneticist at the Genome Technology Center at the medical center, said the virus appeared to have been imported into New York from several European countries such as the United Kingdom, France, Austria and the Netherlands.

Among the first cases collected by the Haiju team in early March, there was a resident from Long Island who had no history of travel, but his viral genome was related to the virus spread in the United Kingdom, indicating that the patient was associated with the removal of the virus from the UK People have contacted.

According to the report, the results of the investigation indicate that even if the Trump administration imposed a travel ban on China, the new crown virus was still imported into the most populous cities in the United States through daily flights from Europe.

The study also pointed out that not all New York virus samples are from Europe. Some of them seem to come from the west coast of the United States, while others seem to be directly related to Asia. This shows that there are many chains of spread in New York. 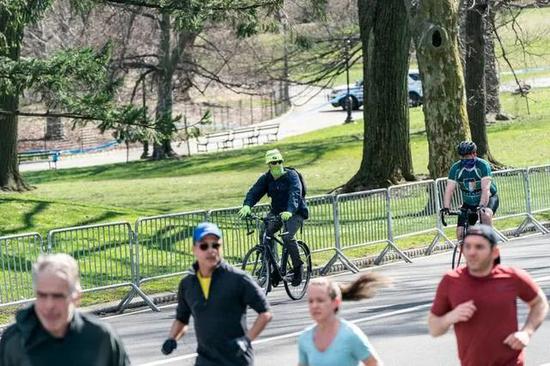 According to a Reuters report, on the 8th, New York Governor Como announced that 779 people had died of new coronary pneumonia in the past 24 hours, breaking the highest record that had just appeared the previous day. It is reported that in New York State, the most severe state of the epidemic in the United States, the rapid growth of deaths has surprised doctors.

CNN reported on the 8th local time that according to a poll by the market research company SSRS, 55% of the respondents believe that the US federal government has done very poorly in preventing the spread of the new coronavirus, and this proportion has increased in about a week 8 percentage points.