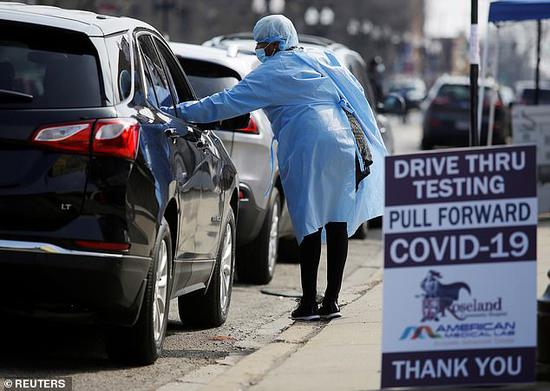 Pictured in the United States under the Epidemic (Pic: Reuters)

[Overseas Net April 9th | Full Epidemic Time Zone] On the 8th local time, the US Centers for Disease Control and Prevention announced a survey that said a man with mild coronary artery disease in Chicago was a “super spreader.”

According to the “Daily Mail” and “International Financial Times” reports, the investigation showed that the community infections that occurred in Cook County, Illinois can be traced back to a person, it is this Chicago man. As early as late February, he had already appeared at a friend’s funeral. Three days later, he attended a birthday party. On the day before the funeral, he also had a meal with people for 3 hours. It was not until March 21 that Illinois issued a “blockade order.”

The super-transmission incident caused about 16 people to be infected, aged between 5 and 86 years old, at least 10 of whom were directly infected by the man, and 3 people have died. Among the infected people, 3 had symptoms of new coronary pneumonia within 2 to 6 days, and 1 had to be hospitalized, but eventually died 1 month later. However, the man who was a “super communicator” did not realize that he was infected with the new crown virus.

The study was published in the Federal Agency ’s Weekly Morbidity and Mortality Report on April 8, and it tracks the reach of “super communicators”. The US Centers for Disease Control and Prevention believes that this is a good example of how important it is to comply with the recommendations of “social alienation” and “blockade orders.”