Italy implied or “did it all” with the EU!

Original title: Italy implies or “comes to the end” with the EU!

The finance ministers of the 27 EU countries held a video conference on the afternoon of the 7th to discuss how to revive the economies of various countries after the outbreak of new pneumonia. This meeting lasted for 16 hours. Until the morning of the 8th, it was still difficult for all parties to reach agreement on the economic assistance plan. Countries decided to continue consultations on Thursday. “European Times” commented that politicians in EU countries have recently published open letters in newspapers of other countries, saying that countries should unite against the epidemic, but when it comes to substantive issues, they can’t make a move.

Italy hinted or “common to all”

According to Agence France-Presse on the 8th, the video conference lasted from about 2:30 pm on the 7th until Wednesday morning, with repeated breaks and bilateral consultations. Representatives of various countries hope to reach a plan of 500 billion euros to save the economic decline caused by the epidemic and help member countries resume economic development after the epidemic. However, in terms of financing methods, countries have serious differences. Portuguese Finance Minister and Euro Group Chairman Centeno said on the 8th that after 16 hours of discussion, “we are close to reaching an agreement, but it has not yet been reached.”

French media and other media said that countries such as Italy and Spain, which were severely affected by the epidemic, hope to “jointly borrow” with the rich countries and issue “new crown bonds.” This proposal was categorically rejected by countries such as Germany and the Netherlands. Germany and others hope to use existing tools to deal with the economic impact of the epidemic, such as the European Stability Mechanism (ESM). Italy and other countries believe that ESM is not applicable to the current crisis, because obtaining loans from the mechanism needs to meet additional conditions. France supports Italy and Spain, but hopes to reach a compromise with Germany. Paris put forward the idea of ​​”revitalization fund” or “solidarity fund”, which is jointly borrowed by member countries, but the funds are only used for the medical sector and industries that have encountered serious difficulties. Later on the 8th, France and Germany stated that they had reached agreement on the terms of using the bail-out fund, which may have a total size of 240 billion euros.

According to the German “Daily Mirror” report, Italy and the Netherlands are the toughest countries against each other. Italy claims that its economy is on the verge of death, and only the “new crown bond” can bring it back to life. The accident chief Di Maio said before the meeting that if one country collapsed, all other countries would collapse. “Daily Mirror” said that he seems to be saying that if other EU countries do not rescue Italy, then everyone will “come to death”. Because the Netherlands will hold general elections, the Prime Minister and the Minister of Finance of the country are also very tough. “Agence France-Presse quoted sources as saying that the Netherlands said that if other countries do not commit to reform, the Netherlands cannot provide assistance.

According to Agence France-Presse on the 8th, the number of confirmed cases of new coronary pneumonia in Europe that day has exceeded 750,000 cases and more than 58,000 deaths. The finance minister failed to agree on an economic stimulus plan, European stock markets generally fell on Wednesday, and the euro also fell against the dollar and the pound. The two largest EU economies, Germany and France, are facing a “painful recession.” The

French central bank said on Wednesday , The country ’s economy contracted by 6% in the first quarter and fell into recession, which was its worst performance since 1945. For every 1 increase The five-day “closure” period will have an impact on the country ’s gross domestic product (GDP) by 1.5 percentage points. The German Economic Research Institute and other agencies warned on Wednesday that the German economy was paralyzed due to the epidemic. It will shrink by nearly 10%, which is double the period of the 2008-2009 financial crisis and the largest decline in Germany since 1970. 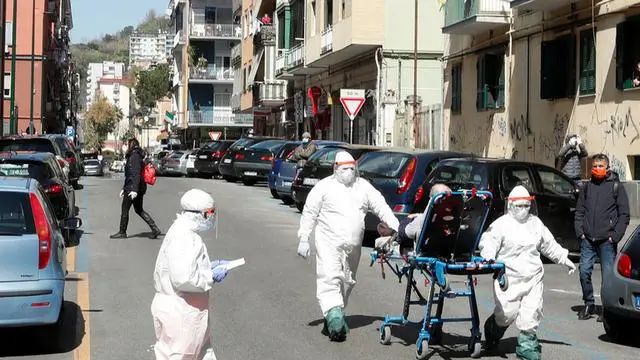