CNN reporter asked when to restart the US economy? Trump: can’t give a specific date

Home Health CNN reporter asked when to restart the US economy? Trump: can’t give a specific date
Health, Politics
April 9, 2020April 9, 2020By daydayhub
0

Original title: CNN reporter asked when to restart the US economy? Trump: Can’t give a specific date

According to Reuters, US President Trump said on the 8th that he hopes to restart the US economy in a “big bang” way, provided that the death toll of the new crown virus needs to decline.

At a press conference on the 8th of the White House, Trump said that the Centers for Disease Control and Prevention will issue guidance later in the day to ensure that key infrastructure construction workers are still able to work in the event of exposure to the virus.

A CNN reporter asked if he could give guidance on when the country would “return to work.” Trump said he would give a date before. He had expressed that he wanted the United States to “return to work” before Easter (April 12). But this time Trump said: “Because of this criticism, I don’t want to give a specific date.” Trump said that Easter is a very important holiday for many people, including himself.

Although Trump did not give a timetable for when to restart the economy, Larry Kudlow, his chief economic adviser, said on the 7th that it may be achieved within four to eight weeks.

The US presidential election will be held on November 3, and Trump is actively seeking re-election. He hopes to get the economy back to operation as soon as possible, but his medical adviser advises people to proceed cautiously, and fears that a premature return to normal may lead to another outbreak.

The report said that there are recent signs that the number of deaths in the United States may be lower than previously predicted by Trump and his team. At that time, the death toll may reach 100,000 to 240,000. These signs encouraged Trump and his team. “We have advanced,” Trump said.

He said that the economy can recover in stages, but “it would be nice to restart with a big bang.” However, he stated that “we must ensure the lowest decline in infection rates,” and he will rely heavily on experts to decide how to proceed. 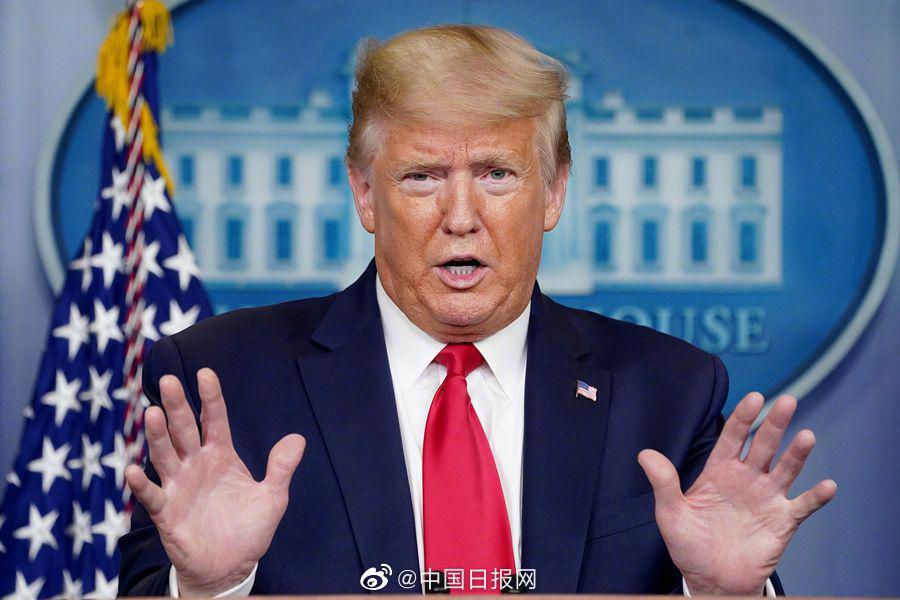 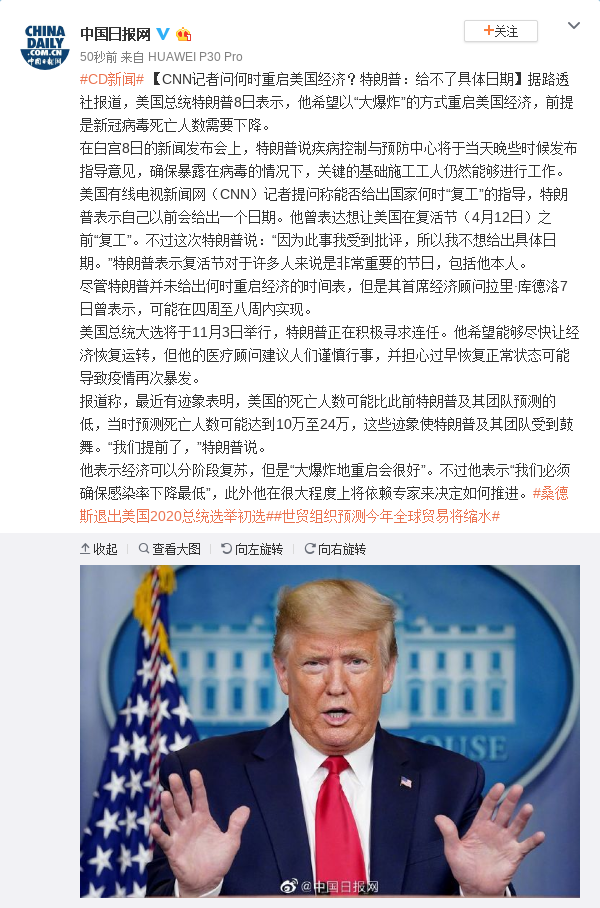