alert! Trump’s “drunken intention” to open fire on WHO

At the White House press conference on the evening of the 7th, Trump announced that he would consider suspending funding to WHO, accusing the organization of making serious mistakes in dealing with the spread of the virus. Before that, he tweeted a message saying: “WHO is really messed up. For some reason, their funds are mainly provided by the United States, but they are very China-centric.”

Trump Choosing to “fire” to the WHO, the purpose of course is to “shake the pot” first. However, the trick of “throwing the pan” has been playing for a long time, and people with a clear eye will know at a glance. The United States “New York Times” did not give Trump any face at all. In his 7th article, he pointed out that Trump is “trying to pass the errors and failures of him and his government to the WHO.” The article criticized that “WHO issued a warning in the first few days of the crisis, weeks before Trump declared a national emergency”; “Trump accused the organization of not seeing the epidemic start in Wuhan, China The outbreak, and in fact, the WHO repeatedly issued statements on the emergence of the virus in China and its spread around the world. ”

So, is it just as simple as “dumping the pot”? It can be seen from Trump’s related tweets and his position at the press conference that his “drunken intention” is not just in the WHO.

Trump made it very clear that what he considered the “biggest sin” of WHO, and also the point that annoys him the most is “centered on China.” In answering a reporter ’s question that day, Trump emphasized that he would investigate the WHO because “they are extremely partial to China and everything seems to be. This is wrong”.

After the outbreak, the WHO has indeed affirmed and appreciated China’s measures and results to combat the outbreak many times. In this regard, the dissatisfaction of Western countries has not been overnight. As early as February 12, a reporter from Euronews once asked WHO Director General Tan Desai a question: “Does China require WHO to praise itself?” Tan Desai gave just ten minutes at the time Evidence-based and sonorous answers. 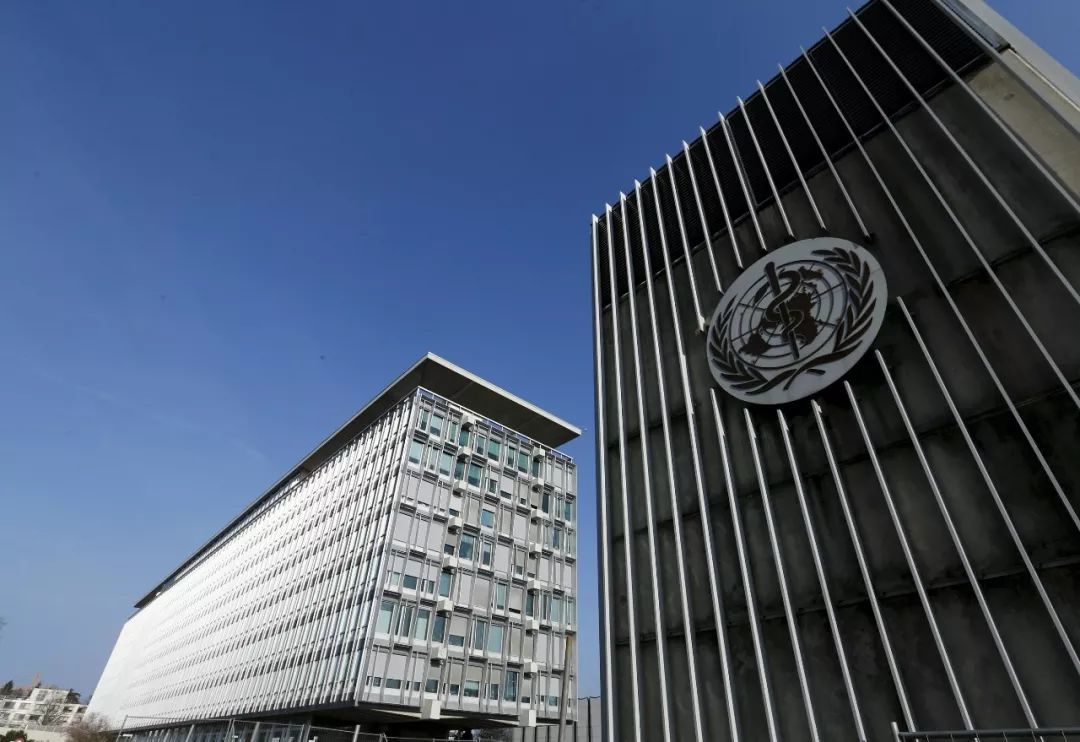 Tan Desai said, “If someone or a country does the right thing, you have to be affirmative. This is not a compliment, but just a fact.” , “WHO cannot tell the truth because of the pressure of public opinion, and what I just said is the truth.”

“Why do you appreciate China? This question has been asked too many times, I have been asked, and my colleagues have been asked many times.” From Tan Desai’s answer, we can feel his deep helplessness, we I also admire him and his colleagues for being able to present facts impartially and objectively without fear of power and under the great pressure of the United States and other Western countries. It is a pity that for certain countries and certain politicians, these facts do not suit their wishes and their appetite. They didn’t get what they wanted, and they began to attack WHO.

It is worth noting that Trump’s “fire” on the WHO is by no means temporary, nor is he “fighting alone.” Recently, the media of the United States and other Western countries are just like the appointments, and they have published articles in a row, attacking the WHO and Tan Desai. To name just a few: The Wall Street Journal published an editorial on April 5 entitled “The World Health Organization’s New Crown Misleading”, which opened with the main theme: “To ensure that future pandemics are no longer so deadly, there is a lesson That is-to reform or stop funding WHO. “The April 2 issue of” Foreign Policy “utterly discredited and distorted the relationship between China and WHO. The voice of attacking Tan Desai and demanding his resignation has become a topic of repeated hype by some American politicians and the media. This time Trump personally came off to threaten to stop funding, it just sounded the horn of this battle. 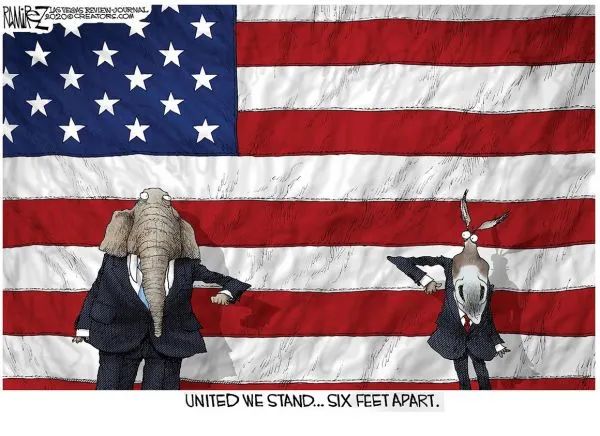 ▲ [Maintain social distance] In the face of the new crown epidemic, the two parties in the United States claimed to unite against the epidemic, but they still have to maintain a social distance of six feet. (U.S. Political News website)

From this we can see that the “declaration of war” on the WHO by the US government and media is to defame the organization and its leaders, weaken its authority and credibility, and destroy its leadership and good reputation. , Which in turn raises doubts about WHO ’s positive evaluation of China. If in the end, the United States can indeed resort to the usual “golden dollar and stick” trick to threaten the organization’s ability to exercise its duties by threatening to “cut the grain” to the WHO, and it is the global anti-epidemic situation that will ultimately be affected.

As of the 8th, there have been more than 1.5 million confirmed cases of new crowns worldwide. At this critical moment of global anti-epidemic, the United States has openly threatened this important international organization coordinating and leading the world’s anti-epidemic operations. Its irresponsible hegemony will only be ignored by the international community. As far as China itself is concerned, it is even more necessary to recognize the “drunner’s intention” behind this US action, to be more vigilant and respond early.

new crown pneumonia, News, Trump
Previous PostThe White House was replaced again, Trump ushered in the “most defense” spokespersonNext Post1922 new deaths in the US yesterday! The most single day after the outbreak