Over the past few days, the performance of US President Trump’s frequent “fancy reporters” has caused him such criticism.

Although Trump’s “reporting reporter” is not new, at the White House press conference on April 6, when Trump pointed at a reporter and yelled, “You are a third-rate reporter! You will never be a success “”, American netizens still exploded.

The cause of the incident was an inspection report from the US health system. The report stated that there is still a shortage of new crown detection reagents in American hospitals. At the press conference, Trump just introduced the tremendous progress made in the inspection work (even carefully prepared the chart), and the reporters at the scene threw the problems pointed out in the report.

Then he said to the people on the scene,” Look, this is typical fake news. ” Then, he pointed to the name of reporters, bombarded him with open hate: “! You are a third-rate reporter you just say you’ll never really a shame not to do!!” 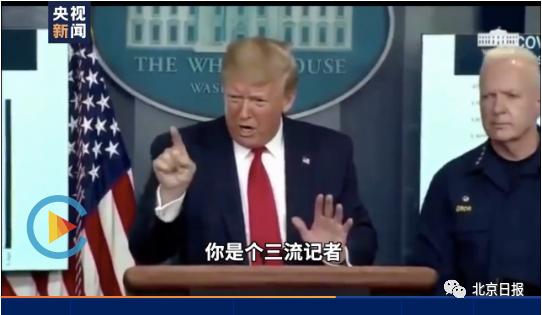 Trump mouth “can never become something of a third-rate reporter “It’s John Carr, the chief White House reporter for ABC TV. He is the current chairman of the White House Journalists Association and has reported on US elections since 1996. In short, he does not seem to be a “third-rate reporter”, nor does he seem to achieve nothing. 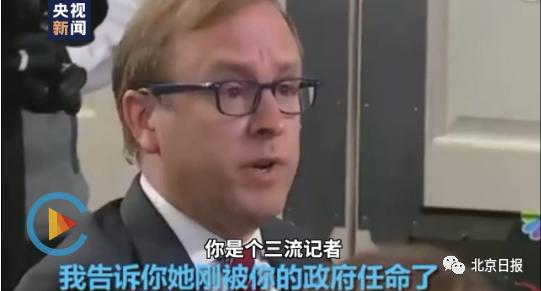 In fact, since the outbreak of the New Coronary Pneumonia epidemic in the United States, it is not the first time that Trump has frequently “reported reporters” at the White House press conference.

On March 20, when American NBC reporter Peter Alexander asked “want to say something to Americans panicked by the new coronary pneumonia epidemic?” Trump immediately opened fire: “You are a bad reporter, that’s it.”

He He also added: “That was a very annoying problem just now. You sent a very bad signal to Americans. Americans are now looking for solutions and hopes, but you are pursuing some sensational things, NBC and Kang It ’s all Custer. That ’s really bad news reporting. You should go back to the report itself, not the sensational content. ”

Not only are ABC and NBC reporters stunned, but even Fox TV, which supports Trump, is lying.

At a press conference on April 1, a Fox TV reporter asked Trump if he was dissatisfied with Obama ’s failure to keep a mask in his strategic reserve. Trump directly choked: “The story you told is fake, you are sent by CNN.” 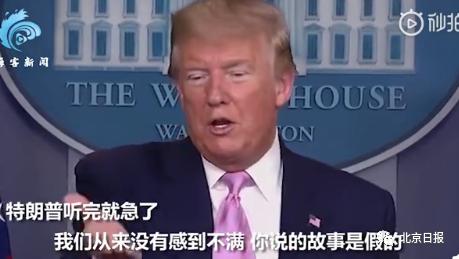 On April 5, local time, a reporter asked Trump “why there is no definitive evidence for the treatment of new coronary pneumonia. Do you keep promoting hydroxychloroquine (a drug)? “Trump first replied” So many people died in the United States, no matter what is useful and useless, you have to try it “, and then” accused “this reporter:” Only CNN Will ask this kind of question, fake news. ” dealt 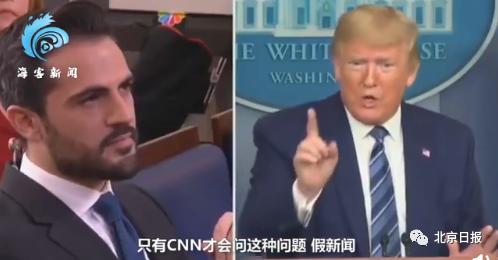 Although Trump has always with the media, controversial remarks are also common, but such high-frequency public rebuke the media, and even use the words” personal attack “to” report reporters. ” Still caused concern.

Some analysts believe that these actions are confirmed from the side, and Trump has few ways to face the new coronary pneumonia epidemic. Over the past period, the US response to the epidemic has been disappointing. What people see is that after the social immune system is activated, it immediately falls into disorder-states compete for medical supplies, and the federal government has repeatedly been accused of poor coordination.

But on the other hand, some people think that this behavior is more like elaborate planning. When routine press conferences become increasingly lengthy and the amount of information is thin, these dramatic conflicts will always arouse a lot of attention and even overshadow the press conference itself. The “fighting battle” between the president and the reporter will also become a hot topic, and the heat of the topic will eventually return to Trump himself. It can cover up the lack of response to the epidemic and mobilize emotions for the upcoming presidential election.

No matter what kind of motive, one thing is certain-“show” may save the votes, but it has no effect on the virus; “scrapping” may make a lot of money, but it does not help save lives.

When the epidemic has reached this stage, if you do not realize this, the problem will become bigger.