The White House has released a new crown warning memo in January: Trump only saw 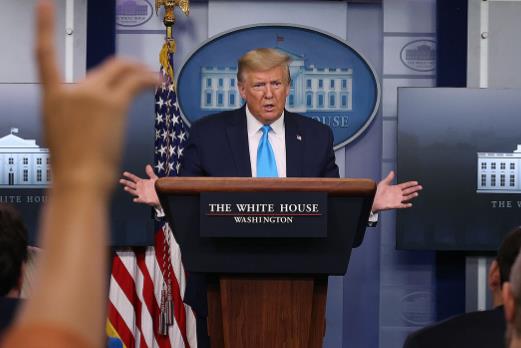 GETTY in the past

[Overseas.net April 8 | Wartime Epidemic Time Zone] US President Trump ’s press conference on the 7th It was stated at the meeting that he did not see the New Crown Virus Warning Memorandum written by White House trade adviser Navarro in January until one or two days ago. He also told reporters: “(Before) I didn’t see it and didn’t think about looking for (Memo).”

A source familiar with the memo confirmed to CNN that Navarro was in An internal memo was issued at the end of January, warning that the new coronavirus may become a “comprehensive pandemic”, which in turn would cause huge human and property losses to the United States. According to multiple US media, Navarro first warned in the first memo on January 29 that the worst of the new crown epidemic may cause the death of 500,000 Americans and the loss of property of 6 trillion US dollars; he again on February 3 A warning was issued saying that the risk is increasing and that up to 2 million Americans may die of new coronary pneumonia. Navarro is not the only White House official to issue an early warning. When the two memos were issued, many US public health experts expressed concern.

In addition, when Trump was asked why he didn’t pay much attention to the New Coronavirus outbreak, he told reporters that he was the “cheerleader” of the United States and “does not want to cause damage and shock.” According to real-time statistical data released by Johns Hopkins University in the United States, as of 7:30 on April 8, Beijing time, the cumulative number of newly diagnosed cases of new coronary pneumonia in the United States is the highest, with 396223 cases and 12291 deaths.