Trump talks about “Johnson transferred to intensive care”: several pharmaceutical companies and I have contacted all doctors in Boris

Original title: Trump talks about “Johnson was transferred to intensive care”: Several pharmaceutical companies and I have contacted all doctors in Boris

[Global News] On the evening of the 6th local time, the British Prime Minister ’s Office said that the new Johnson ’s pneumonia Deteriorating, transferred to the intensive care unit. At the White House New Crown Outbreak press conference on the same day, according to CNN, US President Trump talked about the matter, saying that he and several pharmaceutical companies have contacted Johnson doctors in London to see Whether they can help. 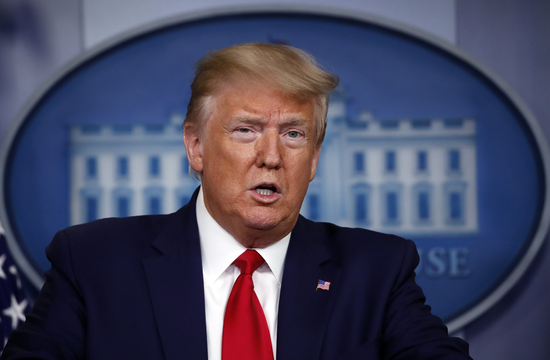 “I would also like to extend my best wishes to a very good friend of mine, Prime Minister Boris Johnson. Hearing that he was sent to the intensive care unit, we are very sad … not long ago,” Trump said “He really is a very good friend. He is really special. Strong. Decisive.”

Trump also said at the meeting that he had a phone call with some pharmaceutical companies on the treatment of new coronavirus patients earlier on the 6th. meeting. “We have made great progress in therapy,” he said. “I have invited two major companies … I have asked them to contact London immediately.”

Trump said the US government has contacted Johnson’s doctor.

“We have contacted all the doctors in Boris and we will see what happens, but they are ready to go.” Trump said, “When you are sent to the intensive care unit, the situation becomes very, very Serious. ”He added:“ We are working with London on Boris Johnson ’s problem. ”

Since being diagnosed with new coronary pneumonia on March 27, the 55-year-old British Prime Minister Boris Johnson has been working from home . However, after 10 days of quarantine, Johnson still had “persistent symptoms” and fever on April 5, so he followed the doctor’s advice to go to the hospital. This was his first hospitalization after his diagnosis.

On the evening of the 6th local time, the British Prime Minister’s Office said that the condition of Prime Minister Johnson’s new coronary pneumonia had deteriorated and he was transferred to the intensive care unit. According to reports, Johnson is currently conscious and may use a ventilator to prevent his condition from worsening. As a preventive measure, his team recommends that he be transferred to intensive care.

Boris, new crown pneumonia, News, Trump
Previous PostIf the end of the world is about to come, what kind of food can keep you alive longer?Next PostBritish NHS doctor: Johnson may be using “non-invasive ventilation” to support breathing