If the end of the world is about to come, what kind of food can keep you alive longer?

Home Health If the end of the world is about to come, what kind of food can keep you alive longer?
Health, Politics
April 7, 2020April 7, 2020By daydayhub
0 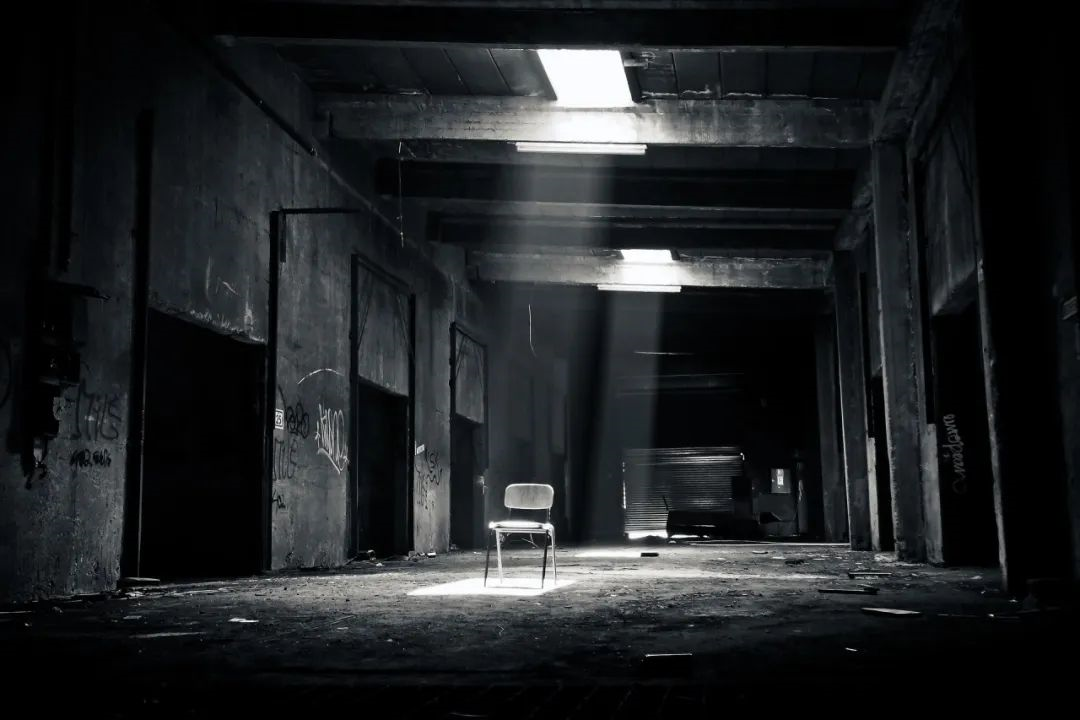 Some people may have played the game “Don’t Starve”. At the beginning of the game, you were born on a deserted island with no long objects. To survive, players need to collect all kinds of edible things. During the game, the “freshness” of food is an important concept. The freshness of the food collected by the player (such as berries, mushrooms, meat) will decline over time, eating stale food will reduce the character’s “health value” and “mood value.” If you want to keep these foods longer, you need to roast raw ingredients into dishes, dry the meat into dried meat, or keep them in the refrigerator.

Although this is just a game, if human civilization is really destroyed, the crucial question for survivors is which foods can still be eaten, and how long can these foods be kept?

To answer these questions, we need to first discuss how the food deteriorates. For most foods, the cause of spoilage is the same-the growth of microorganisms. As in the game “Famine”, in reality, you can also use drying (such as air-drying or freeze-drying), pickling, freezing, high temperature sterilization, and preservation in airtight containers to extend the life of food. Both restrict the reproduction of microorganisms.

Relatively speaking, drying and curing are the two most effective methods. This is because in a water-scarce environment, the growth of microorganisms is inhibited. The dry environment can extract water from food. And salting can create a high-salt environment where microorganisms cannot survive. This will “absorb” liquids and other substances from the microorganisms, destroying the passage of ions across the membrane, thereby hindering the growth of microorganisms. Pickling with sugar can also achieve a similar effect. Jams and other high sugar content can generally be kept for a long time. In a dry environment, white granulated sugar hardly breeds any microorganisms, and ordinary hard candy can also be stored for several years. However, if other materials are added to the sugar, such as nuts, dairy products, starch, eggs, etc., the shelf life of the sugar will drop significantly. For example, chocolate and toffee can easily grow yeast and mold.

If the end is really coming, the high-pressure living environment may make you especially want to get drunk. The good news is that alcohol can indeed be stored for a long time. There is a saying in China, “Wine is the fragrance of Chen”. If you do not open the bottle and store it in a cool and dark place, spirits with high alcohol content such as liquor, vodka, and whiskey can be kept for decades or even hundreds of years.

If you want to know the limit of the shelf life of wine, archaeological discoveries may be able to provide us with some information. In 1970, in the tomb of King Zhongshan in the Warring States Period in Pingshan, Hebei, archaeologists discovered two bronze pots from 2200 years ago. Further analysis of the liquid in the jug proves that this is wine made from grain. However, a large amount of copper ions prove that these wines are no longer drinkable, and the test results also show that the alcohol in them has evaporated to only 0.05 ‰. 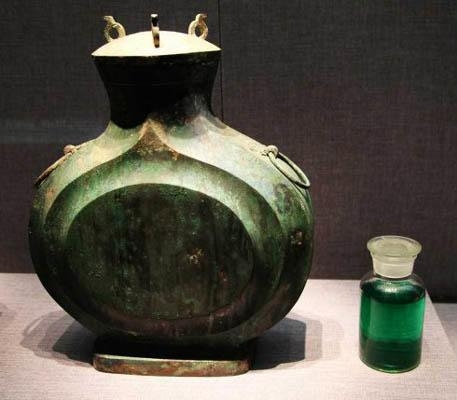 A dark green clear liquid was found in a bronze flat pot unearthed from the tomb of King Zhongshan in the Warring States Period. (Photo source: Yanzhao Metropolis Daily)

In 1867, a wine from 1650 was discovered in an ancient Roman tomb near Speyer, Germany, and the bottle was then kept in a museum. Ludger Tekampe, the person in charge of the exhibit, said that during his 25 years in office, the bottle of wine has not undergone any visible changes. However, scientists have not yet opened the cap and tested the liquor, and of course, no one knows whether the bottle can be drunk.

In 2010, diver Christian Ekstrom discovered a dive while diving in the Baltic Sea Shipwreck site and 30 bottles of Veuve Clicquot champagne. According to the survey, the shipwreck occurred between 1825 and 1830, which means that these champagnes should be about 200 years old. The diver then tasted one of the bottles. He said that the wine tasted sweet and even had a sense of bubbles. This is the oldest known champagne that is still drinkable. The researchers said that it may be because the shipwreck is located in the deep sea, where the temperature is very low and there is no light, so the champagne is well preserved and does not deteriorate.

If you want to eat after the last day, cold meat is definitely not considered, but can frozen meat stand the test of time? The meat can indeed be stored for a long time after freezing. Animal remains preserved in the permafrost in the Arctic or in glaciers may provide some reference for us.

In 1900, the famous Lebesovka mammoth (Berezovka) was discovered in Siberian glaciers. This mammoth lived about 40,000 years ago, and its meat looks very fresh in a frozen state. Adrian Lister wrote in “Mammoths”: “(Mammoth) meat is deep red and has marble-like fat texture.” Lister is a natural history of London The museum’s paleontologist, visiting professor at University College London, is also an expert in mammoth research. The mammoth meat in such a well-preserved state makes scientists want to try it. Lister wrote in the book: “Its meat looks very delicious, so we have been entangled for a while, but everyone present I did n’t dare to put this thing in my mouth. So in the end we fed the (frozen meat) to the dog, and the dog ate all the meat. ”

However, although the mammoth meat in the frozen state still looks fresh, but After it thaws, it will quickly decay and turn gray, “like a puddle of mud.” According to List, a scientist might have tried a piece of mammoth meat later and became ill for a long time.

anaerobic bacteria breaks down the fat in the meat, a substance called adipocere is formed, which is why the meat turns gray after it deteriorates. Of course, this substance is inedible. In addition, the ice crystals formed during the freezing process will destroy muscle fibers and greatly reduce the taste of frozen meat. Compared with pork, beef, etc., the preservation capacity of fish meat during freezing is worse. After being frozen for a long time, the fish meat will lose most of its water, and a certain chemical reaction will also occur, causing the fish meat to feel tough after thawing.

The meat itself provides a good environment for the reproduction of microorganisms, and freezing does not allow the meat to be stored for a long time. If you really want to eat meat after the end, maybe hunting is the better choice.

What can I eat?

So, after the end of the day, you finally found a supermarket that no one cares about. Which area of ​​food should you go to first?

If the cause of the death of human civilization is not nuclear pollution or chemical leaks and other incidents that will contaminate food, then things outside the fresh food area in the supermarket will be a better choice, especially those that are dried or canned. If the end of the day is coming soon, the food in the freezing area should still be eaten.

Michael Sulu, a food chemistry expert at University College London in the United Kingdom, has given this advice: “If it were me, I would prefer vacuum-packed and dried foods. Isolating the air and no water together, you can achieve very much Good preservation effect. “He also reminded that the speed of dehydration in the production process is also very important. When slowly air dried, microorganisms can produce spores, which will sleep in harsh environments. Once the environment is suitable, these spores will restore activity and quickly multiply, causing food to deteriorate. Freeze-dried or spray-dried foods, such as instant coffee and freeze-dried foods, dry faster and do not leave too much time for microorganisms to produce spores, so they can be kept longer.

However, if the pollution really makes the food on the ground inedible, the survivors will need to look underground. In the Svalbard archipelago, Norway, about 1,000 kilometers from the North Pole, there is a Global Seed Vault under the permafrost. There are more than 986,000 seeds of plants from all over the world, with an average of 500 dried seeds per serving, which means there are about 5 billion seeds in total.

The seeds are stored at minus 18 ° C, wrapped in aluminum foil, and sealed in metal cans. Even if the end of the day comes and the power supply is cut off, the overlying permafrost can keep these seeds in a frozen state. The designer hopes that these seeds can be kept forever, so it is also called “Noah’s Ark Seed Bank” here. At that time, you can decide whether you want to use the seeds here to grow more edible plants, or eat them directly to fill the temporary belly. However, if you choose the latter, you must carefully choose the type of seed. For example, the seeds of apples, peaches, and plums are covered with amygdalin, which releases toxic cyanide during digestion. They are obviously not a good choice for large amounts.

Now, researchers are also trying to use technology to extend the shelf life of food. Sulu has designed a space travel food. The ingredients are quickly dehydrated and sealed in a vacuum container, which can be stored for a long time under varying temperatures. A British company specializing in powdered foods, Huel, freeze-drys and grinds raw materials into powders to produce powdered meal replacements with long shelf life and comprehensive nutrition. According to Rebecca Williams, a nutritionist at Huel, the production process of Huel products is very complicated. The powder produced will be packed in containers that are opaque, completely dry, and as possible as possible in a vacuum-sealed container. It has also undergone strict disinfection. This series of measures allows it to be put on very long.