US media said the new crown epidemic hit Trump Group: a loss of millions of dollars a day

Original title: US media said the new crown epidemic hit the Trump Group: loss of millions of dollars a day

Reference News Network April 6 reported that the US “Newsweek” website April 3 reported that, as with many other businesses hotel industry, especially The hotels and resorts of the Ramp Group also seem to have been hit hard by the new coronavirus.

The report said that because US President Trump declared that more than half of the $ 440 million in revenue disclosed in the last financial disclosure came from his golf resort, the president himself may be hit hard.

But these losses have also had a serious impact on hundreds of employees of the Trump Group. The Wall Street Journal asserted that its stores in New York, Washington, Las Vegas and Florida alone had more than 500 employees dismissed or forced to take vacations.

In a statement sent to The Wall Street Journal, Eric Trump, son of the president and executive vice president of the Trump Group, said: “Like other hotel companies, we are also anxiously waiting for our world-class shops The day when the door can be completely reopened. “The

report said that” Newsweek “contacted the Trump Group to learn more about employees being laid off or taking mandatory leave.

Hotels and resorts across the United States have been hit hard by the new crown pneumonia. The American Hotel Industry Association cited a study by Oxford Economic Consulting in the United Kingdom last month warning that a 30% reduction in hotel guest occupancy rates could result in the loss of nearly 4 million jobs. $ 300 billion—weakening the hotel industry, the local communities they serve, and the American economy. ”

Recently, Chip Rogers, President and CEO of the American Hotel Industry Association, said: “The new crown epidemic is particularly devastating to the hotel industry. Every day more hotels are closed and more employees are unemployed.” The

report said, to Trang For the General Group, the current crisis also means that it may not be possible to sell the President ’s hotel in Washington, which is expected to sell for more than $ 320 million. 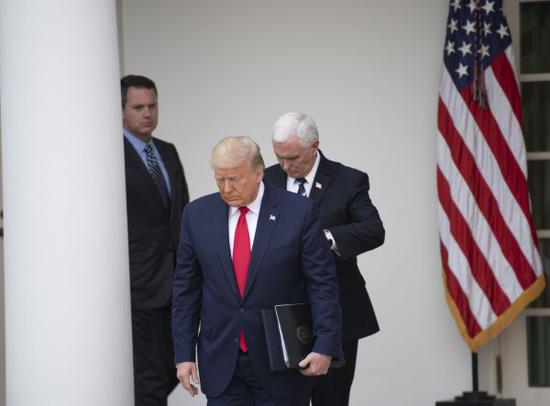