330,000 cases diagnosed in the United States, ushering in the “Pearl Harbor Moment” this week

Original title: 330,000 cases were diagnosed in the United States, this week ushered in “Pearl Harbor Moment”

Except for New York State, the number of diagnoses of New Coronary Pneumonia in New Jersey climbed rapidly, reaching 37,505 cases and 917 deaths.

U.S. Department of Health Secretary Jerome Adams said on the “Fox Sunday News” show that the new U.S. Coronary Pneumonia epidemic will usher in the “Pearl Harbor Moment” and will be the “most difficult and saddest” for most Americans “Day.

“The next will be our Pearl Harbor moment, the ‘9.11’ moment … We really must understand that if you want to smooth the curve to the other side, everyone needs to do their duty. 90% of Americans Do my duty. “Adams said. 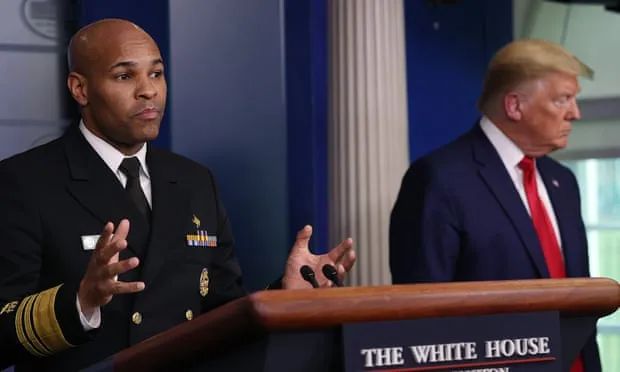 last month, Adams tweeted to call on Americans to stop buying masks, “They are not effective in preventing the general public from becoming infected with the new crown virus.” On April 1, Adams rephrased that the US Centers for Disease Control is “reexamining” whether healthy people should wear masks to prevent the spread of the new coronavirus.

Recently, American infectious disease expert Anthony Fudge “rebelled” Trump again in an interview with CNN: “If you look at what is happening in this country, I can’t understand why we don’t issue a national home order.”

Fu Qi Warning, the United States will be “bad”. Last Saturday, Trump also said at a news conference that the next two weeks will be “the most difficult period”, “There will be many deaths.”

According to the “New York Times” reported on April 5, it has been The dismissed USS “Roosevelt” aircraft carrier captain and Admiral Brett Crozer was diagnosed with new crown pneumonia. 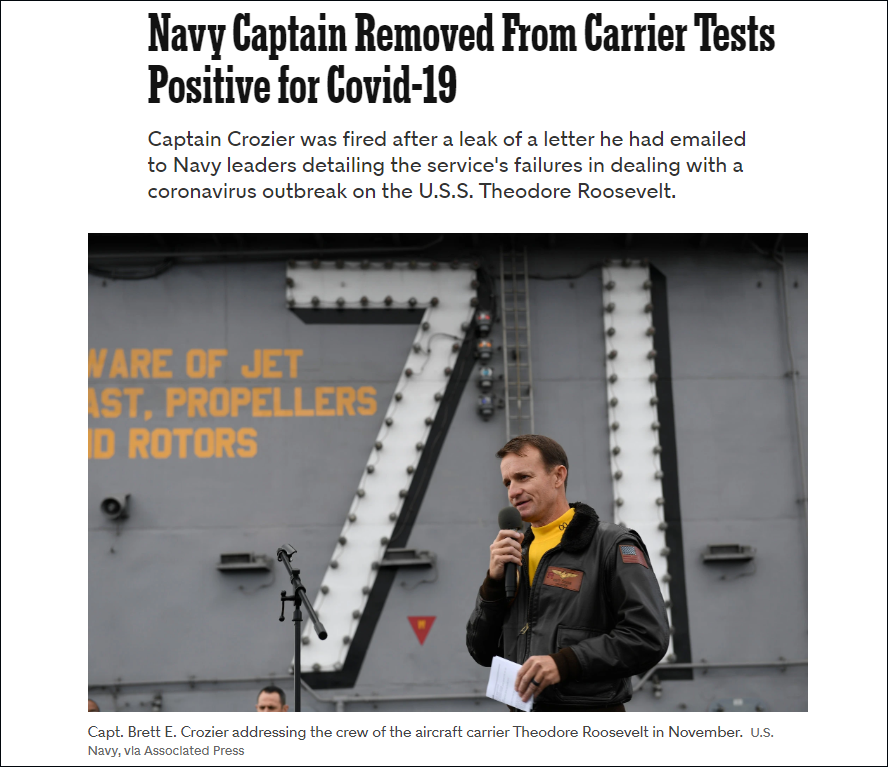 The report quoted Krowzel’s classmates at the Naval Academy as saying that he began to show symptoms on the day of his dismissal on April 2. The new coronavirus test was positive and is now being quarantined at the US Navy base in Guam.

Trump supported Crozer’s decision to dismiss. Trump said in the 4th epidemic briefing that Crozer issued a letter of request for “inappropriateness.” He also criticized the aircraft carrier for visiting a port in Vietnam in early March.

On April 2, Crozer was relieved of command. When Crozer was removed from the ship, the sailors on board came to say goodbye to the tribute, and the video caused heated discussion on the US social networking site.

So far, more than half of the crew members of the “Roosevelt” aircraft carrier have been tested for viruses, and the number of people diagnosed with infection has reached 155.