Trump strongly recommends hydroxychloroquine to treat the new crown, is this medicine really so “god”

According to real-time statistics released by Johns Hopkins University in the United States, as of 17:00 on the 5th, Beijing time, the cumulative number of newly diagnosed cases in the United States exceeded 310,000, and 8502 deaths. US President Trump said on the 4th that the next two weeks will be the most severe moment for the US anti-epidemic situation, and the number of deaths will surge.

According to the New York Times, at the White House press conference held on April 4, Trump again recommended that American patients use the antimalarial drug Hydroxychloroquine to treat new coronary pneumonia. Although he was not infected with the new crown virus, he was It said: “I might use it, I will ask the doctor.” Trump also added that the federal government has reserved a million doses of hydroxychloroquine. 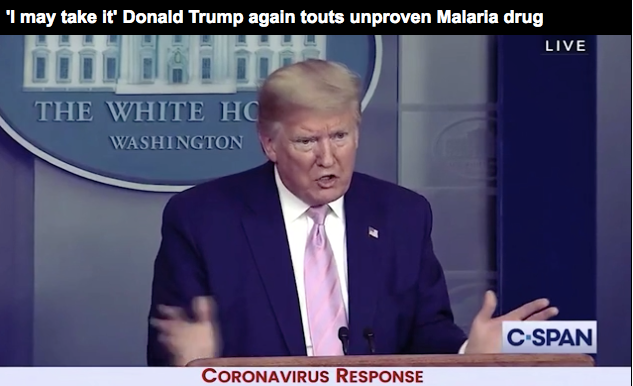 Previously, President Trump repeatedly recommended the use of hydroxychloroquine in public, describing the drug as “the biggest game-changing drug in the history of medicine.” However, Fuch, the chief infectious disease expert of the US federal government and director of the National Institute of Allergy and Infectious Diseases (NIAID), pointed out that the efficacy of this drug has not been confirmed.

In recent weeks, the global demand for hydroxychloroquine has risen sharply. Is this medicine really so “god”?

Trump posted on social media Twitter on March 21 recommending the use of “hydroxychloroquine + azithromycin” to treat new coronary pneumonia.

U.S. media NBC reported that the Arizona Department of Health announced on March 23 that a couple over sixty years old had learned that Trump recommended the “magic drug” and took the same ingredients to prevent new coronary pneumonia. The fish tank cleaner “chloroquine phosphate” has caused one death and one critical illness.

The New York Post reported that in mid-March, data from multiple e-commerce platforms in the United States showed that sales of fish tank cleaners rose sharply, and the price of a bottle of 25 grams of chloroquine phosphate detergent once rose from $ 9.99 to more than $ 500. 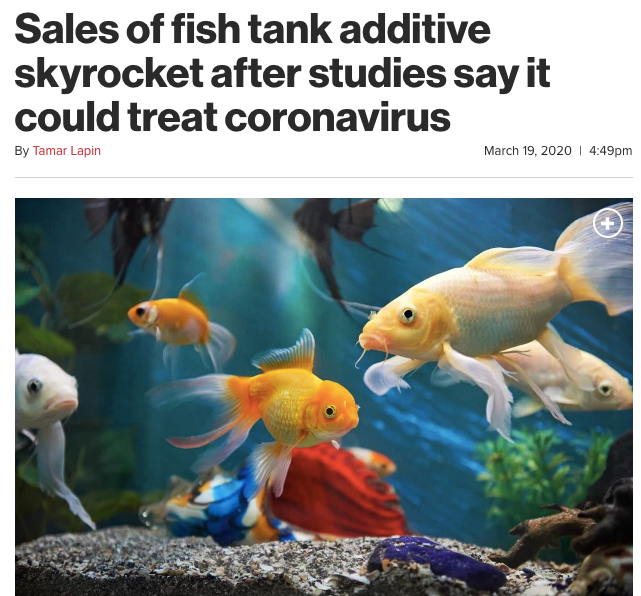 At the White House press conference on March 24, a reporter asked “whether hydroxychloroquine can be used to treat new coronary pneumonia”, and FIA, the director of NIAID, clearly answered at the time: “No, you are talking about The evidence is only rumors. ”

French president approved the use of hydroxychloroquine to cause controversy.

According to Agence France-Presse, France A medical team led by medical scientist Didier Raoulta recently announced that in a clinical trial, 75% of patients with new coronary pneumonia recovered after using hydroxychloroquine for 6 days.

On March 20, Haurte published a clinical research paper in the International Journal of Antibacterial Agents, saying that in a trial involving 36 people, hydroxychloroquine and azithromycin synergistically can shorten the time to excrete the virus and help treat the new crown. pneumonia. 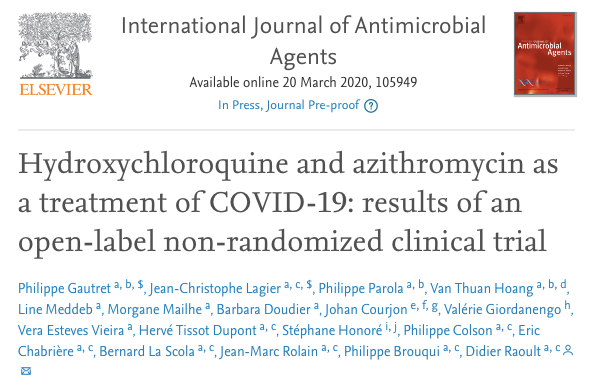 Haurte published a paper in the International Journal of Antibacterial Agents.

French President Emmanuel Macron issued a government announcement on March 26, which approved that French doctors can use hydroxychloroquine to treat patients with new coronary pneumonia. If the patient’s condition permits and there is a doctor’s prescription, patients at home can also take it. This decision triggered controversy in the French medical community, because the medicinal properties and side effects of hydroxychloroquine have been questioned.

Subsequently, the team of French medical scientist Haourt launched another larger trial on the efficacy of hydroxychloroquine and azithromycin, with a total of 80 volunteers participating. The results showed that on the 7th day after receiving such drugs, 85% of the patients had negative polymerase chain reaction (PCR) detection. Another patient died and 3 patients were transferred to the intensive care unit.

Medical media Medscape issued a document saying that many medical scientists believe that Haurte alone cannot confirm that hydroxychloroquine is effective for the treatment of new coronary pneumonia, and the trial did not include a “control group” for comparison. They warned that the use of the above-mentioned therapies is currently very risky.

On April 4, the Chinese Embassy in France invited Zhang Wenhong, director of the Department of Infection, Huashan Hospital Affiliated to Fudan University, to communicate online with French-Chinese and overseas Chinese students. Some international students asked: After the outbreak in France, the media reported that the efficacy of hydroxychloroquine plus azithromycin is very good. What is the specific effect?

In response, Zhang Wenhong asked, since France has all the magic drugs, why is the mortality rate higher than that in Germany? He then replied that the drug needs to be cautious if it is effective. From a clinical perspective, hydroxychloroquine has a certain effect, but this effect is not enough to draw a conclusion-this is a magic drug. Everyone must not think that France has a “magic medicine” and can do whatever they want.

According to “Business Insider” reported in March the United States of hydroxychloroquine orders rose 260% compared with the same period, worldwide demand in recent weeks hydroxychloroquine rose, led to the original use of this It is difficult to buy medicines for patients with lupus or rheumatoid arthritis and other diseases.

Indian media “India Today” reported that a pharmacist in New Delhi said that since US President Trump preached the efficacy of hydroxychloroquine on Twitter, the drug has been out of stock, out of stock for more than a week, and various pharmacies are working hard Replenishment. Rohini Handa, rheumatologist at Apollo Hospital in New Delhi After receiving the patient’s help, many patients with rheumatoid arthritis rely on this drug for treatment, and now they are very worried that they cannot get hydroxychloroquine and cause arthritis attacks. ”

According to the” New York Times “, US President Trump 4 He spoke with Indian Prime Minister Modi to discuss the purchase of millions of hydroxychloroquine from India.

According to a report from New Delhi TV, a statement issued by the Indian Prime Minister ’s Office (PMO) also revealed that Indian and American leaders also talked about the importance of Ayurveda (Indian traditional herbal remedies) and yoga treatments to ensure the physical and mental health of people Sex.

new crown pneumonia, News, Trump
Previous PostFor the first time since the outbreak, the 100-year-old bank in the United States went bankruptNext PostThe British Prime Minister is still hot and hospitalized for a new coronavirus test after 10 days of isolation