For the first time since the outbreak, the 100-year-old bank in the United States went bankrupt

Home Economy For the first time since the outbreak, the 100-year-old bank in the United States went bankrupt
Economy, Health
April 5, 2020April 5, 2020By daydayhub
0

Original title: Since the first case of the outbreak, the United States, this century-old bank went out of business

US new crown severe pneumonia epidemic occasion, West Virginia smaller banks Barboursville The First State Bank declared bankruptcy, become The first bank to fall after the epidemic. On the evening of April 3, US time, the US Federal Deposit Insurance Corporation (FDIC) stated that it would take over the bank, and customers would automatically be transferred to MVB Bank.

Although this is the first bank failure in the United States since the spread of the New Coronary Pneumonia epidemic, FDIC still said that this bank went bankrupt Far earlier than the current crisis. “The First State Bank has long had problems with capital and asset quality, and its finances have been in trouble since 2015, until the bank ’s financial report on December 31, 2019 showed that the level of capital was too low to continue under federal and state laws Operation. “FDIC pointed out.

It has been more than a decade since the last financial crisis, and the global economy has entered a state of slowdown. In this context, every move in the United States will provoke everyone’s nerves, especially the failure of the Bank of America has increased market tensions.

Many economists have pointed out that the biggest difference between this round of US economic fluctuations and 2008 is that no financial institution has gone bankrupt, and this is also an important reference that cannot yet define the “financial crisis”. Now, in the absence of bank failures in the U.S. in 2018, four in 2019, and two more since 2020, the situation seems to have changed.

First State Bank is located in West Virginia and can provide a full range of deposit and loan services with a history of more than 100 years.

According to the disposal plan, the depositors of First State Bank will automatically become depositors of MVB Bank, and FDIC will continue to provide insurance for deposits, so customers do not need to change the bank relationship. The loan can still be repaid normally, and you can contact the original loan officer for special problems. If you owe money for services or products provided by the bank, you are eligible to claim compensation from First State Bank.

The four branches of First State Bank will become branches of MVB Bank, which will reopen during normal business hours on the 4th. FDIC reminded that since it is still in the epidemic, bank customers are strongly encouraged to use online and e-banking functions to reduce opportunities for contact with the crowd.

As of December 31, 2019, First State Bank’s total assets were approximately US $ 152.4 million and total deposits were US $ 139.5 million. In addition to bearing all deposits, MVB Bank also agreed to purchase approximately 147.2 million US dollars of assets from the bank. FDIC will retain the remaining assets for future use.

FDIC is an independent financial institution of the US federal government, responsible for deposit insurance business. The company was established under the Banking Law of 1933. From January 1, 1934, all member banks of the Federal Reserve System and eligible state banks applying for federal reserve insurance will be subject to a deposit insurance system with a statutory limit.

The Daily Economic News (WeChat: nbdnews) reporter noted that this is the second bank to fail in the US in 2020. The first bank to fail was Ericson State Bank in Ericson, Nebraska.

Why is Bank of America more likely to fail? Market analysts concluded:

First, they are in a highly competitive environment. The U.S. financial market is highly open, so banks are facing more competitive pressure and the possibility of failure is greater.

Second, the profit model is different. Unlike the Bank of China, whose main source of income is net interest income, the Bank of America mainly derives from service fees. Exploiting other businesses such as asset management, investment banking, and trading also exposes banks to greater operating risks.

The third is that the banking background is different. Banks with national and government backgrounds have certain advantages in terms of capital, and they can easily be rescued when there is a problem with bank operations, but the United States is almost a private bank.

This is also the reason behind the failure of hundreds of banks in the United States in a year. Even Lehman Brothers, the fourth largest investment bank in the United States with more than 100 years of history, declared bankruptcy protection in the face of the intensified subprime mortgage crisis in 2008.

As the US economy improves, the number of bank failures has decreased in recent years. Especially in 2018, no American bank went bankrupt.

According to media reports, four banks in the United States went bankrupt in 2019. According to the U.S. Monetary Authority, the bankruptcy of Bank of America in 2019 was mainly due to increased competition and a rapid decline in profitability due to lower interest rates.

For example, the bankrupt New Jersey City National Bank and the Resolut Bank in Momi, Ohio, because of “unsafe and unsound operations”, resulted in a large loss of assets and profits. In response to the collapse of the Louisa Community Bank, the Kentucky Financial Institutions Department stated that “operating losses are beginning to erode capital.”

Since March 2020, the new crown pneumonia epidemic has spread in the United States, and the Fed ’s monetary policy has become more dovish, frequently providing liquidity stimuli to the market. On March 15, local time in the United States, the Fed announced a rate cut and lowered the target range of the federal funds rate to an ultra-low level of 0 to 0.25%. This is the 11th year after the United States has returned to the era of zero interest rates.

Despite returning to the era of zero interest rates again, the current economic situation in the United States is very different from that in 2008. 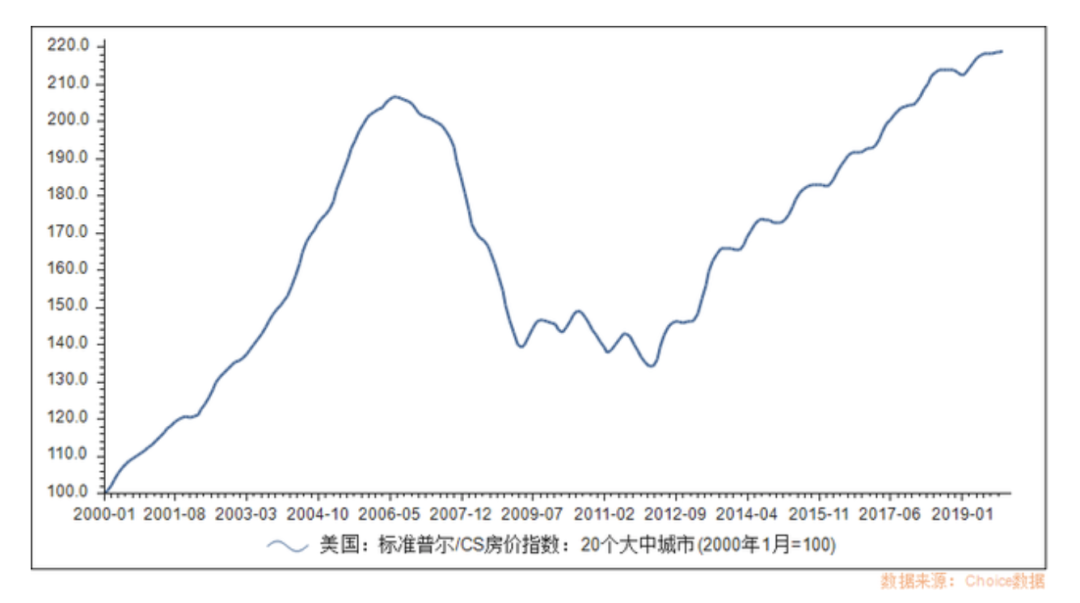 Wuhan University Economics PhD tutor and Dong Fugui lecture professor Guan Tao said in an interview with reporters: “Before the outbreak, the US economy The data is relatively good and the momentum is relatively strong. At least from the recently released data, the substantial impact of the epidemic on the economy has not yet appeared. ”

In Song Qinghui’s view, regardless of whether the epidemic occurs, a large number of companies will be affected by various types of Such factors as poor management, insufficient staff, difficulty in financing, inventory backlog, industry competition, internal discord and other issues have closed down. In fact, from the perspective of the banks that have failed in recent years, most of them are small and medium-sized banks.

The bank’s capital adequacy capacity determines its ability to resist risks. Former FDIC Chairman Sheila Bair also mentioned in a CNBC TV interview that in order to better support the economy in the new coronary pneumonia epidemic, the US banking industry should increase its capital reserves. Fed Chairman Powell said in February that he would work to keep the banking industry resilient. In his speech in March, he also said that the US economy is still strong, the banking industry has sufficient capital, and the system is resilient.

Whether the failure will spread further and cause a chain reaction is worthy of attention.

Kristalina Georgieva, managing director of the International Monetary Fund (IMF), previously said in public that the new coronary pneumonia epidemic has caused an economic crisis that is “unprecedented”, which is “much more serious” than the 2008 global financial crisis. Recently, several investment banks have lowered their expectations for the US economy.

Morgan Stanley recently lowered its US first-quarter GDP growth forecast from -2.4% to -3.4%, and the second quarter GDP growth forecast from -30% to a record -38%. Goldman Sachs lowered its forecast for the US economy, expecting US GDP to decline by 9% in the first quarter and a staggering 34% decline in the second quarter, the worst number since World War II. But Goldman Sachs also expects that US economic activity will rebound strongly after the epidemic, and GDP in the third quarter will grow by 19%.