Expert: If the next stage of an outbreak occurs in this neighboring country, China will be under great pressure

Home Health Expert: If the next stage of an outbreak occurs in this neighboring country, China will be under great pressure
Health, Politics
April 5, 2020April 5, 2020By daydayhub
0

Original title: Expert: If the next stage of the outbreak occurs in this neighbouring country, China is under great pressure

. The United States, Italy, Spain and other European and American countries are in the “storm center” of the epidemic, but many people have turned their attention to a current number of confirmed cases. There are not so many countries-India.

According to the CCTV news client, the latest data from the official website of the Ministry of Health of India shows that as of 9 a.m. local time on April 5, local time (11:30 Beijing time), India ’s new cases of pneumonitis reached 3,374, of which 77 died and 268 were discharged people. The data shows that 472 confirmed cases were added in the past 24 hours. 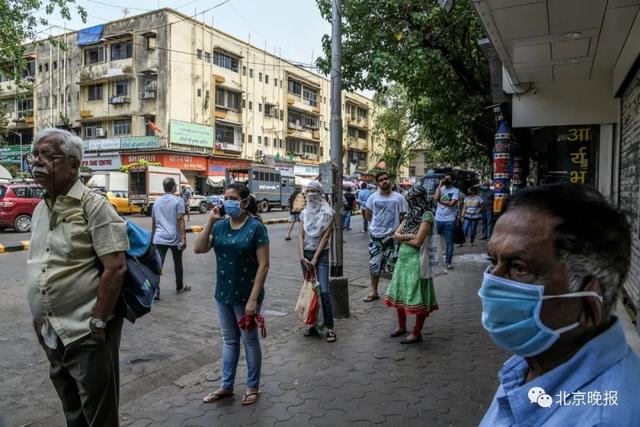 India’s epidemic may still be at a very early stage 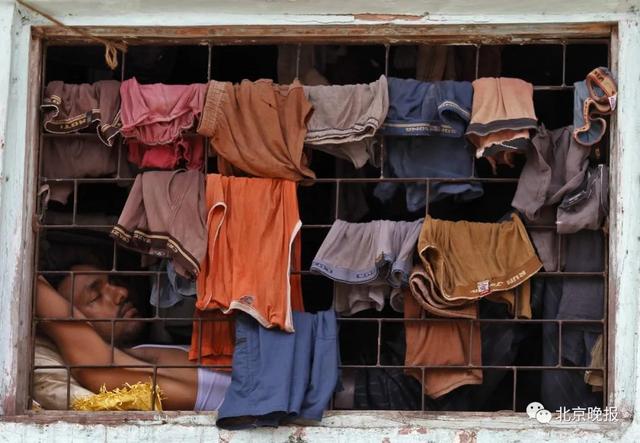 Tallawy slum, a man resting in the shack. Xinhua News Agency, the

first new crown case in the Taravi slum is a 56-year-old man. The Mumbai city government said that the man was diagnosed on the 1st and died on the way to the hospital that night. He has not traveled far or contacted a known infected person recently. He has had kidney disease before.

The second case of death was a 51-year-old sanitation worker who lives in another area of ​​Mumbai but works in Talavi and died on the 2nd.

According to public information, the Talavi slums are the largest slum settlements in India. They are densely populated, space is tight, and health conditions are worrying. It is famous for the movie “Slumdog Millionaire” released in 2008.

Agence France-Presse reported that there are nearly 1 million people in the Talawi slums, living in small sheds or buildings, and the population density is believed to reach 270,000 people per square kilometer.

In order to prevent and control the new crown epidemic, the Indian government on March 25 requested the people of the country not to go out except for the necessities of daily life for 21 days.

Shaik, a 51-year-old Talawi resident, lives opposite the home of an infected person. In a telephone interview with an AFP reporter, he said that the people around him had basically failed to comply with the Indian government’s home requirements. Now that there are cases of Talavi, everyone is very nervous. “Our family of five uses a public toilet and can only get water from a public faucet,” he said.

The epidemic situation in India has continued to deteriorate, and there have also been multiple incidents of violence by the people and family members of patients against medical personnel. A short video circulating on the Internet showed that on April 1st, Indore City, Madhya Pradesh, India, medical staff tried to detect a resident who had contact with the new crown patient, but was violently attacked by local people stoned. The club was finally dispatched by the police to rescue the medical staff, and two female doctors were injured. Indian police have arrested 4 attackers and are investigating the identity of the suspects.

India in the epidemic is worrying. T was the head of the Advanced Research Center for Virology of the Indian Medical Research Council. Jacob John said that India ’s new coronary pneumonia epidemic may be more serious in the future than Iran or Italy, and the number of infected people may be as much as 10% of the total population of the country-equivalent to 130 million people.

According to a study conducted by the University of Michigan in the United States, by mid-May, 915,000 people in India may be infected with the new coronavirus.

In short, India’s epidemic may still be at a very, very early stage.

The World Health Organization (WHO) Emergency Planning Director Mike Ryan said on March 23 that although the United States has become the new “epicenter” of the new crown epidemic, in a sense, can humans achieve a decisive victory against the new crown epidemic, The future will largely depend on India ’s ability to control the virus.

Large-scale respiratory epidemics have caused a serious crisis in India. In 2015, a swine flu outbreak in northern India eventually infected more than 31,000 people and killed nearly 2,000 people. This time, will the situation in India be much worse than in 2015?

epidemic control. “Developing countries including India, Bangladesh, and Nigeria are the focus of the next phase of epidemic prevention and control.” On April 3, the National Health and Safety Commission’s high-level expert group Professor Zeng Guang, a member and chief scientist of epidemiology at the Chinese Center for Disease Control, said in an interview that if China ’s epidemic is the first wave and European and American countries are the second wave, then developing countries such as India are likely to be the third wave. It is necessary to prevent and control. Their success may play a decisive role in the victory of global epidemic prevention and control.

Professor Zeng Guang further stated that the quality of the epidemic control sometimes does not necessarily depend on a country ’s economic status, development level or GDP, or whether the country ’s prevention and control measures and prevention and control ideas are correct, whether it is really valued, and whether it is in accordance with Do the law of infectious disease control. If the developing countries do well, they can control the epidemic. If the developed countries do not pay attention, the epidemic will become serious. Looking at China and the European and American countries, it is a sharp contrast.

However, what is worrying is that India is not dominant in the face of epidemic prevention and control.

India has a land area of ​​2.98 million square kilometers and a population of 1.324 billion in 2019, which is more densely populated than China. Millions of Indians still live in slums, and dozens of family members often share several rooms. In such an environment, isolation measures are difficult to implement effectively, and a safe social distance is almost impossible to implement.

India ’s low investment in medical resources is another important reason for external concerns about its epidemic. Even in Italy and Spain, which are developed countries, the continuous surge in patients has caused shortages of medical equipment such as ventilators. In India, in 2016, its investment in the medical field accounted for only 3.7% of the national GDP, making it Become one of the bottom 25 countries in the world. The number of doctors and nurses and the number of hospital beds are also the lowest in the world.

“The India epidemic is indeed a problem that many people are worried about.” Xu Meng, deputy chief physician of the Infectious Diseases Department of the China-Japan Friendship Hospital, told the People’s Daily Health Client reporter that India’s population density is high, and the number of infections and death rates are indeed relatively low, but Once the outbreak occurs in India, the number of cases may not be less than that of China, or even far more than the United States, which will have a serious impact on the world.

“The world is a community of shared destiny. Although China has done a very good job, if other countries, especially large neighboring countries such as India, have an outbreak, it will be very troublesome and will cause great pressure on our country.” Xu Meng said. Many people think that India is a tropical country, which is not conducive to the spread of the virus, but it is still too early to conclude this conclusion on the Indian epidemic.