April 3, Beijing time, the US State Department’s Bureau of Consular Affairs issued a tweet calling on Americans overseas to return home as soon as possible.

“The U.S. State Department urges Americans not to postpone their return home. It may soon be unavailable for all transportation.” The tweet wrote. Under this tweet, the US Department of State ’s Bureau of Consular Affairs also attached a picture with the words “American citizens should now make plans to return home.” The “now” in the picture is also bold in bold. 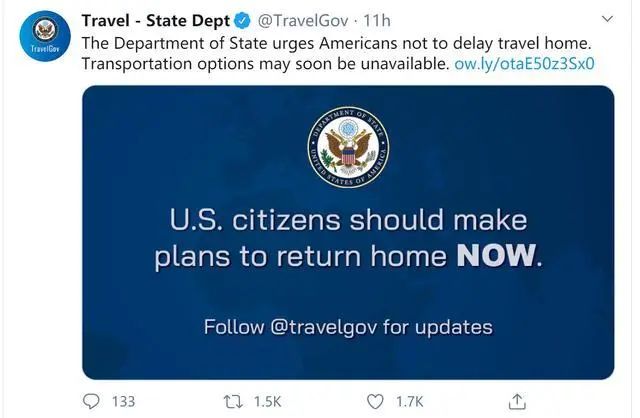 This tweet also attached a link to the Global Level 4 Health Warning issued by the US Department of State ’s Bureau of Consular Affairs official website on March 31—Don’t Travel. The warning stated that the US State Department advised US citizens to avoid all international travel. (Originally) American citizens living in the United States should immediately arrange to return to the United States unless they plan to stay abroad indefinitely. 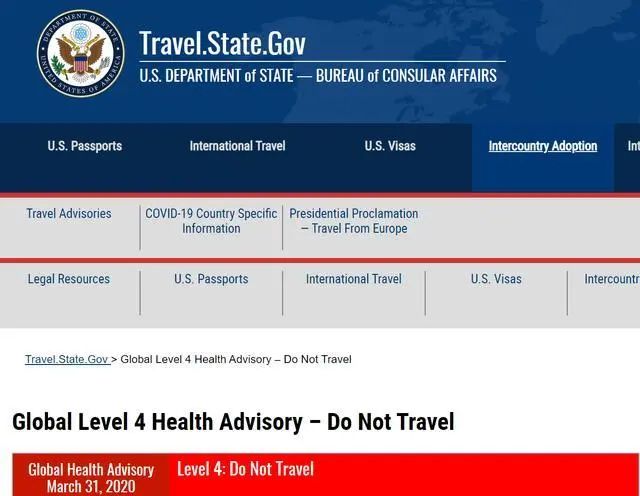 new crown pneumonia, News, USA
Previous PostThere may be deeper reasons behind the details of the dismissal of Captain America RooseveltNext PostHotline’s call for help was rejected for 4 times, “only China receives orders”