Home Health There may be deeper reasons behind the details of the dismissal of Captain America Roosevelt
Health, Politics
April 4, 2020April 4, 2020By daydayhub
0

Original title: There may be deeper reasons behind the details of the dismissal of the US carrier “Roosevelt”.

According to a report by CNN on the 2nd, Acting US Navy Secretary Thomas Modly announced, The captain of the aircraft carrier “Theodore Roosevelt” Brett Crozer was relieved of command due to “misjudgment”.

A few days ago, Crozer asked the navy leadership to allow more than 4,000 officers and men on board to disembark as soon as possible. Tragedy. 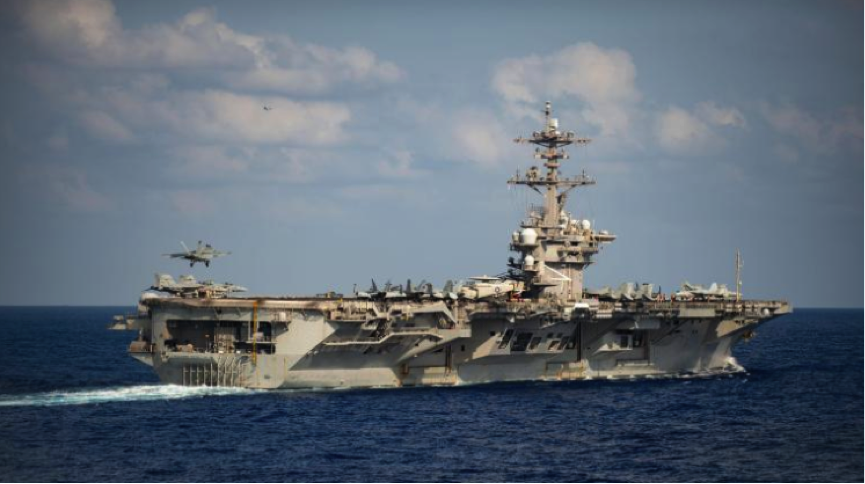 Navy ’s acting Navy Secretary Modley in Pentagon news The press conference said that Crozer was dismissed because he showed “extremely bad judgment” and shared letters to 20 to 30 people, spreading his concerns too widely and triggering a “storm” .

Modley said that Crozel was dismissed not because he leaked the letter to the media, but because “he didn’t show his professional ability when he faced the complex challenge of the new crown virus on board.”

Modley said Crozer “emailed everyone he knew”, increasing the likelihood of the letter being leaked.

Modley said: “In the process of widely distributing information, he did not pay attention to ensure that the information will not be leaked. In my opinion, this is one of his responsibilities.” 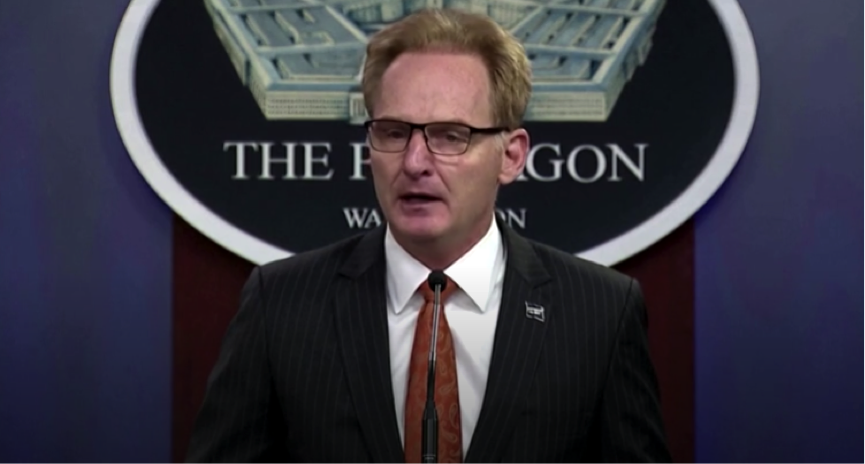 “I did not receive any information, nor did I imply that he leaked the information. (This letter) was published in the San Francisco Chronicle Newspaper. This surprised everyone, and the first time I read it was in the newspaper. ”Modley added.

Captain “Roosevelt” wrote a four-page letter of help and begged for high-level assistance from the Navy.

According to the “San Francisco Chronicle” reported on March 31, they received a four-page autograph from Captain “Roosevelt” Captain Crozer. The letter, titled “Request for Assistance in Responding to the New Coronary Pneumonia Outbreak”, dated March 30.

letter described the ship’s epidemic situation is “rapidly deteriorating”, requesting the naval senior to allow all crew members to disembark and take isolation measures as soon as possible. Crozer said in the letter, “If we do not take action now, we will not be able to properly take care of our most trusted asset-our sailors.” 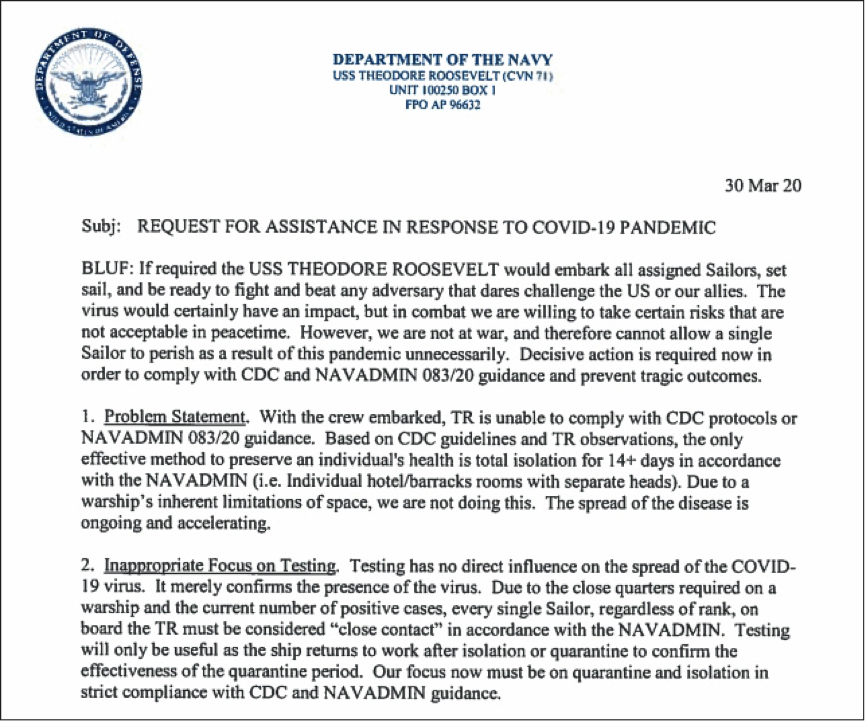 overreact? The dismissal of the “Roosevelt” captain’s move attracted criticism

from some senior Democrats in the US House of Representatives Military Committee, in a statement criticizing the military’s move to dismiss the captain. They said: “Although Crozer did not obey the command, when the sailors on the” Roosevelt “faced the crisis of the new crown virus, his dismissal was a destabilizing move that may expose the service personnel to greater risks. Endanger the fleet’s combat readiness. “The

statement said,” The new coronavirus pandemic has brought a series of new challenges, and we still have a lot of things we don’t understand. Captain Crozer is worried about the health and safety of the crew. He just failed to handle the huge pressure properly. Lifting his command is an overreaction. ”

The deep reason behind the

Cao Weidong said, first, the United States has spent huge amounts of money on this aircraft carrier exercise and wants to achieve the purpose of frontier deterrence and frontier deployment. The captain exposed the infection of officers and soldiers during the exercise. The exercise did not achieve the purpose of deterring opponents. Second, the officers and soldiers have contracted diseases from a few people to hundreds of people, and the captain has not done a good job in epidemic prevention. Third, the warship is now in a den and can no longer perform decent tasks. If the warship’s combat power is known to the outside world, it will directly affect the forward deployment of US combat ships and the purpose of the exercise, as well as the next action.

Teng Jianqun, director of the American Research Institute of the Chinese Academy of International Studies, said that there were two factors to the removal of the captain’s post. On the one hand, the captain did fail to perform his duties, and a large number of soldiers were infected with the new crown virus, which was the commander’s failure. The deeper reason is that the US military does not want to pass on this information to the outside world. The US military is now affected by the epidemic, and its combat capabilities have been greatly reduced. In addition, in recent years, there has been a shortage of US aircraft carriers, and the military strength of the navy has declined. It will be difficult to find new aircraft carriers to carry out missions in international waters for a while.

There are more than 5,000 soldiers on the “Roosevelt” aircraft carrier. On March 24th, three people on the “Roosevelt” were found to be positive for the new coronavirus test. Since then, the number of people diagnosed on board has gradually increased. The U.S. military only announced on April 1 that it plans to transfer 2,700 people docked on Guam ’s “Roosevelt” within a few days.

A U.S. Department of Defense official revealed on the 2nd that 114 sailors on the USS Roosevelt had been infected with the new coronavirus, and the outbreak on board was rapidly escalating.