The situation is undergoing major changes!

In the face of the power of nature, we humans are still too fragile and too small.

If they are still attacking each other, it is really sad for humans! 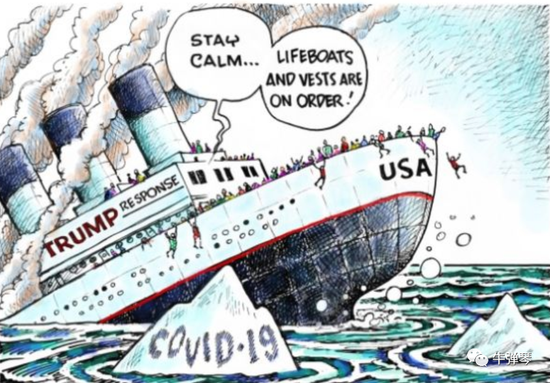 In just three months, the number of diagnosed new crowns in the world has exceeded 1 million, and the world’s epidemic resistance is entering the most intense and tragic stage. These two new changes in the United States at the epicenter made the Chinese helpless and angry.

From the current point of view, at least three major battles have taken place in this world war of epidemic prevention.

The first battle has finally cleared the battlefield.

China is the main battlefield, and the top priority is Hubei and Wuhan.

But more than two months later, after paying a huge price, China finally entered the final battlefield cleaning stage. On April 8, Wuhan, a city of 10 million people, will be unsealed. This is clearly an iconic moment.

Of course, it is impossible for China to be in the slightest. After all, the global situation is urgent and there are many imported cases. But China has finally passed through the most tense moments. The Chinese economy is returning with blood, and some places are returning to work and resuming production and living order is being restored.

The second battle is being fought fiercely.

Europe is the main battlefield.

The top priority is Italy and Spain, both fighting hard.

In Spain, the death data has exceeded 10,000, and the end is not yet visible.

After Italy and Spain, Germany, France, and the United Kingdom followed closely behind. Both British Prime Minister Johnson and Crown Prince Charles were diagnosed, which can further illustrate the tragic situation. 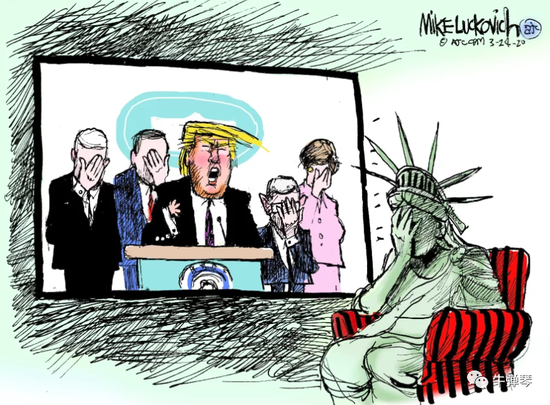 The third battle was also the most intense.

The United States is the main battlefield.

According to Trump, the next two weeks will be the hardest time. If the final death toll is less than 100,000, it will be a good result.

You’re right, this is equivalent to twice the death toll of all new crown viruses in the world today, and this is still the best result!

The worst result could be 2.2 million.

This is not a cold number, this is a lively life!

The world’s most cunning and vicious coronavirus finally began its encounter with the most powerful and confident American.

A more violent storm was sweeping across the United States. 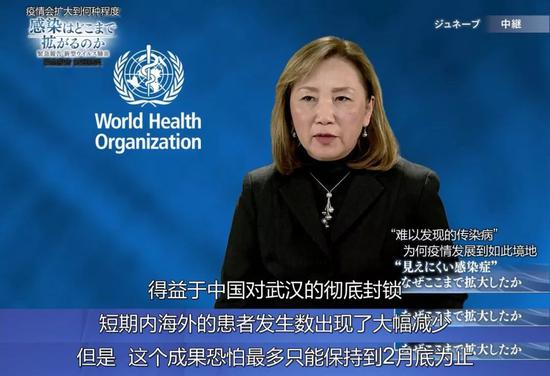 Have to admire the judgment of WHO officials. I remember that she had warned as early as February: Thanks to China ’s complete blockade of Wuhan, the number of overseas patients has fallen sharply in the short term, but this result can only be maintained until the end of February!

China’s tragic anti-epidemic measures have won a time window for the world. Some countries caught it, but many countries missed it. The world has never regretted the medicine, but the result was tragic casualties.

The situation is undergoing major changes. 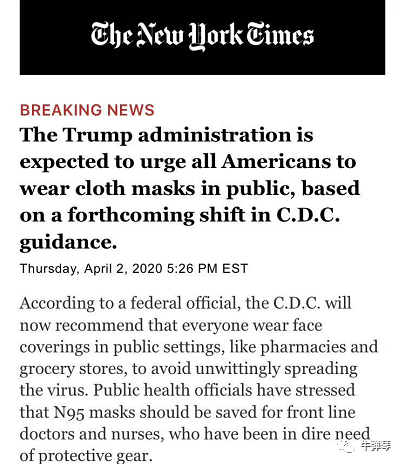 In the United States, there are at least two new changes.

The first change is that Americans are finally wearing masks.

According to the latest report from the New York Times, the US Centers for Disease Control and Prevention has decided that to stop the virus from spreading, it is recommended that every American wear a mask in public.

A problem that we think is justified. It took the United States more than two months to turn around.

You know, before, US leaders also publicly stated that they do not need to wear masks.

Many American nurses also complain that they are treating patients, but the hospital does not allow them to wear masks.

Of course, to make Americans change their attitudes quickly, I have to say that the words of Gao Fu, director of the China Centers for Disease Control and Prevention, also played a special role, and even said that they frightened Americans.

In my opinion, the biggest mistake in the United States and Europe is that people do not wear masks. The virus is transmitted through droplets and close contact. Droplets play a very important role, you must wear a mask, because when you speak, there are always droplets coming out of your mouth. Many people are asymptomatic or have an incubation period after infection. If they wear a mask, they can prevent the droplets carrying the virus from infecting others.

I know that many people in China have opinions about Comrade Gao Fu, but his words are really taken seriously by Americans. Anyway, I have seen a lot of quotes from the US media urging the United States to wear masks.

Such an experience, don’t blame the Chinese for not telling the United States!

But now, the death toll in the United States has exceeded 911, and the climax has not yet come. 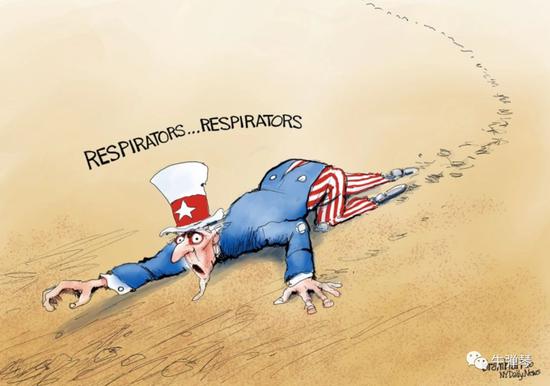 The second change is that there is no moral bottom line for American politicians to shake their hands.

On April 2, facing the bottom line of smearing, Chinese Foreign Ministry spokesman Hua Chunying exploded, scolding the other party for “shamelessness and virtue”, and then repeatedly asked:

2. If they can, then please explain: From January 15th, the US Centers for Disease Control and Prevention issued a warning about new coronary pneumonia, to the 25th, the United States announced that it would close the consulate in Wuhan and withdraw its personnel, and then on February 2, the United States responded All Chinese citizens and foreigners who have been to China in the past 14 days have closed the border. What has the US done in the past two months or so?

3. Can they explain why, according to the New York Times report on March 11, Zhu Hailun, a female doctor in the United States, started to “whistle” and warned about the domestic epidemic in January, and in February will Test results reported to U.S. regulators but ordered to be sealed off and testing stopped?

4. Why at the end of February did the White House require U.S. officials and health department experts to get approval from the Vice President’s Office before making a public statement about the outbreak?

5. Why did the US Centers for Disease Control stop publishing data related to the number of people tested and the number of deaths on March 2?

6. Why did McCarthy, a doctor of the Presbyterian Hospital of the United States, say on the CNBC program on March 2 that his hospital even begged the health department to detect suspected patients?

What does the United States do?

The situation is changing, and our response must change.

Above all, what happens next?

It’s already spring, and the black swan is flying in the west, so I won’t say more, three points:

1. The tragedy will continue.

Now it is Europe and the United States, and it can be anywhere in the world. The 1918 pandemic caused tens of millions of deaths worldwide. From the present point of view, if decisive action is not taken, it may indeed be a repeat of history. Even the United States, which has the strongest economic and medical power, is not in this situation? Even the simple reason of wearing a mask takes months to toss. This efficiency in dealing with viruses is undoubtedly an enemy. Ignorance is not an obstacle to survival, it is arrogance.

2. The game is played in multiple dimensions.

Not only the prevention and control of the epidemic, but also the economic rescue and the attack and defense of public opinion. The world is now stimulating the economy, but a recession is inevitable. The return of the Chinese economy at full blood, and the active resumption of work and production are major contributions. Some Western politicians will certainly throw their hands on the pressure to shift pressure. The first goal is China. But a very simple reason, Wuhan is tragically closed, and the whole world does not understand the danger of the virus? Next, there will be a fierce battle between the pan and the pan. 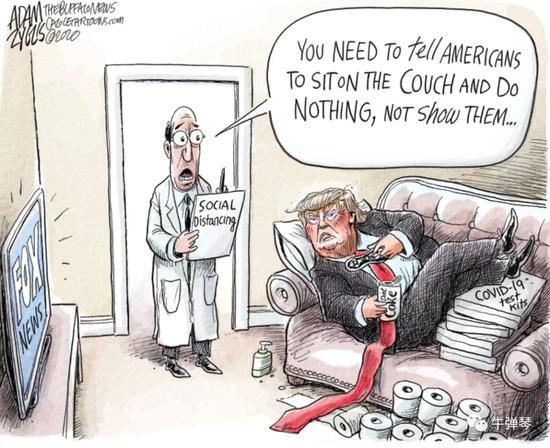 3. Be prepared for a long struggle.

According to some experts, the ultimate goal of viral transmission is not to destroy humans, but to coexist with humans. Maybe, in the end, it is the final winner, and it will harass humanity after a while. The real prevention and control of the epidemic does not depend on the country that does the best, but on the worst country. Mankind ’s biggest hope is to win some time to develop the vaccine as soon as possible after paying a heavy price.

The epidemic has changed China and the world, and it is bound to change state-to-state relations. Crisis Crisis, crisis and organic, for China, this is a severe challenge, but hold on, it is an opportunity, and it is even more important.

In the face of the power of nature, we humans are still too fragile and too small.

If they are still attacking each other, it is really sad for humans!

new crown pneumonia, News, Outbreak
Previous PostRussia’s Foreign Ministry thanks China for supporting the epidemicNext PostCompare these two data from the United States, and think about it!