Russia’s Foreign Ministry thanks China for supporting the epidemic

Original title: Russian Ministry of Foreign Affairs thanks China for supporting the fight against the epidemic. “By the way,” the United States mentioned that the

[Global Network Reporter Wang Boyaqi] Chinese government has recently provided aid to Russia in the fight against the epidemic. He thanked China at a press conference held on the 2nd local time. In addition, according to the Russian News Agency, Zaharova also took the example of mutual assistance between Russia and China on the same day, referring to the United States that had received Russian relief supplies not long ago and stated that it believed that the latter would also report to Russia if necessary. Party to help. 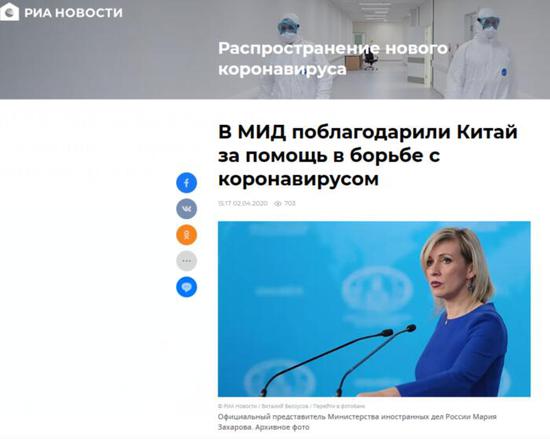 “We are grateful to China for providing humanitarian relief supplies to Russia. The Russian Air Force spacecraft left Beijing for Moscow yesterday (1st) and was loaded with medical supplies provided by the Chinese government free of charge.” Russian News Agency quoted Zaharova as saying .

At 4:40 on April 2, Moscow time, a Russian cargo plane carrying aid cargo arrived in Moscow, and the Ministry of Industry and Trade received the goods on behalf of the Russian government and sent them to the Russian State Medical Center. According to the Chinese ambassador to Russia, the total weight of this batch of materials is about 25.5 tons, including medical masks, protective clothing, surgical gloves, thermometers, shoe covers and so on. In the material box, the slogan “The virus must be defeated, victory belongs to us!” Is written in Chinese and Russian. 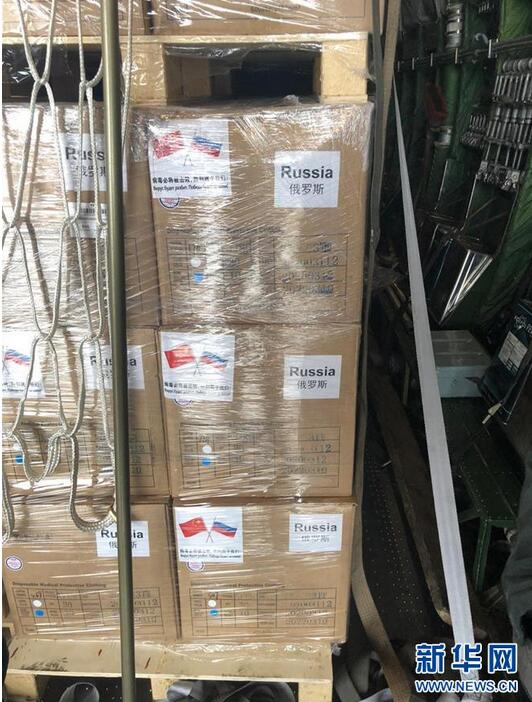 “Moscow was one of the earliest countries to help Chinese friends during the most tense stage of China’s fight against the new crown pneumonia epidemic. Zaharova said at a press conference on the day,” We now have the support of Beijing. According to the Russian News Agency, along with this topic, Zaharova mentioned the United States that has received aid from Russia not long ago.

Zaharova said that in order to curb the spread of the new crown pneumonia epidemic, the United States is expanding relevant industries to produce necessary products. “We believe that, if necessary, they will (also) help Russia in the future. According to reports, Zaharova also mentioned on the same day that Russia had noted the statement of the United States Department of State on the importance of the United States-Russia joint anti-epidemic and expressed its full agreement with this statement. In

order to prevent the spread of the new crown virus, Russian President Putin had Announced paid vacations in Russia from March 28 to April 5. At 4 pm local time on April 2, local time, Putin said in a national speech that the epidemic peak had not passed in Russia, so he decided to extend the holiday. Until April 30.

According to the news released by the Russian New Crown Virus Epidemic Prevention and Control Command on the morning of April 2, Russia has added 771 new confirmed cases of New Crown Pneumonia in the past day and night. So far, the country has accumulated 3,548 confirmed cases, of which 3548 There are 2475 confirmed cases in Moscow.