Captain “Roosevelt” wrote a letter asking for help, US netizens: “We seem to have become paper tigers”

never thought that I was in The US aircraft carrier that would be “isolated” at sea would be very safe, turned out to be the “severe disaster area” for the new crown pneumonia epidemic.

Last Tuesday (March 24), three new crown pneumoniae infections appeared on the USS “Theodore Roosevelt” aircraft carrier, and the number of infections has continued to increase. Therefore, the US Navy urgently ordered to be deployed to the Philippines and the South China Sea. The aircraft carrier docked in Guam and tested the new crown virus on more than 5,000 crew members on board.

The Associated Press reported at the time that the sudden change was thought to herald “more trouble is coming.”

Not long after, the “big trouble” of the “Roosevelt” aircraft carrier really came-according to data obtained by the US media, the aircraft carrier has now infected more than 100 people and may continue to increase. 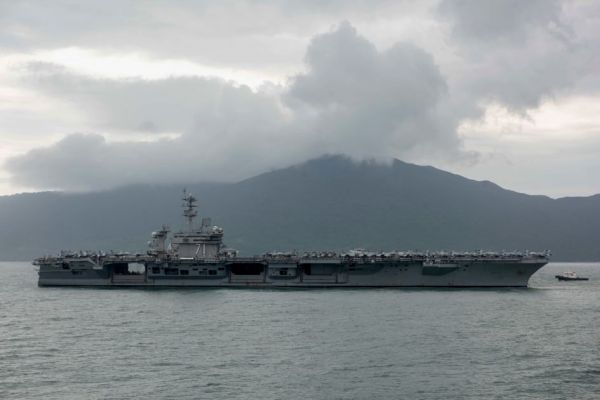 original “Roosevelt” carrier received the order that “the owner of the ship must not disembark, except at the dock”, but now the situation is really worrying. Captain Crozet also had to openly ask for help and write to the US Navy leader, asking that all crew members be disembarked for inspection and isolation to avoid further deterioration of the situation.

In this four-page letter, Crozet wrote: “Now it is not in wartime, soldiers do not need to sacrifice, and if we do not act now, we cannot properly take care of our most trusted sailors.”

He also pointed out Due to the limited space, it is impossible to isolate and maintain social distance according to official requirements on the ship, so the sailors should be placed on shore and the aircraft carriers should be disinfected.

The situation reported by Crozet was unrealistic, but after his letter was issued, the problem was not resolved quickly.

According to the San Francisco Chronicle, when asked what measures should be taken with the Roosevelt aircraft carrier, US President Trump responded, “Let the military make decisions.”

while Acting U.S. Secretary of the Navy Modley said that he was aware of the letter, but he disagreed with Crozet.

Mode Li said: “We are treated very methodical, aircraft carriers and cruise after all different, ship weapons, aircraft, nuclear reactors there, someone must do a lot of things, we are working to overcome the difficulties.”

US Defense Secretary Ai Sipo The response was even more “subtle”. He told the media that he “has not had a chance” to read the letter carefully, but he stressed that the Navy would be allowed to assess the situation and provide all necessary support to the aircraft carrier.

Although it seems that all parties have shown a “full support” attitude, for many American netizens who are concerned about the development of the USS “Roosevelt”, the safety of the sailors on board is their most concern. Someone said that her son was serving on an aircraft carrier, and now she is very sad and angry. 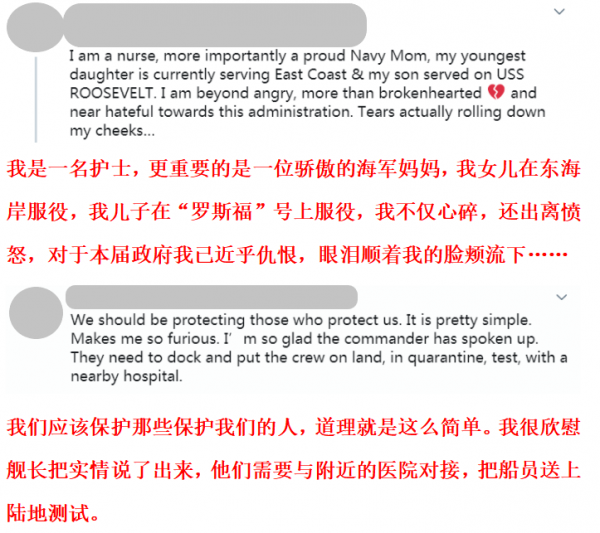 Others said that the infection on the aircraft carrier was so serious that it exposed the serious problem of US military readiness, and it was “shameful” not to acknowledge it. 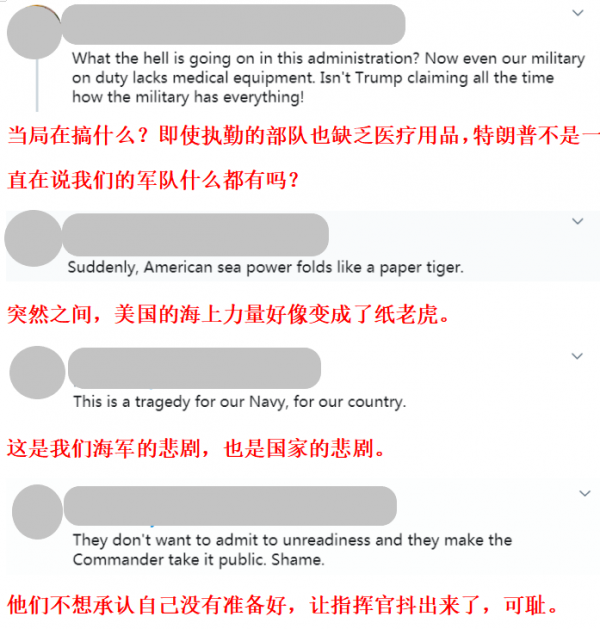 What is even more regrettable for the American public is that this tragedy might have been avoided. Some netizens pointed out that it is precisely because of the delay of the US government that it has caused such serious consequences today. 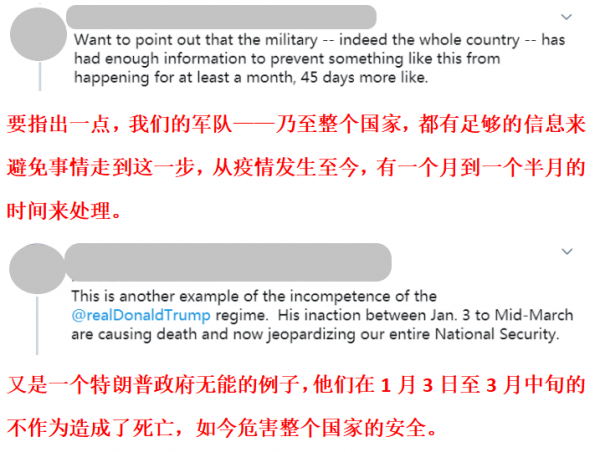 In anger, many people went to the US Navy’s Twitter homepage to leave a message, calling on them to “rescue the sailors.”

At present, the aircraft carrier “Roosevelt” is still moored in Guam.