The article records the mixed feelings of doctors at many hospitals in New York City: “The intensive care unit is about to explode,” a surgeon at Columbia University Irvine Medical Center voluntarily applied to the front line after learning that half of the nursing staff were infected; Wilcona A doctor at the Medical Center said that she would pass by a colleague who was in critical condition and was undergoing intubation treatment every day, and did not know who would fall next; a doctor from a large hospital in New York City described it as “a virus Petri dishes, “more than 200 hospital workers were infected;” I think we were all sent to the slaughterhouse, “said Thomas Riley, a nurse at the Jacobi Medical Center who himself and his spouse were infected with the new crown virus. Said.

The article mentions that there have been more than 30,000 confirmed cases of New Crown pneumonia in New York City, and health care workers fighting the virus have also been infected. In the intensive care unit and emergency room, I saw some colleagues also starting to get sick, and those calm medical staff also began to panic. 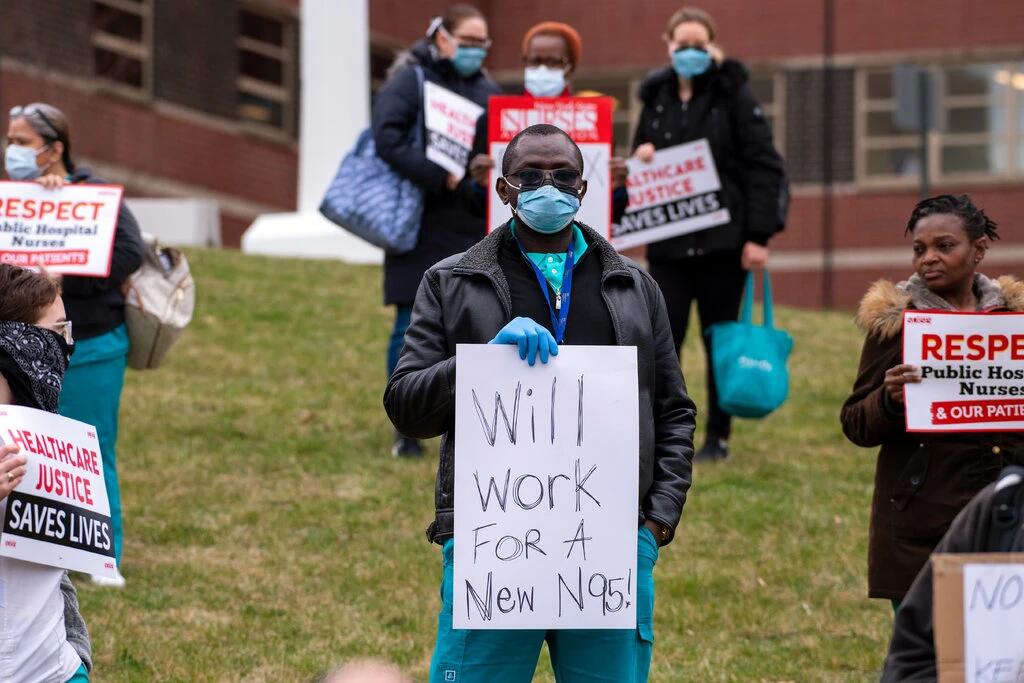 As for the specific situation of medical staff infection, the article stated that because of the large and disorderly medical system of New York City, the infection rate of medical staff cannot be accurately calculated. The Dean of the American College of Emergency Physicians said that the situation in the United States is currently changing and it is impossible to track such data, but the danger is increasing and doctors are infected everywhere.

Riley, a nurse at Jacoby Medical Center in New York, said that when she went to the emergency room recently, she realized that she and her colleagues could never avoid being infected. Riley described the hospital as crowded with dyspnea patients whose lungs sounded like sandpaper and that masks and protective clothing were in short supply. The article mentioned that Riley also developed cough, fever and other symptoms, and was diagnosed with an infection. Later, his spouse also became ill.

The lack of medical protective materials is also one of the reasons for the panic among medical staff. According to the article, in the early stages of the epidemic, New York medical staff changed protective clothing and masks every time they went to the clinic, and then put on protective equipment until the end of the shift. With the scarce supply of medical supplies, a doctor working in the intensive care unit said he was required to hand in masks and face masks at the end of the shift to disinfect them for future use.

“This puts us in danger and puts our patients in danger. I can’t believe this happened in the United States.” Kelly Cabrera, an emergency room nurse at Jacobin Medical Center, complained.

Not only that, the article also mentioned that many doctors and nurses are also worried that they may infect the patient with the virus and turn the hospital into a virus incubator, thereby exacerbating the crisis. There are also concerns about bringing the virus to spouses and children. Some medical staff said that they would wear surgical masks at home and would not sleep in the same room as their spouse. Some even chose to move away from their families in isolation.