The article said that earlier, more than a dozen federal government officials responsible for combating the new crown pneumonia epidemic gathered at the White House day after day to evacuate the US Consulate in Wuhan, China, ban Chinese tourists from entering, and evacuate the “Diamond Princess” The American problem on the cruise ship racked its brains. 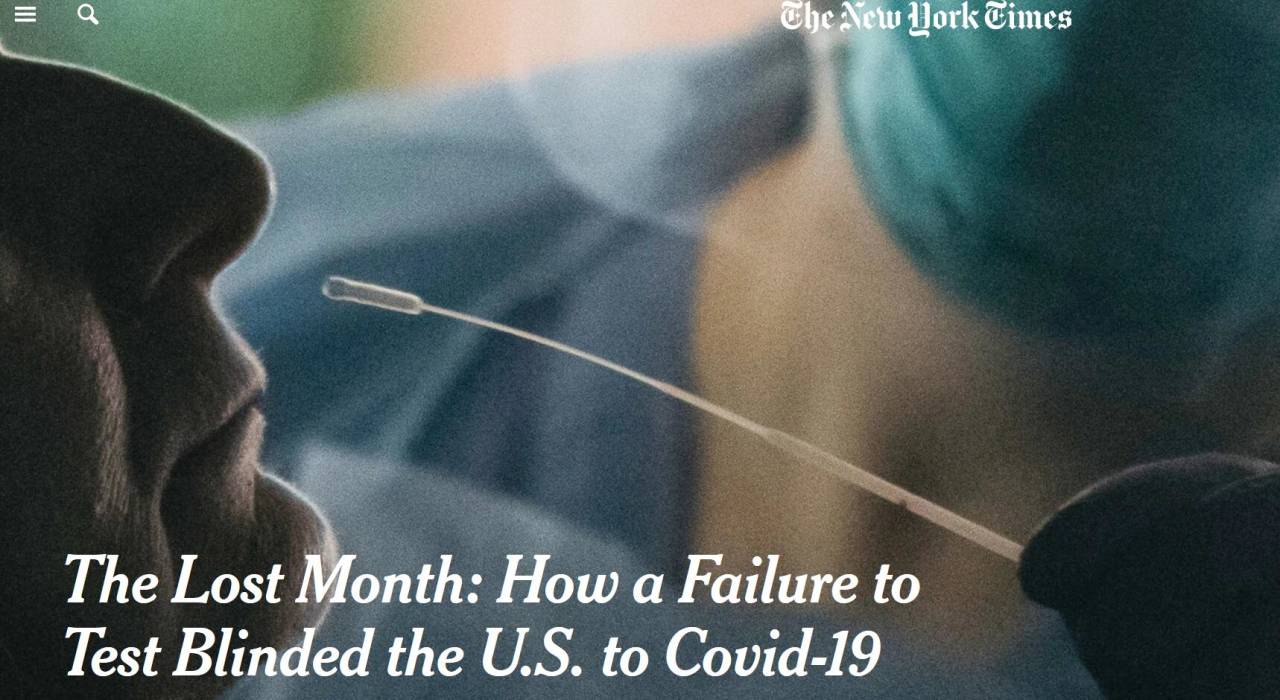 But several participants recalled that members of the White House New Crown Virus Task Force typically spent only 5 to 10 minutes discussing detection issues, and often at the end of controversial meetings. At the time, the head of the Centers for Disease Control and Prevention (CDC) also assured others that they had developed a test model and that the first step would be quickly rolled out.

However, according to the article, based on interviews with more than 50 current and former U.S. public health officials, government officials, senior scientists, and company executives, the United States The government has not conducted large-scale tests on people who may have been infected.

“As a result, the United States, as the richest country in the world with a large number of trained scientists and infectious disease experts, has missed the best opportunity to curb the spread of the new crown virus. At the same time, Americans are facing an imminent The public health disaster turned a blind eye, “the article wrote.

According to the report, Dr. Thomas Frieden, a former director of the CDC in the United States, said that “too late” rigorous testing revealed flaws in the government’s response. Epidemiologist Jennifer Nuzzo of Johns Hopkins University said the Trump administration’s understanding of the potential impact of the pathogen was “extremely limited.” Former U.S. Food and Drug Administration (FDA) Margaret Hanberg said the oversight made it possible for “exponential growth in cases”.

The report also said that Anthony Fauci, a top U.S. scientist involved in the fight against the epidemic, told members of Congress that failure to conduct early detection was a “failure” for the government to respond to the deadly global epidemic. “Why can’t we mobilize (test) on a larger scale?” He later said in an interview with the magazine.

The article said that at the beginning of that crucial month that had been missed, the US government could have taken measures in time, but the president was dismissed by impeachment and ignored the threat to the public health or the national economy. By the end of February, Trump also claimed that the virus would disappear in the United States, “it will disappear. One day, it will disappear like a miracle.”

In early March, federal officials finally announced the extension of the scope of detection, but it was too late . Due to early mistakes, containment (virus) is no longer an option.

The United States is currently the country with the largest number of confirmed cases of new coronary pneumonia in the world and the first country with more than 100,000 confirmed cases. The number of infections and deaths continues to rise, urban blockades, economic stagnation, and disruption of daily life. Despite this, many infected Americans are still untestable.

new crown pneumonia, New York Times, News, Outbreak, United States
Previous PostTrump: If the number of new pneumonia deaths is controlled at 100,000, our performance is not badNext PostA large number of medical supplies purchased by the United States from China have been airlifted to New York