At this time, the two parties in the United States are still rampant

Home Health At this time, the two parties in the United States are still rampant
Health, Politics
March 30, 2020March 30, 2020By daydayhub
0

Original title: At this time, the two parties in the United States are still clamoring.

According to Reuters news on the 29th, around the next step of the US Congress to deal with the new crown pneumonia crisis, the two parties appeared new differences on Sunday.

Just two days ago, the U.S. Congress passed an unprecedented $ 2 trillion stimulus bill to invest huge amounts of money to meet the dual challenges of the epidemic and the economy.

The Governor of Chang’an Street (WeChat ID: Capitalnews) noted that before the bill was promulgated, the US Democratic and Republican parties fought fiercely, causing the bill to be stranded for the second time. Subsequently, the two parties “flipped” each other. Senate Republicans accused Democrats of attempting to use the new crown pneumonia epidemic as a bargaining chip for their political purposes, while Democrats accused Republicans of “only knowing to make partisan speech.”

In the end, due to the emergency of the epidemic, the two parties decided to shelve the dispute and pass the bill as soon as possible.

“I want to thank Democrats and Republicans for putting the United States (interest) first and coming together.” US President Trump said when he signed the bill at the White House. However, according to the Capitol News, Trump’s refusal to invite Pelosi and other Democrats to witness the signing of the bill once again highlights the grievances between the two. 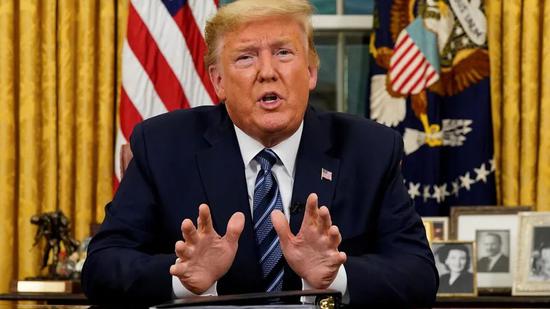 Today, Pelosi is trying to advance a new round of economic stimulus bill, or due to bipartisan strife. House Republican leader McCarthy said on the 29th that “I’m not sure we need a fourth stimulus package” and pointed out that we need to see the effects of the first three stimulus packages.

In an interview with CNN on the 29th local time, Pelosi blamed Trump for his slow response and failed to prepare in advance. She blamed Trump’s early denial of the epidemic as “lethal” and has cost Americans their lives.

“We should take all precautions. The president is messing around, and Americans are struggling on the brink of death.” Pelosi emphasized that Trump “has been slow to get equipment where it is needed.” 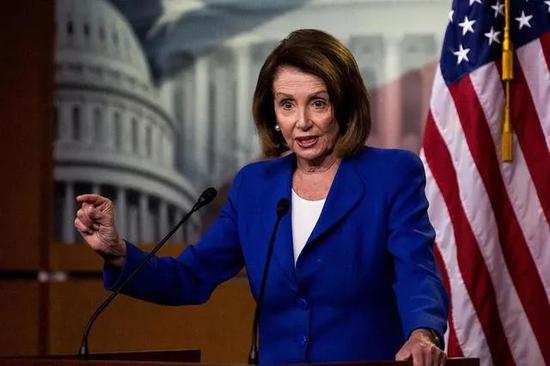 Also on the 29th, Graham accused Pelosi of being “the first politician to blame the death of the people to another politician” in an interview with Fox News, calling her remarks “modern The most shameful and disgusting words ever said by a politician. ”

Graham also slammed Pelosi and other Democratic lawmakers for deliberate delays on the $ 2 trillion stimulus bill.

On the 24th, Como criticized the federal government for its poor resistance to the epidemic, and issued three consecutive questions, “Where is the ventilator? Where is the protective clothing? Where are the masks? The president said this is a war, so act like a war!”

Previously, Como applied to the federal government for 30,000 ventilators, but Trump questioned the demand.

In fact, Trump and Como have long complained. On the 17th, Trump called Como on Twitter and had to “do more.” Como went straight back and said, “I’ll do more? … You are the president. Hey, I’m happy to do your job. Give me the command of the US Army Corps of Engineers. I I can take over immediately. ” 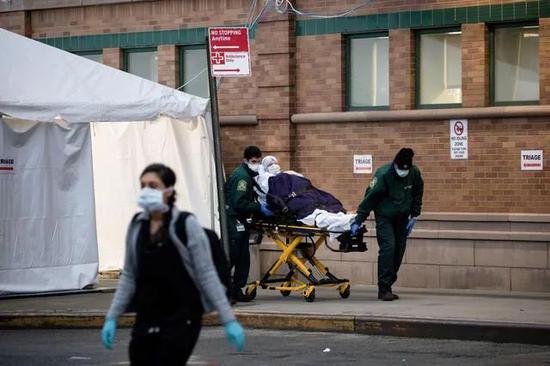 March 28. Medical staff sent patients to the emergency room of a Brooklyn hospital in New York, USA. Source: Xinhua News Agency and the

Associated Press published an article on the 29th stating that the response to the new crown pneumonia epidemic highlights the deepening of partisan differences and proves that even a pandemic cannot bridge the growing political divide in the Trump era.

The article said that before the two parties had a fierce debate on immigration, taxation and medical insurance, it is now reflected in the formulation of policies to respond to the new crown epidemic, which threatened countless lives and local economies across the country.

Analysts pointed out that in the face of such a difficult situation, it is still difficult for the United States political community to form a concerted effort. The federal government and the state governments, Republicans and Democrats have different interests and opinions, which hinders effective response to the epidemic.