Original title: The Governor of New York announced the list of donations and tweeted to thank Huawei

(Observer.com) The new crown pneumonia epidemic in the United States is getting worse, and New York State has become the epicenter of the US epidemic. Many companies and individuals have begun to donate to the State of New York to help them survive the crisis, including Chinese company Huawei.

donation list includes companies and individuals such as Goldman Sachs, L’Oreal, SoftBank, Facebook and singer Rihanna. It is worth noting that Chinese company Huawei also appeared on the list. The list shows that Huawei donated 10,000 N95 masks, 20,000 protective clothing, 10,000 pairs of gloves and 50,000 goggles to New York State. 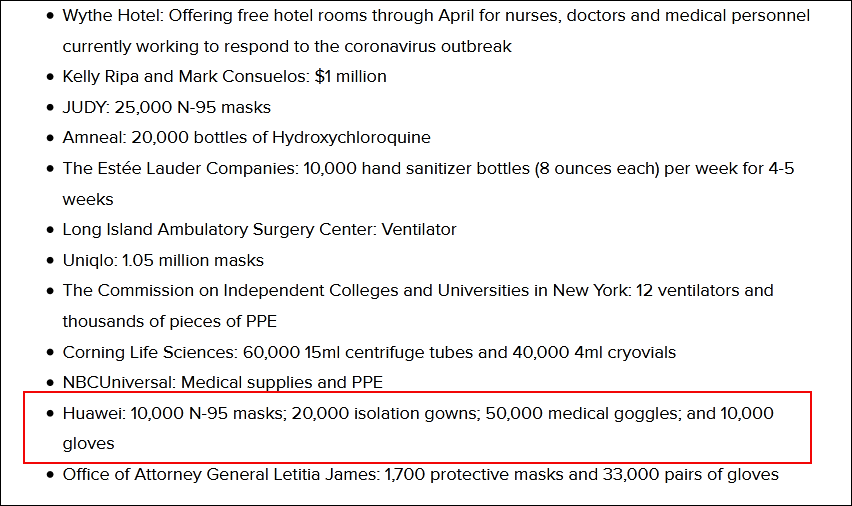 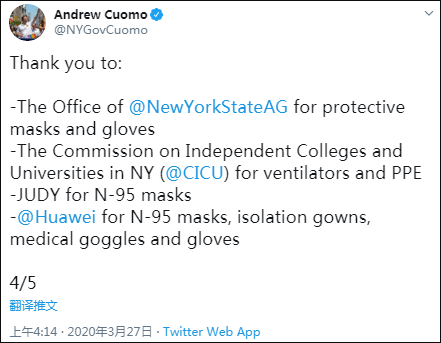