The WHO says the United States may be the new epicenter of the epidemic, why is the number of confirmed cases soaring?

Home Health The WHO says the United States may be the new epicenter of the epidemic, why is the number of confirmed cases soaring?
Health, Politics
March 26, 2020March 26, 2020By daydayhub
0

Original title: WHO says that the United States may become a new “epicenter” of the epidemic, why is the number of confirmed cases soaring?

According to the worldometer website for real-time statistics, as of 16:00, March 25, Beijing time, a total of 424,024 cases of new coronary pneumonia have been diagnosed worldwide and 18,929 have died. 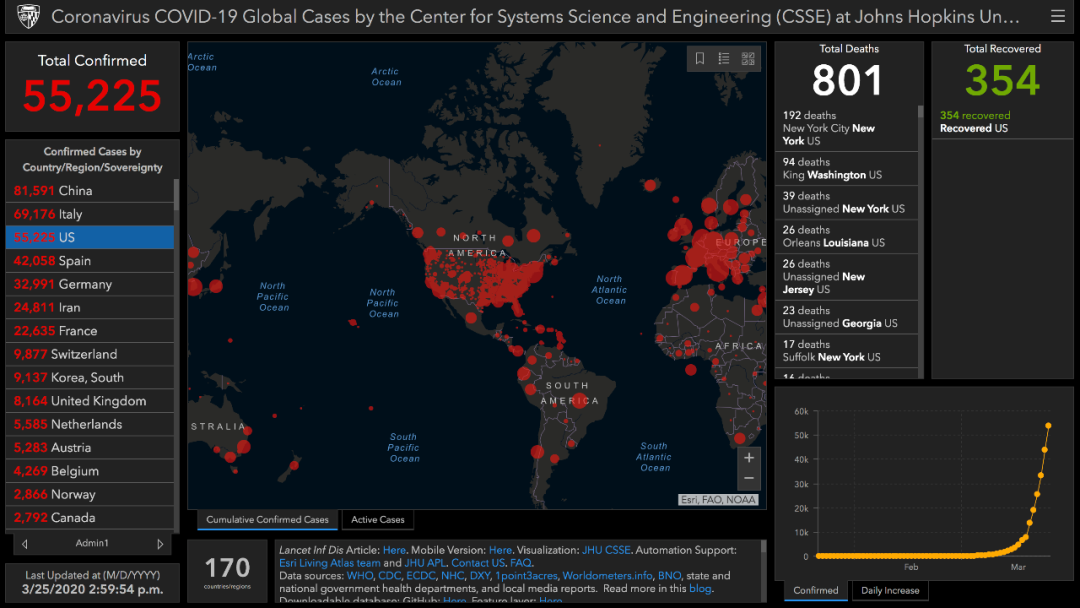 How serious is the U.S. outbreak? ——New confirmed cases have been broken for two consecutive days 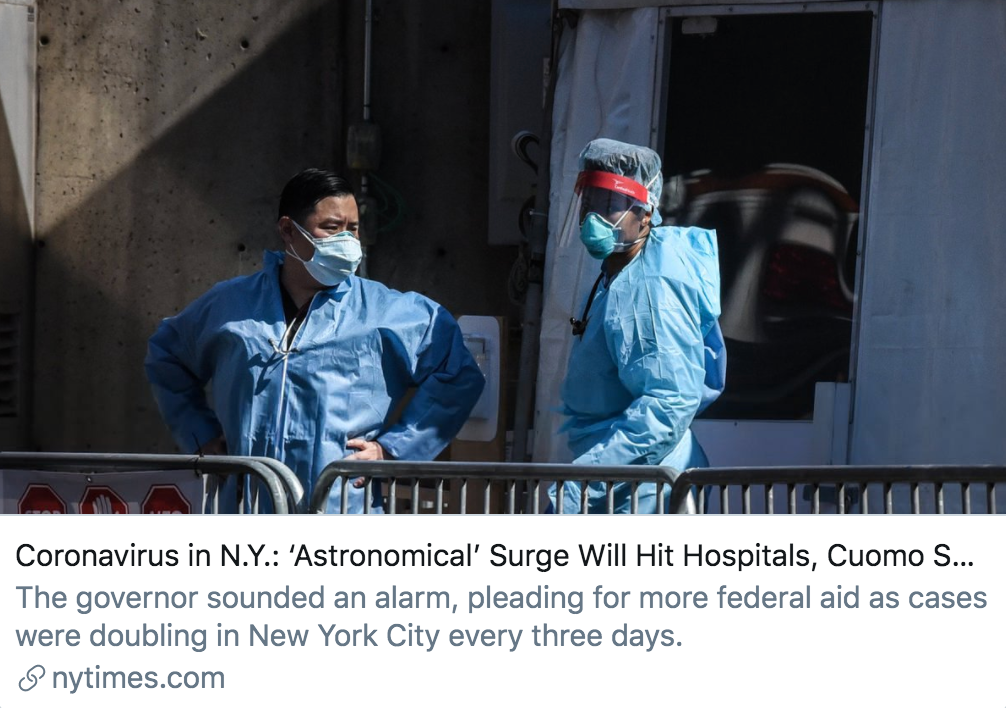 New York Governor Andrew Cuomo said that New York State will usher in the peak of the epidemic in the next two to three weeks, when New York State will need 140,000 hospital beds, which will put great pressure on medical services. Currently, there are only 53,000 beds in the state.

On March 24, local time, US President Trump stated at the outbreak report that he hoped that the United States could lift the blockade before Easter (April 12) and make Easter special because the United States “restarted the economy.”

Como said, “If you ask the American people to choose between public health and the economy, there is no comparability at all. No American will promote economic development at the expense of life.” Como believes that the federal government did not support enough medical equipment to respond to the crisis.

According to the Yonhap News Agency, on March 24, local time, Trump said in a call with South Korean President Moon Jae-in that he hoped that the Korean side could provide medical equipment for the epidemic. Moon Jae-yin responded that if South Korea has remaining resources, it will provide the greatest help if conditions allow.

According to CNN, the Harvard president and wife were also unfortunately diagnosed. On March 24, local time, Harvard University President Lawrence Barco stated in an email to the Harvard community that he and his wife were positive for the new crown virus test. 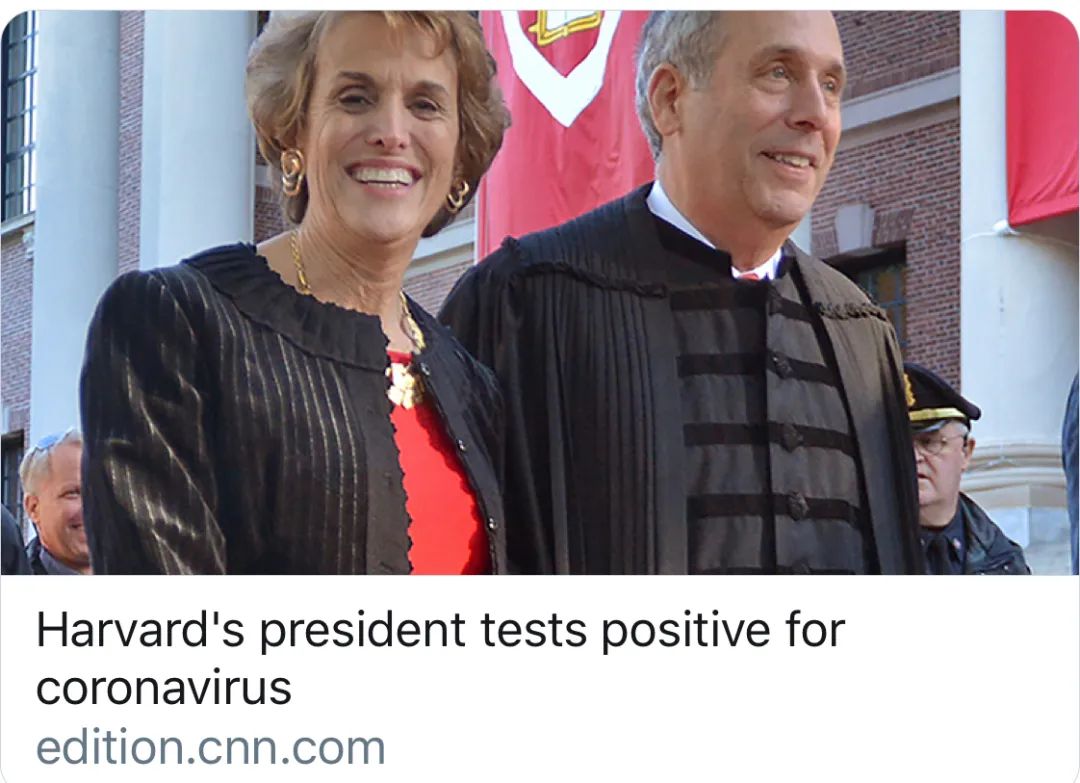 Bako said, “we began to emerge from the 22nd pneumonia symptoms associated with a new crown, first cough, then a fever, chills, muscle aches accompanied by symptoms of 23 days, we try to contact a doctor, and on the 24th New crown virus detection, just received the results of the virus detection a few minutes ago. ” 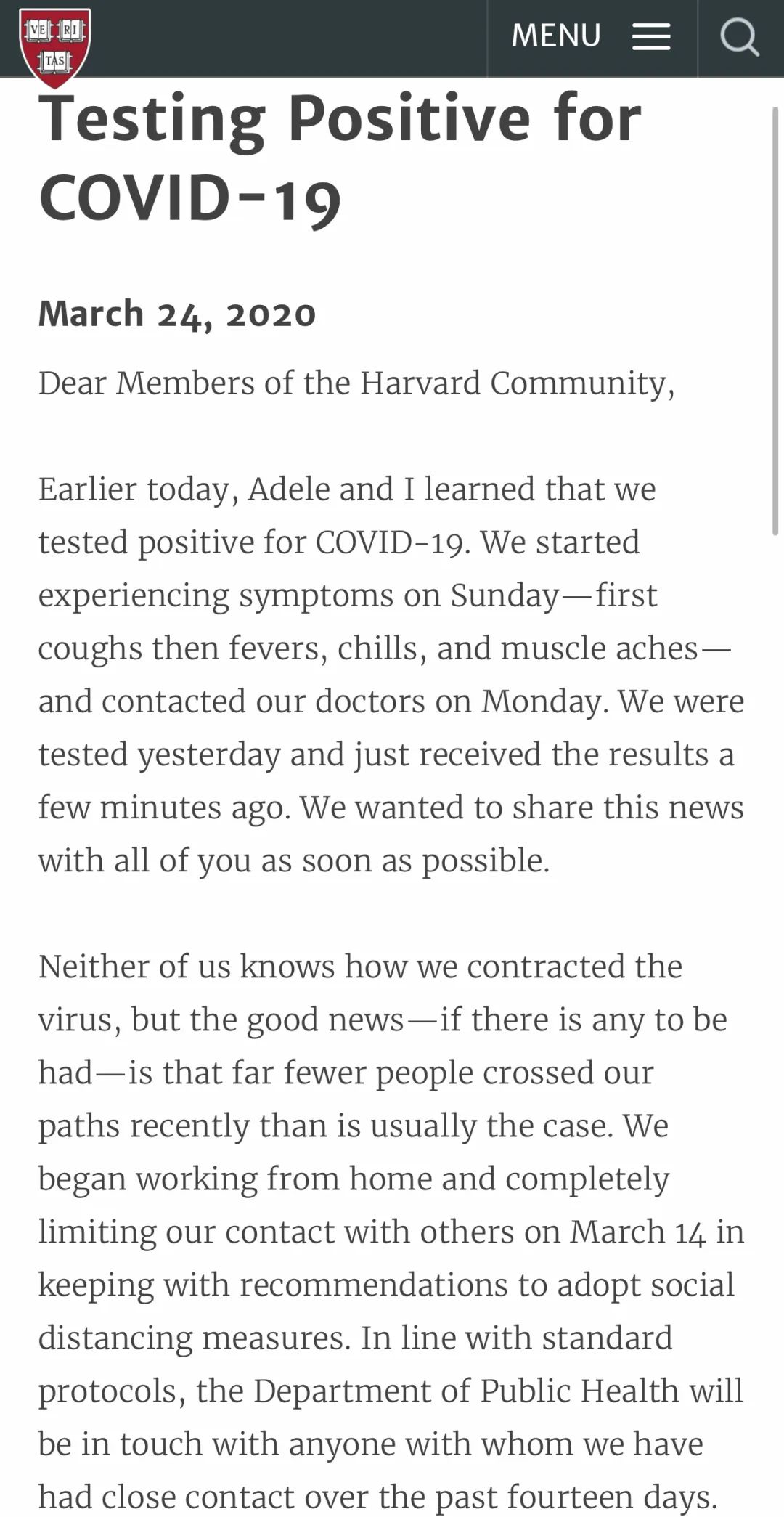 Message from the President of Harvard University.

“I don’t know how my wife and I were infected with the new crown virus, but the good news is that we have recently reached fewer people than usual. According to regulations, the Ministry of Public Health will contact us over the past 14 days to People who have been in close contact. Currently we will be quarantined at home for two weeks. ”

According to Harvard’s official website, as of the 24th local time, a total of 18 faculty and staff have tested positive for the coronavirus, and they are currently receiving appropriate treatment. 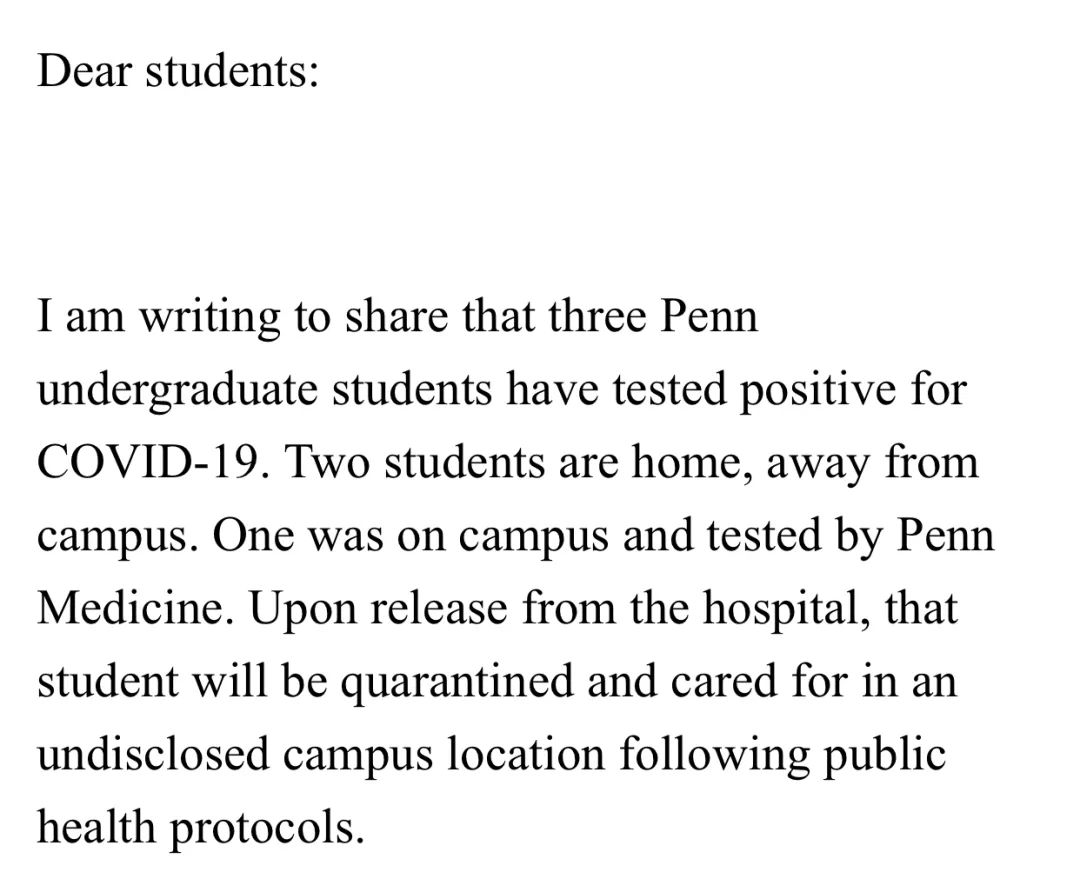 courtesy of the Why is there a surge in confirmed cases in the United States? ——Some experts said that “we failed in terms of testing.”

According to a report from the Atlantic on March 21 in the United States, if the U.S. could test for the new crown virus earlier, it could have prevented the death of the American population and economic downturn due to new crown pneumonia the result of. 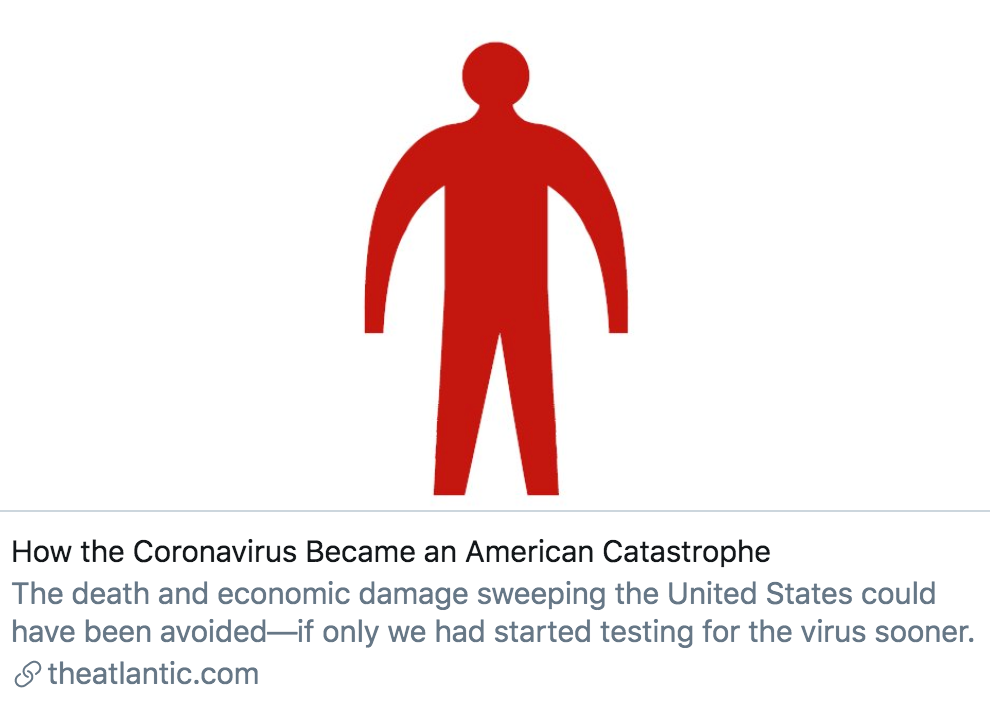 “Atlantic Monthly” points out that the virus test can clearly understand the number of patients with new coronary pneumonia, but the US Centers for Disease Control and Prevention “has messed up.”

In early February, the US Centers for Disease Control and Prevention distributed test kits to state and local public health laboratories. However, some components had manufacturing defects that could not produce accurate test results, rendering the entire test suite unusable. At this time, the new crown virus has spread in the United States.

Without adequate virus testing, there is only one way to understand the severity of the epidemic: counting deaths. On February 29 local time, Washington State confirmed the death of a man who had worked in a nursing home outside Seattle. This is the first official US case to confirm death from new coronary pneumonia. However, according to the CDC website, as of February 29, only 472 people in the United States have been tested for the virus.

Due to insufficient initial testing, the number of confirmed diagnoses in the United States cannot reflect the actual outbreak. “We must admit that we failed the test,” said Anthony Fauci, director of the National Institute of Allergy and Infectious Diseases.

According to the Atlantic Monthly, although New Crown virus has begun to spread within the community, officials from the US Centers for Disease Control and many states still insist that only people with a history of international travel or contact with confirmed cases be tested for the virus. At the same time, doctors and nurses who have developed symptoms associated with new coronary pneumonia cannot test for the virus because they do not have a clear history of exposure.

What precautionary measures has the United States taken? ——17 states have issued “home orders”

According to CNN, in response to the new crown pneumonia epidemic, as of March 24, local time, 17 states in the United States have issued “stay-at-home orders” ), More than 50% of Americans have travel restrictions. 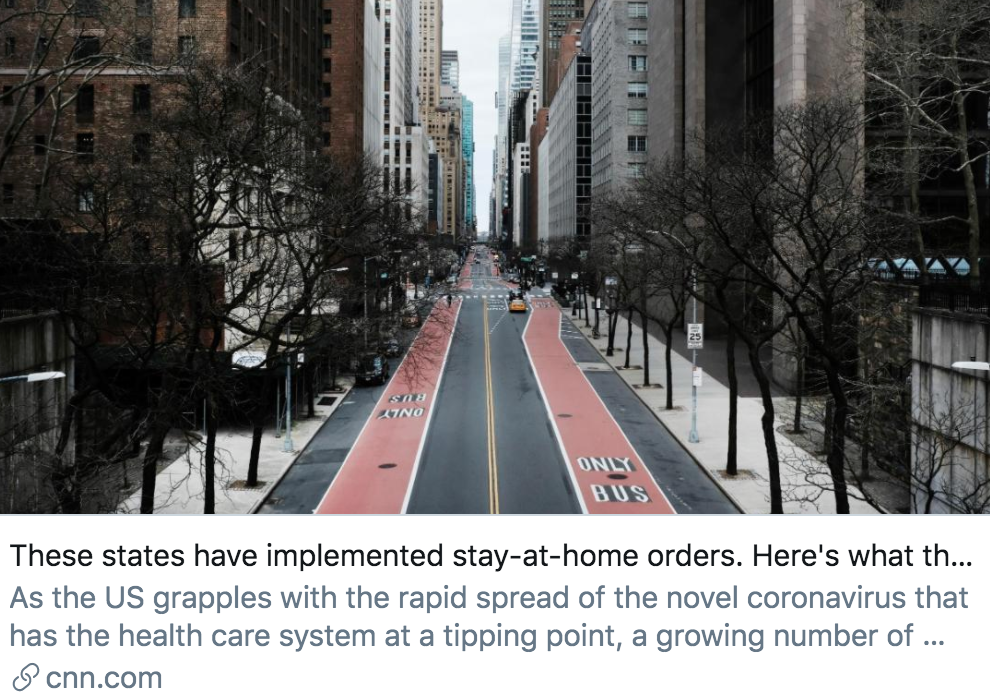 On March 24th, local time, Muriel Bowser, Mayor of Washington, D.C., announced that he would close all “non-essential” stores in Washington, DC. Bao Ze said that non-emergency service agencies such as barber shops and tattoo shops will be closed, and the Municipal Motor Vehicle Administration, Consumer and Regulatory Affairs Bureau and Transportation Bureau will stop on-site office.

Previously, Washington, DC had banned large gatherings, closed gyms and movie theaters, barred restaurants and bars from providing dine-in services, and schools in Washington, D.C. would be closed until April 24.

On the 24th local time, Florida Governor Ron de Santis said he would sign an order requiring people who have had travel history in the New York area in the past three weeks to implement self-isolation.

In addition, the federal government plans to transform a Manhattan convention center into a square-cabin hospital that can accommodate 1,000 beds.