China ’s continued clearing Chinese are crying with joy, and the rolling traffic in Wuhan has also caused the little friends to shout excitedly: traffic jams, Finally the traffic jam! China’s long-awaited Wuhan lifting of the ban will also come true. In this regard, the WHO also gave a positive evaluation, claiming that China has brought hope to the world.

Indeed, China’s victory is a rare piece of good news for a world still haunted by the haze of the epidemic. When the WHO characterized the new crown virus as a “human enemy”, China, as the first country to defeat the virus, was no less significant than Midway and Stalingrad during World War II.

However, the harsh voice came again unexpectedly, and many western media have questioned China’s zeroing!

For decades, I have been accustomed to numb “questions” in the West, but this time, I was out of anger. Not only because there are common enemies in the East and West and the world, they have the same situation, but because China does the best. Even more so, until this time, the West still couldn’t let go of its arrogance and self-interest.

China’s zeroing is nothing more than embarrassment and great pressure on the West: China was the first to have an epidemic, and they arrogantly derogated and mocked, but later fell victim to it. It was at this time that China ushered in victory, which naturally made it difficult to accept. Almost out of instinct, a war of doubt was launched.

What is particularly different is that this is the first time that the East and West have faced the same challenge since the global economic crisis in 2008. Although competing on the same stage, the West also has the advantages of time and place: China’s experience and more than a month of preparation time for the world. As a result, the West is completely at a disadvantage, and its sense of crisis can be imagined. 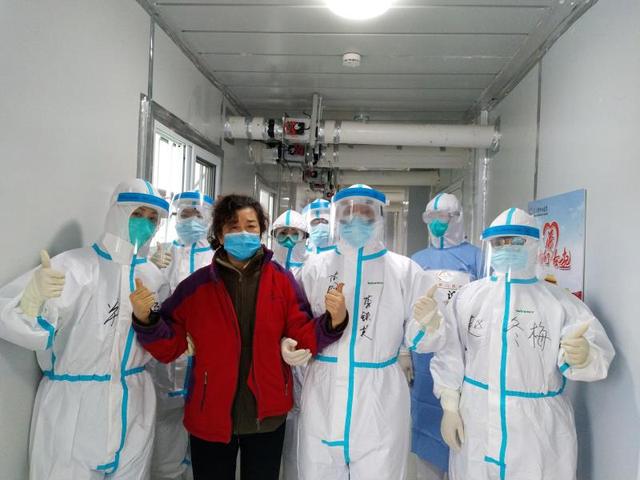 According to the performance of various countries to the present, whether the new crown data is true depends on four conditions: the

first is epidemiological conditions. This was mainly in the early stage of the epidemic. The standard set by China was to go to the seafood market. The standard set by South Korea, Japan, Taiwan, and the United States came from Wuhan. Later, it was found that it could not cover all cases and was adjusted.

The second is detection capability. Countries vary widely. Germany can test 12,000 cases a day, and France only has 4,000 cases. In the early days of the United States, because the testing reagents were unsatisfactory, and the states were not allowed to test, the level of testing was very low at one time, and then improved, and the number of cases rose sharply.

The third is testing will and policies. China and South Korea are comprehensive tests, including suspected cases and close contacts. Therefore, there is also a single case of data in China: asymptomatic people, although not counted as confirmed cases, must be observed and isolated for 14 days. Most countries in the West either explicitly stipulate that non-detection of mild cases is represented by France, Germany, Britain, Japan, etc., or simply give up testing, which is represented by Sweden. Other countries, such as Germany, do not test the dead.

However, in fact, the deceased person is generally tested in various countries, because his contact history can be traced, and high-risk groups can be effectively isolated. 75% of the deaths in Bergamo, Italy, are at home. If you follow German policies, you can reduce a large number of confirmed diagnoses and deaths. But what’s the point other than looking at the data and letting everyone relax?

Therefore, China’s data is the most complete and reliable both in terms of capabilities and testing policies, and it is also the most valuable reference from a research perspective. Western published data does not include suspected, mild, or even asymptomatic people. Its accuracy is far worse than that of China. However, what is absurd in this world is that China has not accused the Western data of being inaccurate, but the West is rightly beating it.

It is especially important that anyone knows that viruses are different from others. Fake information cannot be hidden at all, and the consequences are very serious. If China’s clearing is false, how dare to unblock Hubei? Unblock the country?

Historically speaking, since the reform and opening up, Western skepticism about China has continued. In particular, if China performs well, it will deny you in the name of questioning. This is outstanding in questioning China’s economic data. Later, some professional scholars couldn’t stand it anymore-scholars are not political figures. After all, they must be based on facts, and monographs have been published to refute them.

One of the more famous is Arthur R. Kroeber, a former professor of lectures at Columbia University’s School of International Public Affairs. In his new book “China’s Economy: The Truth Everyone Needs to Know,” he analyzes the reliability of China’s data with a special chapter, and refutes all kinds of questions, arguing that they lack theoretical and empirical support. In the end, he concluded that China “is available even if it does not meet the highest standards of Western statistical science.” 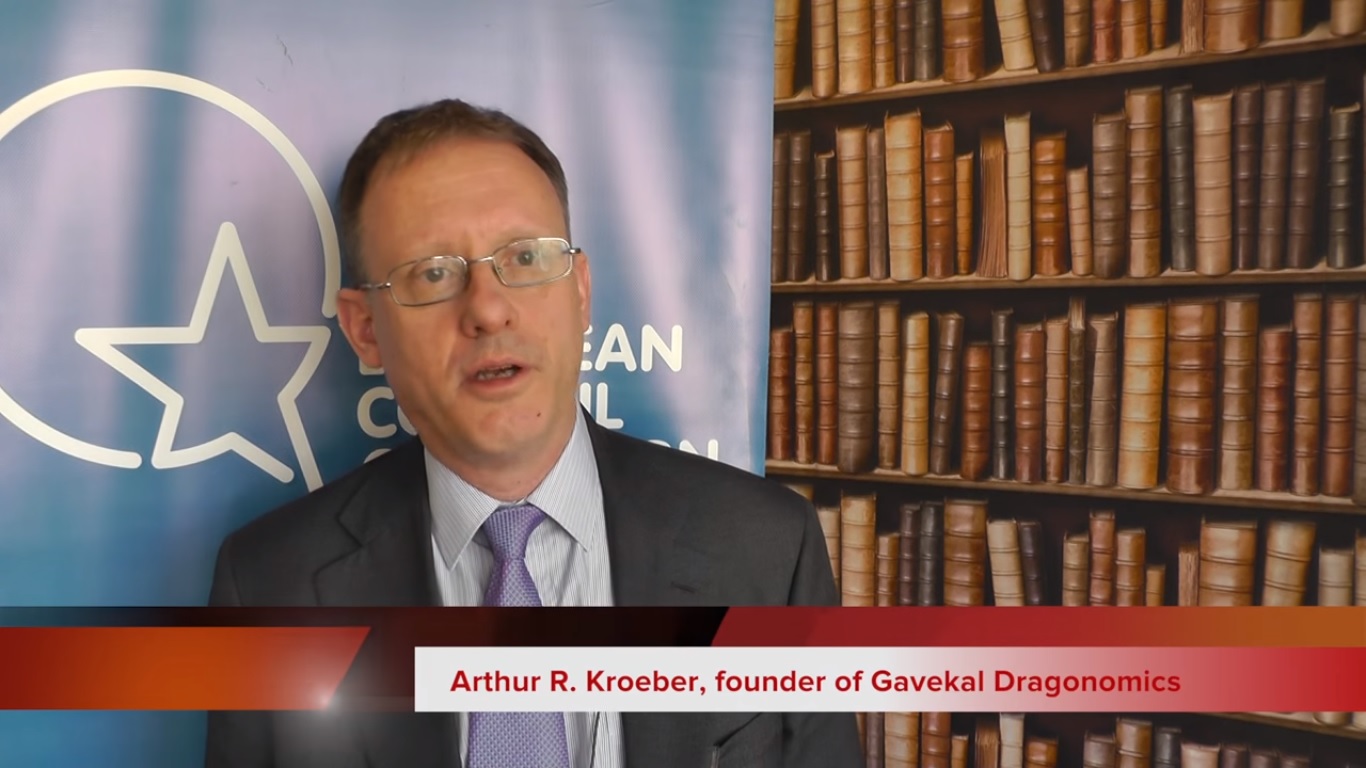 Considering that scholars are from the West, it is unlikely that China will be superior to the West, but this is already valuable.

In fact, no scholar has to bother to argue. Imagine, which country can develop fast for more than 40 years with fake numbers? Which country can rely on fake figures to become the world’s largest manufacturing power, high-speed rail, and foreign exchange reserves? Will the United States and Europe invariably treat China as a top competitor with fake data?

In addition to questioning China, another major change in the Western media these days has been the recurrence of renunciation of the elderly. On March 23, 69-year-old Texas Deputy Governor Dan Patrick was interviewed by Fox News, saying that many seniors, including himself, would make sacrifices for young people to save the US economy. Earlier he had a similar view that the economy is more important than the elderly. Almost at the same time, a similar video appeared in Spain.

One of the backgrounds is that the epidemic is spreading rapidly, and the medical systems of various countries are facing collapse. More and more countries are following in the footsteps of Italy. More than 500 people die in Spain in one day, which is approaching Italian levels. Second, the economy has been hit extremely hard. In particular, the United States has been named by the World Health Organization and is about to surpass Europe as the world’s most severe epidemic area.

According to WHO statistics, the epidemic took 67 days to reach the first 100,000 (at this time China has entered the final stage), 11 days to the second 100,000, and only four days to the third 100,000 -This is also the case when the West either abandons testing or abandons mild testing. At present, the new cases are mainly in Europe and the United States. More than 200,000 in Europe and nearly 50,000 in the United States.

At present, this view of abandoning the elderly is not accepted by the Western central government, but in fact, front-line doctors have already done so. Italy has long had selective treatment, and France has not rescued people over 70 years old. The video came out of Spain, as did some hospitals. The only reason for doing this is to maximize the limited resources or to target “collective interests” and give priority to treating patients with higher survival rates, rather than simply sacrificing the elderly to trade the economy.

In short, the effectiveness of resources is still emphasized, which is still in line with the logic of the capitalist market economy. It is the overall western epidemic prevention strategy, and it is also based on the principle of adhering to the principle of proportionality. It is unwilling to come up and implement China’s one-step measures, which reflects the cost of income thinking.

new crown pneumonia, News, Outbreak
Previous PostThe WHO says the United States may be the new epicenter of the epidemic, why is the number of confirmed cases soaring?Next PostAmerican media shot a “creepy” scene outside a New York hospital …