In 9 days, this is Trump’s fastest loss!

Trump, who stigmatized China with the new crown epidemic and provoked public opinion, lost in only nine days.

On the 24th local time, Trump suddenly changed his tongue and announced that he would no longer associate the New Crown virus with China and would no longer use the term “Chinese virus”. “I decided not to make a fuss about it anymore.” 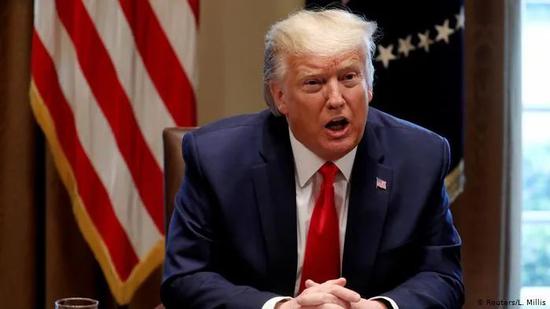 statement has aroused widespread concern. You know, before that, the US government was exposed to State Department officials to assign “tasks”, asking them to unite their calibre when answering questions about New Coronavirus, emphasizing China’s “mistakes” and putting all responsibility on China.

What has happened to the United States in these 9 days? Why did Trump suddenly change his tongue? Governor of Chang’an Street (WeChat ID: Capitalnews) combed a timeline-

On March 16, Trump first used the expression “Chinese Virus” on Twitter, which triggered Strongly criticized, some netizens immediately replied to Trump: “You are an American virus.”

On the same day, the three major U.S. stock indexes closed down more than 11% and triggered the third blowout in 8 days. 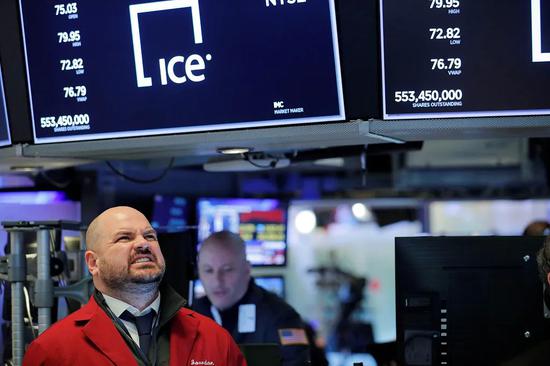 On March 17, Trump defended the use of the term “Chinese virus” at a White House press conference, saying his statement pointed to the source of the virus and was “very accurate.”

Chinese Foreign Ministry spokesman Geng Shuang responded at a regular press conference on the 17th. Recently, some US politicians have linked the New Crown virus to China, which is stigmatizing China. China is strongly indignant and resolutely opposes this.

The U.S. epidemic turned sharply the same day. As of the 17th, the number of confirmed diagnoses in the United States reached 5,359, an increase of nearly 2,000 from the previous day, and the number of deaths also exceeded 100 on the day. 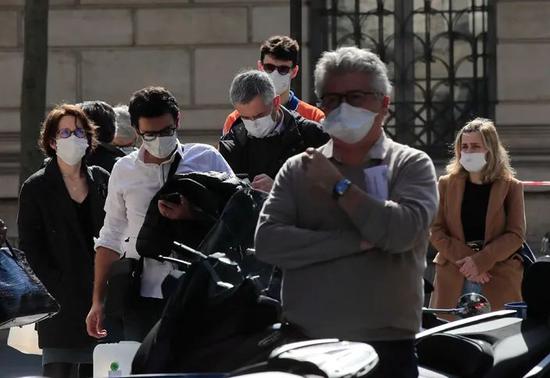 On March 18, in the face of accusations that the “Chinese virus” was spreading racism, Trump explained at a press conference, “This is not racism at all, it comes from China.”

Geng Shuang said on the same day that the problem of the source of the new crown virus is a scientific issue. The WHO and the international community have clearly opposed the association of the virus with specific countries and regions, stigmatization, and urged the United States to immediately stop its slander and Smeared. 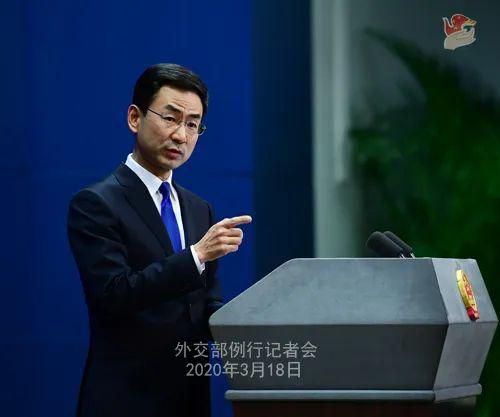 On March 19, Trump once again called the new crown virus the “Chinese virus”, and a reporter found that the word “new crown virus” on his speech was intentionally crossed out , Handwritten with “China virus”.

The total number of confirmed cases in the United States has exceeded 14,000 on the 19th, and more than tripled in just two days.

As words such as “Chinese virus” incite racist sentiment, discrimination or violence against Asian Americans has been occurring in the United States. 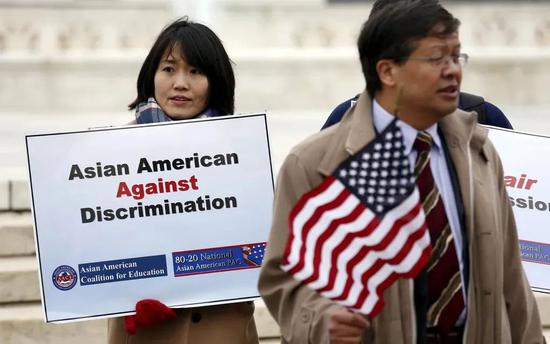 On March 20, Trump did not actively mention “China virus” at the press conference, but he still did not forget to “throw the pot.” He said, “Unfortunately, the epidemic is out of control. It comes from China and it has lost control.”

Geng Shuang combed the fact that China has continuously informed the United States of the epidemic situation since January 3 at a regular press conference. He called on the United States to stop slandering other countries and pass on responsibilities, and play a constructive role in fighting the epidemic and maintaining international public health security.

On the same day, a total of 16,000 cases of new coronary pneumonia were diagnosed in the United States, and 216 people died. California and New York State have issued “Home Orders”, asking people to stay at home as much as possible to curb the spread of the virus. 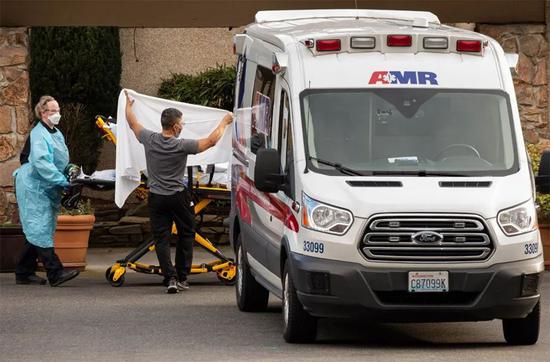 On March 21 and 22, the United States experienced an unusual weekend, and the attitude of the White House quietly changed.

As of 18:00 on the 22nd, there were more than 33,000 confirmed cases of new coronary pneumonia in the United States, and the cumulative number of confirmed cases rose to the third in the world.

It is worth noting that in an interview with Fox News on the same day, US Vice President Pence not only changed his recognition of the transparency of China’s information during the anti-epidemic process, but also expressed his willingness to conduct “cooperation” with China. 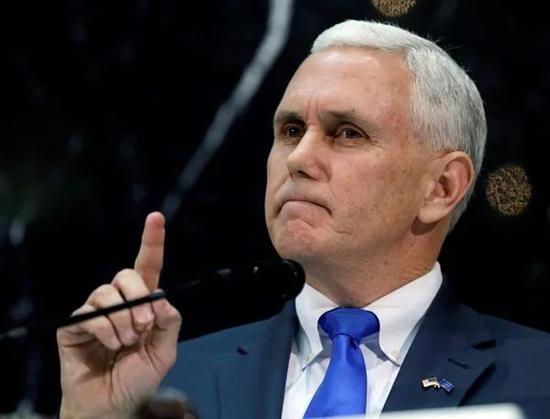 On March 23, Trump did not use the term “Chinese virus” at the White House press conference and emphasized the importance of protecting Asian Americans in the United States.

On the same day, the official website of the Chinese Embassy in the United States released a record of Ambassador Cui Tiankai’s interview with the US media. Cui Tiankai emphasized that uncovering the source of the virus is the work of scientists, not speculation by diplomats or reporters, because such speculation is not good for anyone. 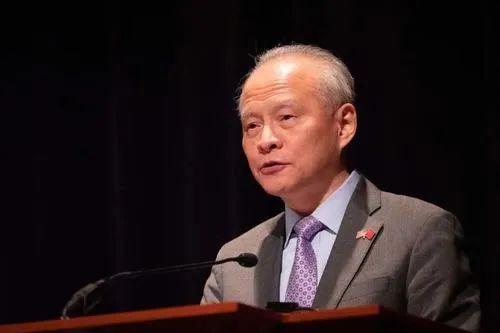 On March 24, Trump stated in an interview that he decided not to link the New Crown virus to China and to stop using the term “Chinese virus”, but still insisted that the virus came from China .

“I decided not to make a fuss about it anymore,” Trump said. “I think I’ve already made a big publicity and people will understand.”

At the White House press conference that day, Trump crossed out the “Chinese virus” in his speech and added a paragraph about “maintaining Asian Americans.” 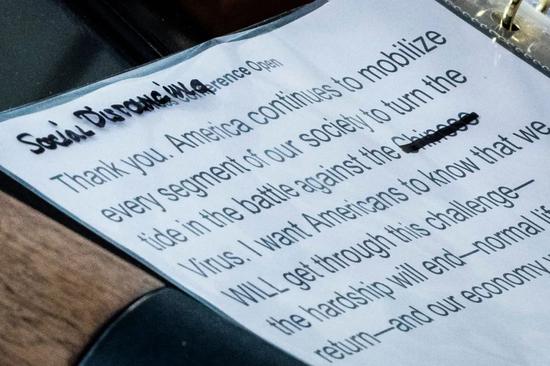 in speech Lecturer Trump in speech.

Since March 16, Trump has always insisted that he blame China. Why did he change his attitude at this time? Comprehensive analysis of various parties, Governor Chang’an Street (WeChat ID: Capitalnews) found that there are three main reasons.

For one thing, throwing China away will not cure the disease in the United States.

From more than 5,000 cases on March 17th to more than 50,000, the number of confirmed cases in the United States has increased tenfold within 7 days. The United States is becoming the “epicenter” of the global new crown pneumonia epidemic. Although Trump tried to blame China, it did not achieve the expected results.

“Don’t let Trump run away,” the New York Times commented on the 20th, saying that Trump’s rebranding of “new crown virus” to “Chinese virus” was an attempt to divert public attention to cover up his response to new crown pneumonia Catastrophic failure of the outbreak.

According to Agence France-Presse news, after Trump deliberately referred to the “new crown virus” as “Chinese virus” on March 19, there were 36 attacks against Asians in the United States within 24 hours of the day.

In addition to hurting Asian Americans, racist remarks will hurt Trump’s election in this year’s presidential election. Asians are the fastest growing major ethnic group in the United States. According to recent surveys, Asian Americans have fallen more and more to Democrats in recent years, and Asian voters have become more influential in some key constituencies.

There are comments that the United States is going through the presidential election season, and Trump, seeking re-election, seems to be aware of his own responsibility.

Third, it is difficult to obtain international recognition and the image of the United States is damaged.

While the United States is busy “throwing the pot”, China is helping many countries in the world to fight the epidemic.

The German “Spiegel Weekly” disclosed on the evening of the 24th that the forthcoming G7 Foreign Ministers’ Meeting originally planned to issue a joint statement on the new crown epidemic crisis. However, because the United States insisted on naming the new crown virus as “Wuhan virus”, and the other six countries unanimously opposed it, the parties could not reach an agreement and declared that it would stop.

Der Spiegel commented that Trump had previously claimed that the virus had reached the United States because of “slow response in Europe.” Then the case, he did not notice in the European countries, announced overnight countermeasures, such as the prohibition of entry of EU citizens, “Germany and France are very disappointed, there are politicians that the United States is already out of the partnership.”

BBC (BBC) judged that US allies are paying attention, they may not have publicly criticized the Trump administration, but many countries have clearly differed from the US in their attitudes toward China.

As Foreign Ministry spokesman Geng Shuang said, what the United States should eliminate most is the “political virus” of its own ideological prejudice.