New York governor criticizes federal government: give so little, who you choose to live

Original title: The governor of New York criticized the federal government: Give so few supplies, who you should choose to live

[text / observer network Zhao Noah] The spread of the new crown epidemic is like a “bullet train”. At a news conference on the 24th local time, New York Governor Andrew Cuomo said so.

comprehensive “New York Post” and “Capitol Hill” reported on the 24th. At the press conference that day, Como once again pleaded with the federal government to send more breaths. Machine to cope with the peak number of cases that may occur in the next two weeks. To date, the State has managed to acquire 7,000 ventilators, but only 400 of them came from the federal government. 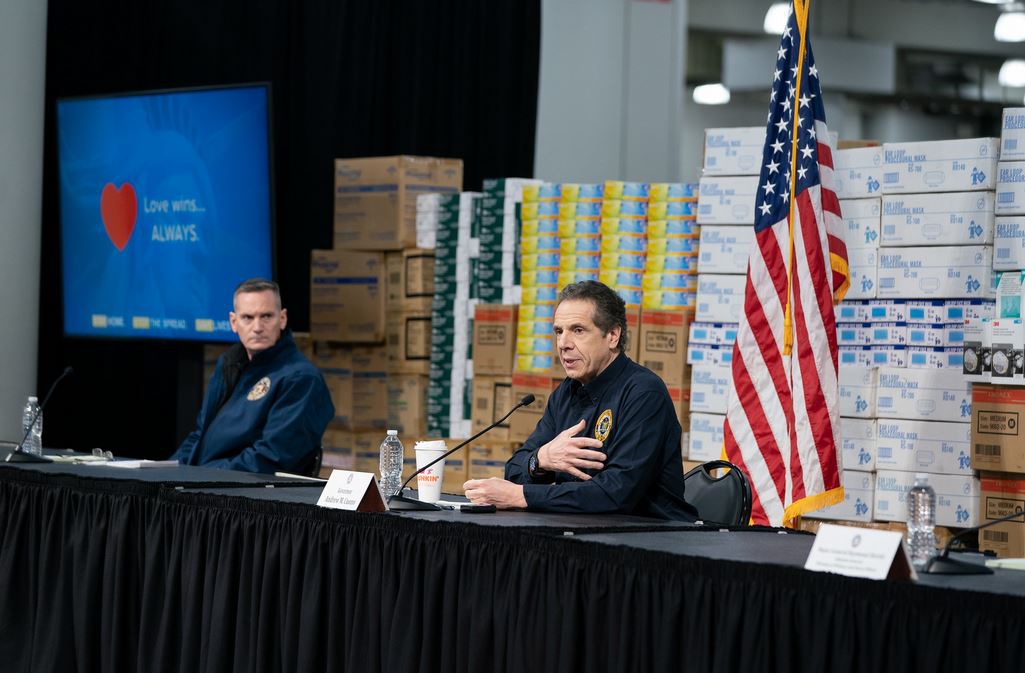 Como at the press conference in New York state map

he expects New York will mark the peak number of cases in the next two weeks to three weeks, and the number of the peak, as well as the arrival of speed, “than we thought Higher, faster. ” “Experts predicting (disease) told me that (the epidemic) is like a freight train going through the country, but now we are looking at a bullet train.”

To this end, Como said New York State needs at least 30,000 ventilators To respond to the peak of the epidemic, but the Federal Emergency Management Agency (FEMA) only delivered 400 units. He said angrily: “When I need 30,000 ventilators, what’s the use of 400? Because you sent 400, you (Federal Emergency Management Agency) came to choose (of whom Use a ventilator. ”

The New York Post corrects that, because of his anger, Como seemed to be wrong. If the federal government sent 400 ventilators, there should be 29,600 sick New York residents who may face a lack of ventilators instead of 26,000.

Since the outbreak, New York State has been facing a shortage of supplies. At the launch on the 19th, Cuomo urged the federal government to meet the state’s demand for medical equipment. He warned that New York State needs five to six times the current number of ventilators to treat the estimated number of patients with new coronary pneumonia. In order to buy a ventilator, he even sent someone to China to purchase.

There is also a shortage of beds and medical protective equipment in New York State. Como estimates that 140,000 hospital beds will be needed at the height of the state’s outbreak, but there are currently only 53,000 in the state.

In addition, Como also criticized Trump’s recent proposal to restart the economy. “It is indeed unsustainable to shut down the economy and continue to spend money. But if you let Americans choose between public health and the economy, there is no contrast between the two.”

“No American will say: take life Price to boost the economy. What is this, the modern version of Darwinism? ”

Trump: You have to buy it yourself.

Later in the day, Trump is attending a show on Fox News. , Once again attacked Como. He quoted a column in the New York Post by former New York deputy governor Betsy McCoy that Como could have purchased a ventilator in 2015 in response to a potential outbreak, but he did not.

Trump said: “He could have bought 16,000 ventilator, but he did not buy it can not blame us, Governor Cuomo should buy their own ventilator..” 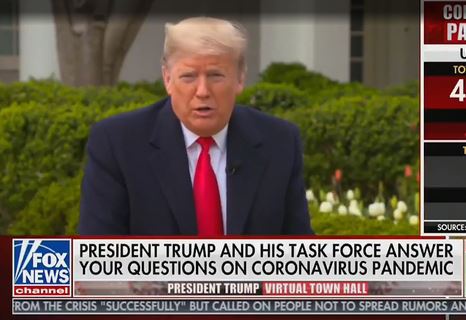 McCoy said in a column that at that time Como and other state officials learned that when New York State faces a potential pandemic, 18,000 ventilators are needed, but New York State Only 2000 units. Howard Zack, then state health official, formed a working group to ration existing ventilators and advised the state government not to buy 16,000 new ventilators because there were not enough medical staff to use them. They even designed a classification system to distinguish which patients needed ventilator therapy. In the end, Como did not have enough ventilator.

In an interview with Fox News on the same day, Pence said that within the next two days, the federal government will prepare to transport 4,000 ventilators to New York. “Capitol Hill” said that in the United States’ national medical supplies reserves, there are about 12,700 ventilators.

In fact, the federal government ’s response to this outbreak has been criticized. On the 19th, the governors of the states held a conference call with the New Crown epidemic working group, including Trump, Vice President Pence, and Health Minister Azza, asking the federal government to help solve local shortages.

But in response to these requests, the Trump administration returned responsibility to the state governments. He said states should “strive for what they need”: “Do everything you can to try and get what you really want (materials).” But he also said that the federal government will do everything possible provide help. At another press conference the same day, Trump even stated that the federal government should not buy supplies and then ship them, “We are not shippers.”

The Federal Emergency Management Agency, which is responsible for the deployment and transportation of materials, is another major focus of public opinion. On the 22nd, Peter Gainer, the head of the agency, was asked about the distribution of masks by medical staff in an interview with the ABC. However, Ghanna always avoided the problem and couldn’t tell the amount and time of the mask delivery.