Historic moment! On March 23, a major event occurred in China and the United States

Original title: historic moment! On March 23, a major event happened in China and the United States. 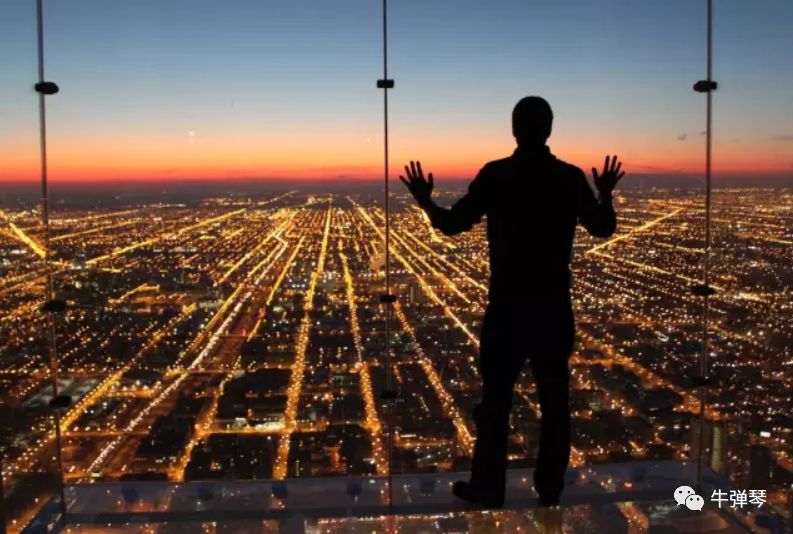 This spring of 2020 may be the most unusual spring after humanity enters the 21st century.

On March 23, both Beijing and Washington were full of spring, and the cherry blossoms were in full bloom, but people’s moods were very different. This is a historic day, and a major event has taken place in China and the United States!

On this day, quite a few Chinese people finally have a relaxed feeling. Because of the latest judgment of the central government, it really makes people feel relieved.

The Central Leading Group for New Coronary Pneumonia Epidemic Situation. The group that has met the most recently recently held another meeting on the same day and said this sentence: At present, the spread of the local epidemic in the country with Wuhan as the main battlefield has been basically blocked.

There are only 20 words, but the word is very powerful, and the meaning can’t be more clear: the

Wuhan defense battle has entered the final stage of cleaning the battlefield; the

spread of the local epidemic in China has basically been blocked.

This is the good news that a Chinese person has been looking forward to for more than two months.

Considering the current situation at home and abroad, as well as the mood of the people, the central government should not easily announce that the Wuhan defense battle has won. But this latest judgment has, in fact, declared that China has won the most difficult battle of 2020.

Wuhan wins, Hubei wins; Hubei wins, the country wins. With the Battle of Wuhan in hand, the whole country was naturally ignored.

To put it all together, Wuhan closed the city for two months.

These two months may be the longest, the most anxious and the most memorable two months in the Chinese impression.

Two months ago, the situation in Wuhan was tens of thousands, the hospital bed was in a rush, the medical staff was in a rush, and the protective supplies were in a hurry. An inexplicable cry, growing death data, I believe many people have a concern: China may not pass this threshold.

Two months later, a miracle happened. We paid a heavy price and great sacrifice, but we finally ushered in a turnaround. The central government resolutely stated that the spread of the local epidemic situation across the country has been basically blocked. It is no wonder that WHO wants to sigh, this is an amazing miracle.

Of course, the fact that the biggest mountain is attacked does not mean that the enemy has completely disappeared.

This is still the group meeting, and the central government still has several judgments:

the risk of sporadic cases and local outbreaks still exists, the pandemic is a global pandemic, the situation is still complicated and severe, and we must not be taken lightly to keep a clear head.

All localities must persist in seeking truth from facts, publicly and transparently release information, and must not conceal false reports. Once an epidemic situation is discovered, precise control should be implemented, focusing on the places where cases occur and possible transmission, and control within a limited range … The

The reason is also very simple. At present, the biggest danger is not Wuhan we can control, but foreign countries that we cannot control. The epidemic situation abroad is still spreading, and the situation is complicated and severe.

What we are most worried about now is imported cases. There are dozens of cases every day. As long as one case is missing, it can spread a large area or even trigger a new outbreak.

Therefore, the mind must be sober and must not be taken lightly.

Also, for the outside world’s concerns: will there be underreporting and underreporting in pursuit of zero. The central government mentioned eight words: seeking truth from facts, openness and transparency. The alarm must be sounded. The virus is not political, and in the end it cannot be concealed. Our lesson is too painful.

Wuhan is waking up. In the two days of news, Wuhan Railway Station is being completely eliminated. This is an obvious signal: traffic is finally recovering.

Of course, there is a larger level of news. According to the press release of this meeting, the central government requested that, while scientifically and accurately preventing and controlling, actively and orderly resume work and resume production.

In fact, we have recently seen a series of signals:

in Jiangsu, Shanghai and other places, local leaders began to take off masks; in

Chongqing and Anhui, cadres took the lead to go to the hall for consumption, and of course they could not pay for public money.

The epidemic prevention monitoring points in some places have begun to be withdrawn, and all the way through the health code …

So, in recent times, in many cities in Beijing, Shanghai and Guangzhou, the roads have started to be congested again.

In a word: a flowing China will gradually flow again, and China is resurrected with blood. 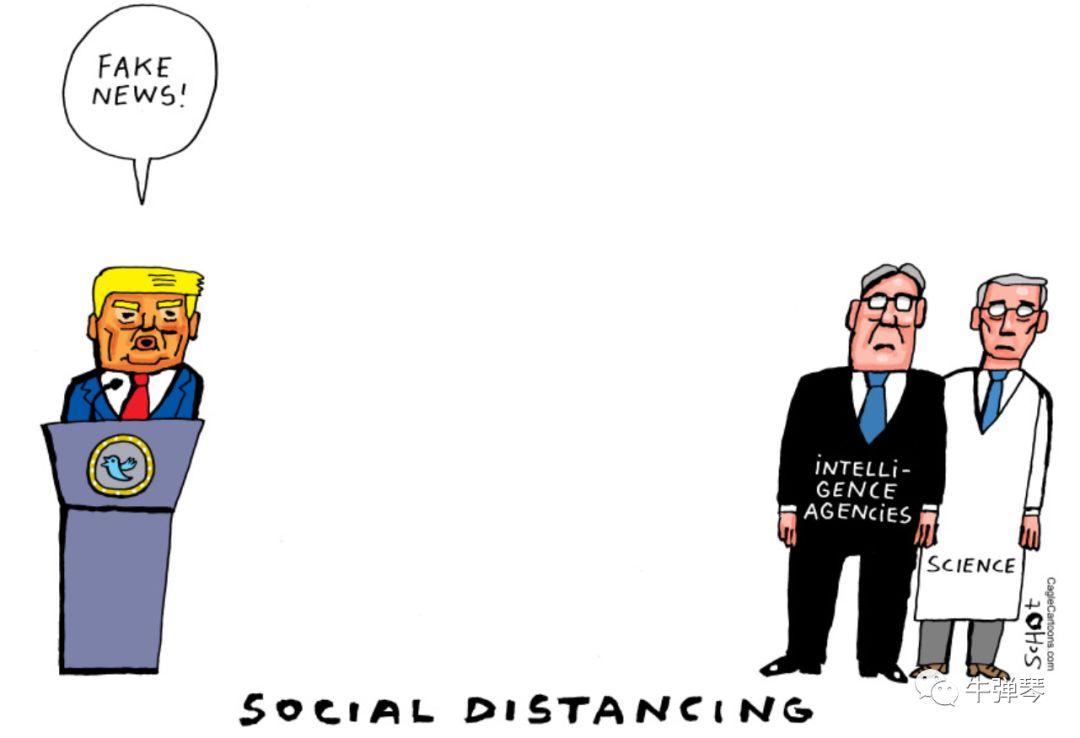 On the other side of the Pacific Ocean, on March 23, a major event also occurred.

The impact on the United States and the world economy may be felt for a long time.

That is, the Fed has launched a “king blast”-unlimited, bottomless quantitative easing.

Federal Reserve issued a statement on the same day saying that it will purchase “necessary-sized” government bonds and institutional mortgage-backed securities to support the smooth operation of the market and the effective transmission of monetary policy. It will also use institutional commercial mortgage-backed securities Included in the purchase category. The Fed has not set an upper limit on the scale of asset purchases, which is equivalent to an open quantitative easing policy.

At the same time, the Federal Reserve also announced a series of new measures to support credit flows, especially the flow of funds to households and businesses. These measures include the establishment of a total of US $ 300 billion in financing projects to strengthen credit flows for employers, consumers, and businesses. The US Treasury will provide US $ 30 billion in support of this through its foreign exchange stability fund; the establishment of two liquidity tools to support Enterprises issue credit; establish regular asset-backed securities loan instruments to support the flow of funds to consumers and businesses.

Bottom line: The Fed is not just the last lender, it is turning into the last buyer. Don’t ask them how much they will buy, anyway how much they want, and provide the market with unlimited bottomless funds.

It can be said that the Fed has put all its bets on it.

Earlier, the Federal Reserve has carried out an epic interest rate cut, which has reduced the interest rate to zero; moreover, it also announced the launch of a $ 700 billion quantitative easing policy. The last time this was done was in the 2008 financial crisis.

But the market is still panicking.

We must know that in the history of the United States, there have been five blowouts. The first time was in 1997, the year when Hong Kong returned to China.

But in the past half month, we have witnessed the remaining 4 times.

That’s right, 4 times in half a month.

We are all witnessing an unprecedented history, how lucky and unfortunate! 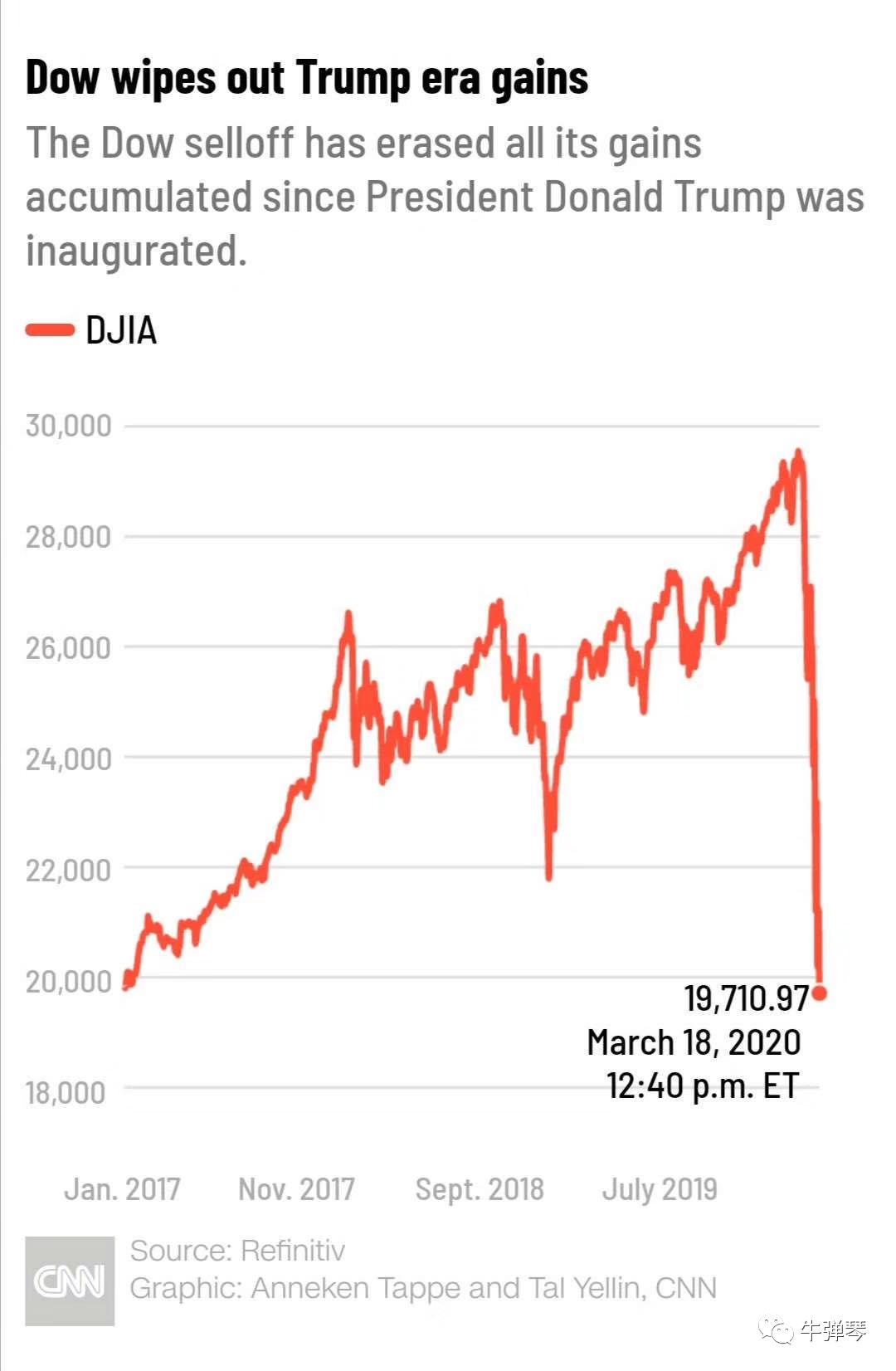 Now that the Fed has used nuclear weapons, how is the effect?

The market is still panic.

In the words of a friend:

You are ill, it looks serious, and you hit it a few times. In the past, the government that had searched and found a handful of money bags, all in front of you, “Children, go and buy whatever you want.” Your first reaction may not be touching, but panic, “Well, I have cancer!” The

Fed has tried its best to stay true, but the most important thing now is how to prevent and control the outbreak. Poor prevention and control, Trump just scolded the Fed, the Fed has no way.

After another big fall on March 23, all gains since Trump’s election were swept away. Looking at the curve, after more than three years of hard work, it fell to a few days before being elected. 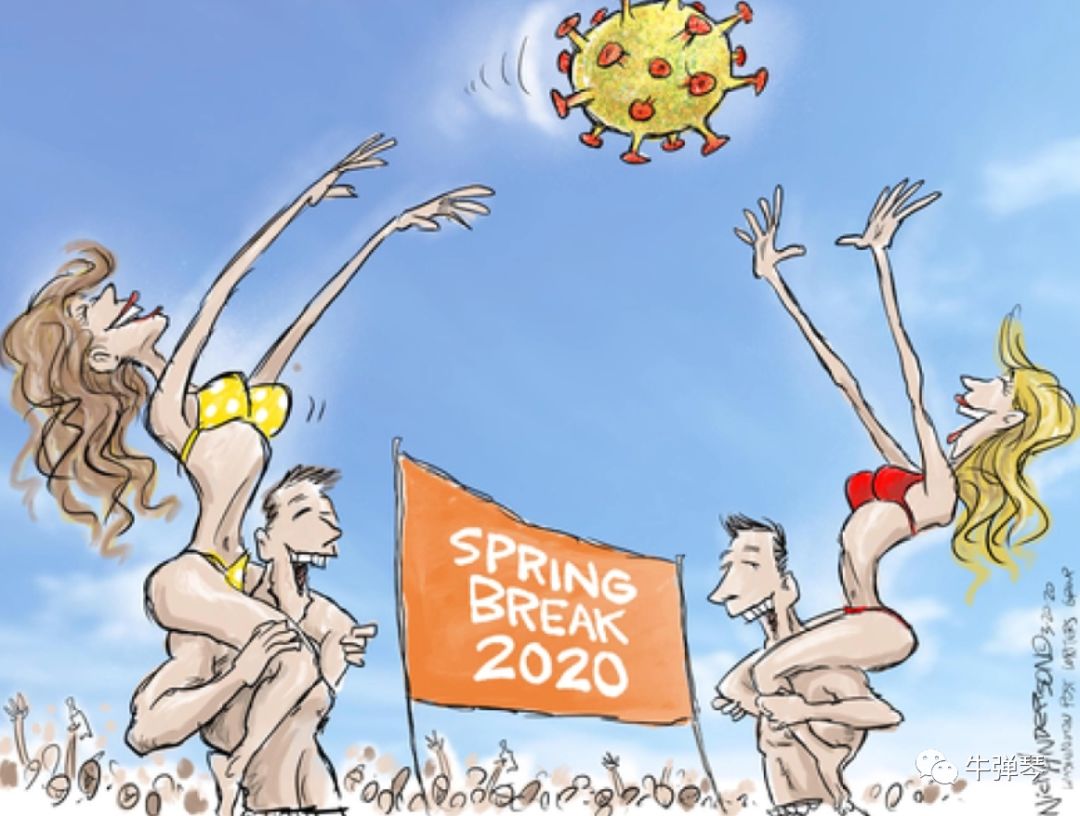 Both major events will have a profound impact on the respective national processes.

Of course, there are still many major events in this world, but the epidemic is currently the overriding priority

Italy has more than 6000 deaths, and this European power is on the verge of life and death.

The Spanish epidemic is also worsening, with hundreds of deaths a day and more than 2,000 deaths.

The United Kingdom once declared herd immunity, but the reality forced Johnson to bow his head. On March 23, he ordered the country to be closed for three weeks, except for the purchase of necessities.

The epidemic swept the world. There are too many lessons that are worth all State governors ponder.

So, the sentence Then, at a critical time, the thunderbolt means is also the heart of the bodhisattva.

We were wrong earlier, so we experienced a tragedy that can never be forgotten and must be deeply reflected. Finally, the response was decisive and timely. We ushered in a brand new situation, and the world also saw China’s strength and great action.

Now that China is about to be resurrected with blood, the reopening of the world’s factories is also a major benefit to the world economy and will greatly ease the shortage of medical supplies in various countries. The assistance can be provided, but in large quantities, it still needs to come in accordance with business rules.

The United States is doing everything it can, anyway the Fed has exhausted all its bullets. Whether it will work depends on how the Trump administration responds to the epidemic. But for the world, bottomless quantitative easing in the United States has also brought a huge challenge. A large amount of US dollars flowing to other worlds may trigger an inflation crisis.

Sure enough, this is a big change that has not happened in a century!

To put it in perspective, March 23 was the seventh anniversary of the idea of ​​a “community of human destiny”. The new crown epidemic further shows the forward-looking nature of this concept. We all live on one planet, and viruses are our common enemy.

But it is sad that when countries of the world are most needed to join hands, some countries are throwing their hands at various means, even using racist words. A politician without a bottom line is more terrible than anything.

Ignorance is not an obstacle to survival, it is arrogance.

China and US, Federal Reserve, new crown pneumonia, News
Previous PostLeader of China’s first anti-epidemic expert group in Italy: Italy has not implemented the policy of “receivable and exhausted”Next PostFormer U.S. President’s Homeland Security and Counter-Terrorism Assistant: The United States may become the country with the most confirmed cases of new coronary pneumonia in the world within 1 week