According to a report from the US media on the 21st, US doctors and nurses wrote a letter to Trump asking for an increase in the supply of medical supplies. 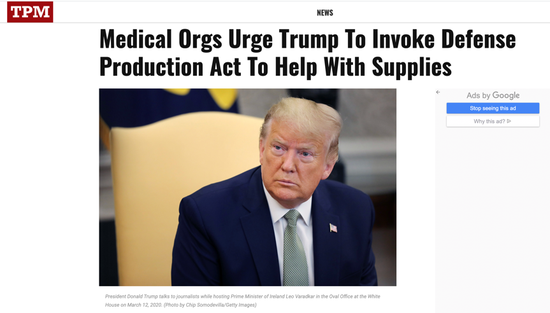 In the letter, the three groups urged Trump to help supply ventilators, masks, and other necessary medical items under the Defense Production Act.

“Even though some supplies have been replenished from strategic inventory and other federal resources, they are not enough to cope with the outbreak of the new crown virus. We have heard that medical staff are already reusing masks or adopting other alternatives to replace masks.” The letter said Wrote. 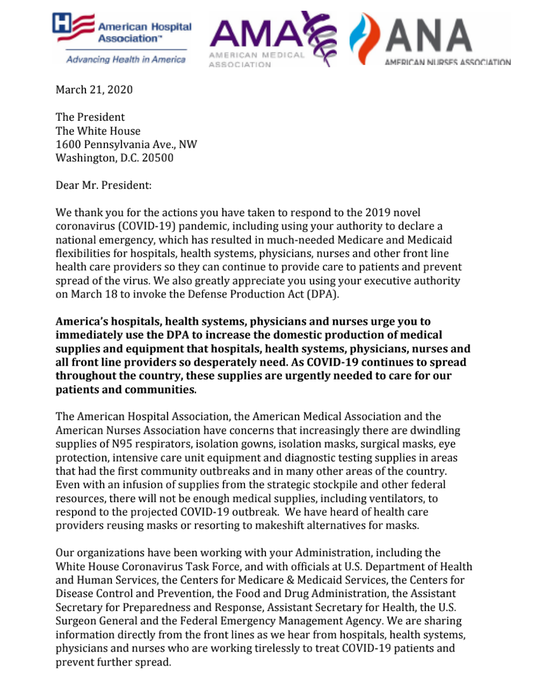 According to the US Consumer News and Business Channel (CNBC) reported in early March, the national emergency stockpile of medicines and medical supplies in the United States is only about 12 million medical-grade N95 masks and 30 million surgical masks. The U.S. Department of Health and Human Services estimates that if the new crown pneumonia epidemic lasts for one year, the United States will need 3.5 billion masks, with a gap of up to 99%.

The White House Working Group on the New Coronavirus virus held a briefing on the 21st. Vice President Burns said the federal government has ordered hundreds of millions of N95 masks nationwide for medical facilities, but did not say exactly when they will be delivered.

At the briefing, Trump advised Americans not to throw away masks all the time, as they can be disinfected and reused. “We have good disinfection water to do this,” he said. The

TPM report also stated that Trump was trying to cover up reports of a shortage of medical supplies and insisted that he and his government were making “a huge contribution to epidemic prevention and control” “.

According to the British “Daily Mail”, on March 19, Trump held a press conference on the new coronavirus at the White House. Some reporters repeatedly asked about the shortage of hospital beds and equipment. Trump said, “No one would have predicted such a virus pandemic, and no one had heard of such a thing. So I don’t know why there is a shortage.” 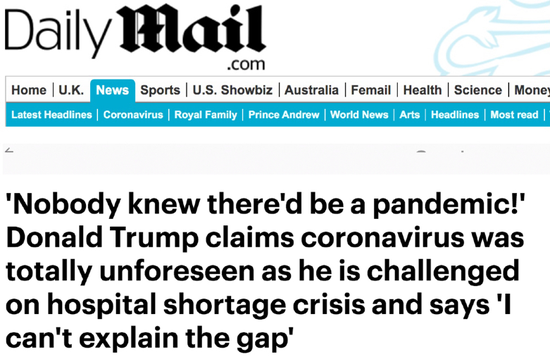 However, Dr. Anthony Fauci, one of the White House Coronavirus Task Force’s disease experts, told reporters on Saturday that the shortage is It really exists.

The National Defense Production Act is a law promulgated by the United States in 1950 that allows the government to place orders directly with enterprises during wartime, when responding to natural disasters or terrorism. Companies must prioritize government orders before they can conduct normal business activities.

At a White House press conference on the 18th local time, Trump announced that he would activate the Defense Production Act, but did not mention specific details.