Japan’s “post-Abe era” may arrive early due to epidemic

2020, the global spread of the new crown virus epidemic severely hit the Japanese economy, but also triggered the Japanese government to respond to this Major doubts about the ability of crisis-like events. In Japan’s already landmark 2020, the new crown epidemic may further change Japan’s political dynamics and diplomatic agenda. 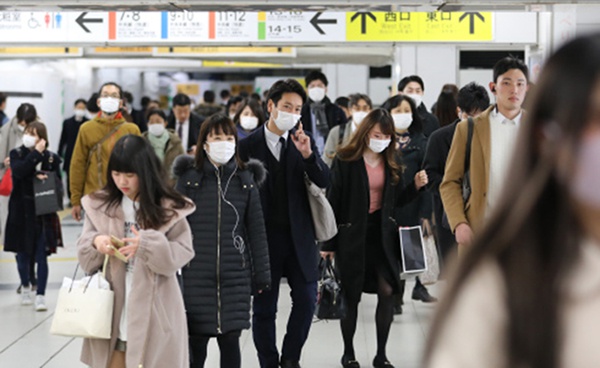 In October 2019, Abe’s cabinet raised the consumption tax to 10%. The previous policy hike was postponed twice because the increase in taxes in 1998 and 2014 caused a sharp contraction in the economy. For Prime Minister Abe of Japan, tax increases are always a very politically dangerous policy. Abe’s cabinet believes it has learned its lessons and is ready to respond. We hope to use the tourism and tourism industry and its derivative industries and the “Olympic boom” (investment of 13 billion US dollars, hosting costs of 500 million US dollars, and a combined effect of 25 billion US dollars) to resolve the economic shrinkage caused by the increase in taxes, and then stimulate economic growth through long-term policies.

The outbreak of the New Crown epidemic has had a huge impact on Japan’s economic growth engine in terms of the characteristics of the virus infection and the geographical location of the virus transmission area.

The Japanese economy showed signs of recession in the fourth quarter of 2019 due to tax increases, and business investment and private consumption fell sharply. The first quarter of 2020 was supposed to rely on tourism and tourism to curb the economic recession, but the new crown epidemic broke out. Social isolation measures must be taken to alleviate the spread of infectious diseases, which will further curb consumption and business investment. Expectations for the prosperity of the tourism industry (the Japanese government expects 40 million foreign tourists to come to Japan in the Olympic year; the overseas appearance of light tourists in 2019 will spend 46 billion U.S. dollars), and now the new crown epidemic has been irreparably fatal, which will probably cause Loss of $ 4 billion.

China is Japan’s largest trading partner. The impact of the relative stagnation of China’s economic activity caused by the new crown epidemic has been both a demand shock and a supply shock.

From the perspective of international trade, Japan ’s total exports have decreased by 1% (6.3 trillion yen) for 15 consecutive months; imports have fallen by 14% (5.2 trillion yen) for 10 consecutive months. Despite a four-month trade surplus (a new high since September 2007), the positive impact of the new crown epidemic on the world economy will not immediately show up on the Japanese economy.

Therefore, the Organization for Economic Cooperation and Development (OECD) reduced Japan’s economic growth rate in 2020 from 0.6% to 0.2%. With oil prices plummeting, the yen’s sharp appreciation, and the Nikkei index falling below 20,000 points, Japan’s economic outlook continues to deteriorate.

epidemic on the Japanese government is mainly reflected in policy and politics.

The impact at the policy level is mainly reflected in the Japanese government’s response to the new crown epidemic, which raises questions about the government’s ability to respond to major crisis events and even its ability to govern.

In response to the “Diamond Princess” cruise, the

Japanese government, considering multiple factors, looked ahead and negatively responded to the “Diamond Princess” cruise infection. The cruise was not allowed to dock, and all people were isolated on the cruise for 14 days. And can only go ashore after the quarantine is safe. This decision directly led to the spread of the epidemic on cruise ships. The Japanese people think that this is not a natural disaster but a human disaster. The Liberal Democratic Party has also been strongly attacked by opposition parties.

Regarding travel restrictions, the move was slow, and

it wasn’t until March 9 that the Japanese government began to implement stricter border controls. Abe’s cabinet did this because of the stimulus effect of the tourism industry and the Olympic Games and international coordination considerations, but the slow response led to questions about its ability to govern.

Regarding Japan’s policy on the new crown epidemic, the

Japanese epidemic has changed from an imported type to a domestic outbreak. Small-scale cluster infections have occurred in some areas, and the spread of community epidemics has continued to increase. Japan’s response to the outbreak has made Japanese citizens increasingly question the government’s ability to take decisive action.

The goal of Abe’s cabinet prevention and control is to control the rate of infection expansion, minimize the number of critically ill patients and the number of deaths, and avoid the exhaustion and collapse of medical resources. Although Japan has abundant medical resources, the capacity for treating infectious diseases is relatively limited. If there are a large number of patients with new coronary pneumonia in the Japanese pandemic, everyone will go to the hospital to see a doctor regardless of mild or severe illness, which may directly lead to the collapse of the Japanese medical system.

Japan’s current legal framework is flawed in responding to the epidemic, and therefore raises the question of the extent to which the government can intervene in individual freedoms in order to face the state of emergency. No more powerful preventive measures can be taken until a new state-driven emergency law is passed. However, what Japanese people see is that Japan does not have a special disease control center (CDC), the central government’s policies may not be fully implemented by local governments, and Japan ’s epidemic control during the emergency period is relatively scattered and lacks a “command” with unified leadership.

While the Japanese economic community has expressed some understanding of the relevant policies, it is also felt that the timing of Prime Minister Abe’s action is a bit late, and that the epidemic will have a huge impact on Japanese SMEs, and the impact on many multinational companies is also obvious.

Under such a severe new crown epidemic, there are discrepancies in cognition and understanding between the government, business circles, and citizens, coupled with the fact that Japanese society is aging seriously (Japan ’s population over 65 years old accounts for 28%), questioning Abe ’s cabinet The voice and state of affairs of the ruling ability will further develop, and it will also be a favorable tool for opposition parties to attack the ruling party.

At the political level, the development of the new crown epidemic has seriously affected Japan’s diplomatic agenda and domestic politics.

On March 12, Abe had a total of 3,000 days in power, setting a new record for the term of office of the Prime Minister. Abe delivered a policy address at the plenary session of the House of Representatives, explaining the direction of Japan’s internal affairs and diplomacy in the new year. Abe said that 2020 will be a crucial year for the “post-war diplomacy final accounts” and the establishment of a new era of Japanese diplomacy. It is necessary to send a Japanese voice to the world with confidence and pride.

On the diplomatic front, the United States will hold a presidential election this year. Abe’s policy is to closely follow US President Trump, continue to deepen the Japan-US alliance, and strengthen Japan-US cooperation in space and cybersecurity. On the basis of the Japan-US alliance, it will work with Europe, India, Australia, ASEAN and other countries to promote the realization of a “free and open Indo-Pacific”.

Abe believes that Japan and China shoulder the heavy responsibility of maintaining regional and world peace and prosperity, and “hopes to deepen exchanges between leaders, strengthen exchanges between the two countries in all fields, and build mature Japan-China relations in the new era.” With regard to Japan-DPRK relations, Abe stated that he would advance the settlement of various issues with North Korea based on the spirit of the “Japan-DPRK Pyongyang Declaration,” and strive to normalize the diplomatic relations between the two countries. The top leaders hold talks. On Japan-Russia relations, Abe emphasized that he will continue to promote the settlement of territorial issues with Russia and achieve the signing of a peace treaty between the two countries. Abe used the phrase “South Korea is Japan’s most important neighbor” when describing Japan-ROK relations, sending a signal that he hopes to improve bilateral relations.

However, under the impact of the new crown epidemic, Abe’s possibility of realizing these plans is greatly reduced.

In internal affairs, the biggest goal and political legacy of Abe’s tenure was to amend the constitution.

The imminent Tokyo Olympic Games is less likely to be held in full and on schedule. The final decision on whether to host the Tokyo Olympic Games rests with the International Olympic Committee, but also depends on new global health risk assessments and evaluations that are still unknown.

On March 11, WHO announced that the new crown virus epidemic “has the characteristics of a global pandemic”, but WHO Director-General Tan Desai also said that the pandemic was the first to be controlled in WHO ’s history (pandemic ). This may be good news for the Tokyo Olympics. However, the development of the epidemic in major regions of the world is still beyond the control of the Abe government.

The new crown epidemic has brought many uncertainties. In addition, the approval rate of Abe ’s cabinet has dropped by about 8% recently. Although it has not reached the ruling cordon compared with the previous cabinet ’s approval rate, this is Abe ’s opponent and a possible successor within the LDP. Provided new impetus, the “post-Abe era” may have arrived early due to the new crown epidemic.