Why doesn’t Trump declare the city closed? Constitution expert: President has no power

Original title: The epidemic is tightening, why doesn’t Trump announce the closure of the United States? Constitutional expert: The president has no power.

Legal experts point out that although many cities across the United States have successively declared “cities closed,” the large-scale “state closure” in the United States faces obstacles from the constitution, morals, and logistics, so it is unlikely to happen .

With the new crown epidemic upgrade in the United States, New York, California and Illinois and other states in the local time 21 have declared a state of “home to avoid the plague,” the closed city status, “unless absolutely necessary, do not go out.”

On the day of At a White House briefing, when a reporter asked “whether to consider announcing the closure of the United States to keep people at home to avoid the disease,” US President Trump denied, “I don’t think so (announce the closure).”

Trump said , Closing the city may be necessary for “hot spots” with severe outbreaks such as California and New York, but may not be applicable to other parts of the United States. “If you go to the Midwest and other regions, they understand the severity of the epidemic on television. But they don’t have this situation locally. ”

New York State Governor Cuomo announced on the 20th that he has raised epidemic prevention measures to the highest level, and the state is in a “pause” state. Cuomo said that the measure will take effect on March 22, during which “non-workers” need to stay at home or work from home.

As of the early morning of March 21, 19,658 cases of new coronary pneumonia were diagnosed across the United States, and 264 were dead.

So, what exactly is a “closed city” and can Trump have the right to require the United States to enter a “closed country” state? 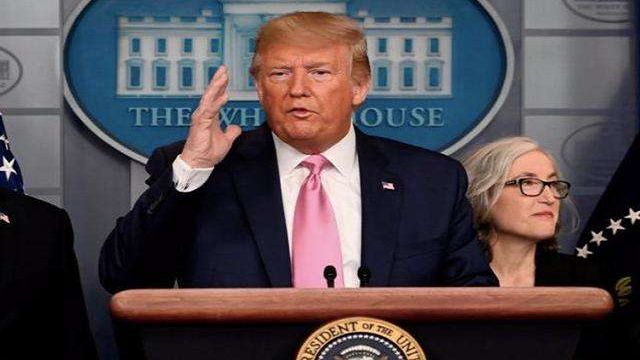 U.S. Constitution: The decision on whether to close the city or not is of the local government

found after the first financial reporter found that the local governments that have closed the city have their own definitions, but there are many common features: they require residents to work at home; they can go out for a walk Exercise but keep a certain distance from people; you can carry out necessary activities such as purchasing food and medicines; supermarkets, gas stations, banks and hospitals are open as usual; restaurants provide take-out services and roads and highways are still open.

Legal experts point out that, although many cities across the United States have announced “closed cities”, the large-scale “enclosed countries” in the United States face obstacles from constitutional, moral, and logistical issues, and are therefore unlikely to occur.

“Under the U.S. Constitution, the President does not have the power to” find the country. “The executive (the White House) has only” assisted “local governments to implement policies they have announced, such as support for budgets and resources. Ordered that a state be ‘capped’ or nationwide. ‘Sarah Wetter, an expert on constitutional and public health law at Georgetown Law School, told First Business News reporter, “Not only that, the president can order the state, but all levels of government Everyone will have their own policies and actions, and everyone will not jointly implement a policy announced by the federal government. ”

” The U.S. federal government has no right to force anyone to stay home and not go out. “Professor of National Security Law, New York University Brennan Law School Elizabeth Goitein said. Therefore, “if state and local governments plus the federal government’s united front, it will be possible to have a” feudal state “in the United States. Governments at all levels in the United States will take out all the tools in their toolboxes. (But Fengcheng also May not be guaranteed to happen). “He said.

In addition, some legal experts pointed out that an important issue is that in the current situation, if Trump declares that the United States will close the city, it will have little effect, because the president ’s order is one thing, and finding law enforcement officers to supervise is another matter. .

Matthew Dallek, an expert on presidential power law at George Washington Law School, said that President Trump cannot order troops into the local area to force people to stay at home, “so in the end what might happen is that he can let the state through executive orders The government supports the decision to close the city, and the state government usually contacts the National Guard for related supervision and enforcement. ”

According to a new research report from Public Health Management and Practice, 27% of states in the United States leave the power to segregate decisions to state governments, 18% to local governments, and 55% to retain power Decisions for state and local governments.

This is not the first time that the United States has closed its doors. Previously, there was a large number of text messages on the US social media that “the United States will block the city.” In the face of a lot of people’s doubts about “blocked or unblocked”, the White House National Security Council personally rumored, #The text message of the national closure of the city is fake. “The White House National Security Council previously stated on Twitter that” there is no such thing as a national closure. ”