The most urgent moment in Italy, the Americans are here!

Original title: The most urgent moment in Italy, the Americans are here! 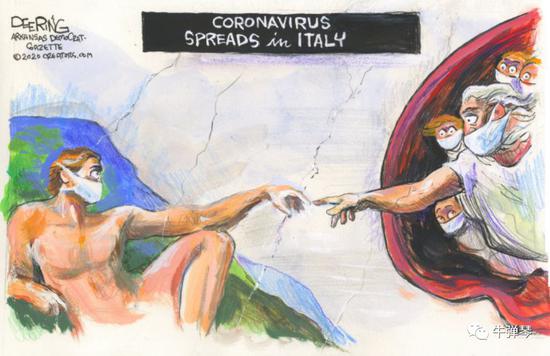 No doubt, now is Italy’s most urgent moment.

The Americans came and they drove military transport aircraft.

In the news of the early morning today, the latest statistics in Italy added another 5,222 confirmed diagnoses nationwide, accumulatively confirmed 41,035 cases; 427 new deaths, and a total of 3,405 deaths.

If not mistaken, Italy also surpassed China to become the country with the highest number of new pneumonia deaths in the world.

If you compare Italy with Hubei, China.

The population of Hubei, China: 59 million.

The total population is similar, but as the worst epidemic region in China, 3130 people have died in Hubei, but the figure in Italy has reached 3405.

In other words, the epidemic situation in Italy is now more serious than in Hubei and Wuhan.

The situation in Italy is even worse. There are many reasons, but at least three points:

1. Italy missed the best time window for epidemic prevention, the epidemic situation developed too fast, and the medical system collapsed. This is exactly what we saw in early Wuhan.

2. In Europe, Italy has the most severe aging, and many of the deaths from new coronary pneumonia are the elderly.

3. Unlike China ’s national assistance to Hubei ’s assistance to Wuhan, the entire European and American countries have fallen into an epidemic, and Italy is fighting alone.

This is really a disaster!

Italy rushed to the world for help.

Anyway, from the news, we can see that China responded positively. In addition to medical supplies, China also sent several medical teams.

When talking with Chinese leaders a few days ago, according to the Xinhua News Agency ’s press release, Italian Prime Minister Conte even said two thanks: Italy

Thanks to the Chinese side for its valuable support and assistance in difficult times in , which once again confirmed the two On behalf of the Italian government and people, I would like to express my heartfelt thanks to the profound friendship of the Chinese people.

What about Italy’s fraternal country?

Objectively speaking, after all, it is the country and the country, and the epidemic situation in Germany and France is also very serious. In order to make masks, Germany even cut off masks of close friends, Switzerland, which caused Switzerland to call the German ambassador to protest; France also cancelled the UK ’s order for one million masks. It makes British people angry but useless.

What about Big Brother America?

The Americans did arrive. 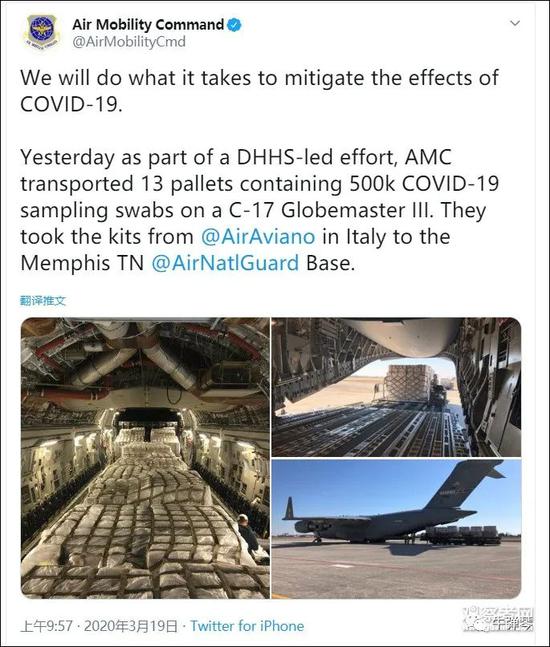 I saw an incredible news: the United States dispatched a military transport plane, and air transported 500,000 new crown virus detection kits from Italy a few days ago to return to China.

You’re right, it’s not the United States airlifted to Italy, but it was airlifted from Italy.

Moreover, there are pictures and truths. The military transport aircraft was full of supplies.

The Pentagon later confirmed that there was indeed a shipment, but from Italy it was not a test kit, but 500,000 sampling swabs for testing.

“These swabs were used to collect samples from subjects … this is what we brought back from Italy,” explained Paul Friedrichs, Air Force Brigadier General and Chief of Military Staff of the Joint Staff. But he did not say this. The source of the grant. 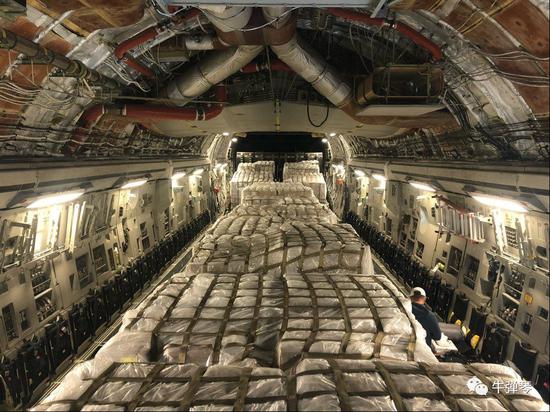 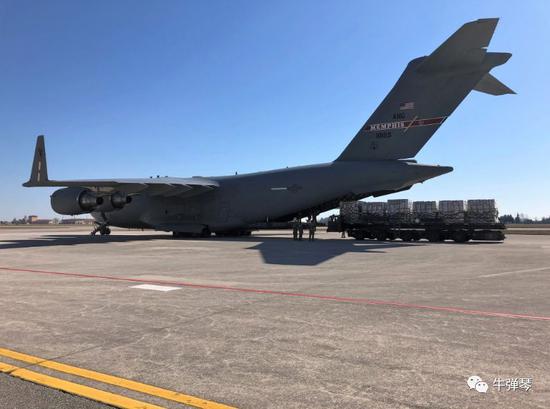 However, we must know that it is the most urgent time for Italy and Italy is still appealing to the world for assistance. Whether it is a kit or a sampling swab, it should be the most urgently needed medical supplies.

For example, at the most urgent moment of the epidemic in Wuhan, if other provinces in China also sent transport planes to remove 100,000 sampling swabs (and not 500,000) from Wuhan, what would people in Wuhan think? What would Hubei people think? What will the people of the country think?

No wonder Merkel was also very angry a few days ago. When is it? The Trump administration has secretly been tempted to buy out the fruits of a German vaccine company and obtain the “exclusive right” of a potential new crown vaccine.

Please note that it is “exclusive rights”. Anyway, after the incident was exposed, the German media criticized the United States for “showing the ugly face of Washington to the world.”

Now, there are pictures and the truth. At the most urgent moment in Italy, the United States sent 500,000 test sampling swabs by air from Italy.

The Italian is shocked!

Brother, what are you doing?

italy, new crown pneumonia, News, USA
Previous PostAnother mayor dies in Italy due to new crown pneumoniaNext PostGerman customs seizes masks and protective clothing from 3M company in the US: products should have been exported to the US and Switzerland