The president tweeted to thank China for assistance, the map is the focus

Home Health The president tweeted to thank China for assistance, the map is the focus
Health
March 18, 2020March 18, 2020By daydayhub
0

Original title: The President tweeted to thank China for assistance, the picture is the key point

“We are proud of the friendship between the two sides, and we will never forget the help of Chinese friends!” After

receiving the first batch of aid materials from China, Serbian President Vucic on the 17th He expressed his thanks to China again on Twitter lately, accompanied by a picture of the Chinese and Serbian national flags blending together. 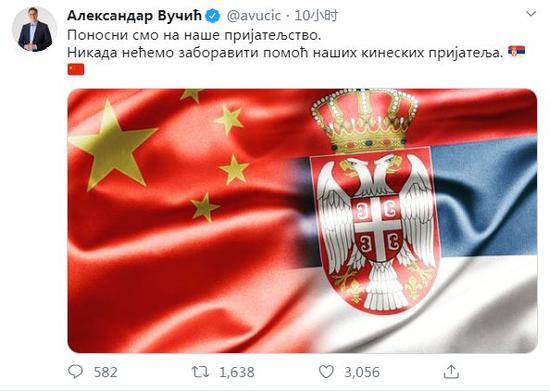 Earlier Vucic declared Serbia into a state of emergency, and asked China for help with tears, saying “European solidarity does not exist” and “the only thing that can help Serbia is China.”

The Chinese side responded as soon as possible. The first batch of supplies arrived in Belgrade on the evening of the 15th. This was also the first batch of foreign aid for epidemic prevention and control received from Serbia. 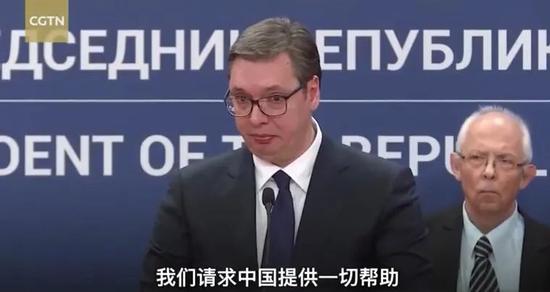 Just half a day later, at noon on the 16th, 300,000 masks from China arrived at the Liege Airport in Belgium. This is the first time that Belgium has received large-scale external assistance since the outbreak of the new crown pneumonia epidemic in Europe. The materials were provided by Alibaba Public Welfare Foundation and Ma Yun Public Welfare Foundation. The package reads “Unity is Power” in Chinese. 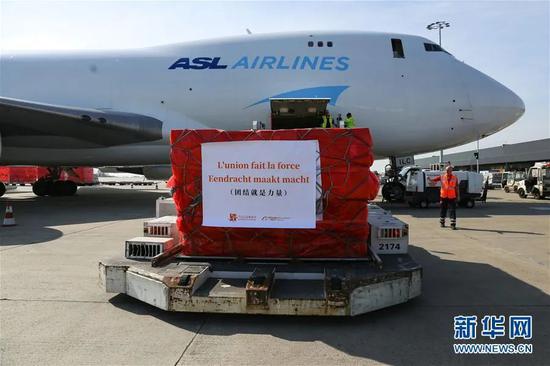 In the past few days, China’s aid supplies have arrived in many countries and regions. The Governor of Chang’an Street (WeChat ID: Capitalnews) noted that at a critical moment when the global epidemic entered a “pandemic”, China was providing the world with help within its ability.

Chinese Foreign Ministry spokesman Geng Shuang introduced at a regular press conference on the 17th that with the spread of the epidemic around the world, some countries are facing a shortage of medical and epidemic prevention materials, hoping to get assistance from China or purchase from China.

Geng Shuang said that, while fighting its own epidemic, China has overcome its own difficulties and has provided or is providing them to dozens of countries and regions in need such as Pakistan, Laos, Thailand, Iran, South Korea, Japan, Italy, and the AU. Urgently needed medical supplies.

China encourages and supports Chinese medical equipment, medical treatment, and protective equipment manufacturers to expand production. While ensuring domestic demand, it is also connected with foreign commercial procurement needs, and together contributes to the global fight against the epidemic.

At the moment of the epidemic, watch for help and help with each other have been given a more profound connotation. Time back to more than a month ago, at the most difficult time for China to fight the epidemic, more than 100 countries and dozens of international organizations expressed their support and condolences—

Japan and South Korea wrote on the epidemic prevention materials: “The green hills are in the same cloud and rain, and the moon was once the two townships,” and other poems moved many people; the

These donations are for sending charcoal in the snow. Seeing the true feelings in adversity, China will keep in mind.

The grace of dripping water was reported to Yongquan. In the past few days, Chinese aid materials have arrived in Italy, Spain, South Korea, Japan, Iran and other countries and regions. “Let’s disappear, night! We will win at dawn!” 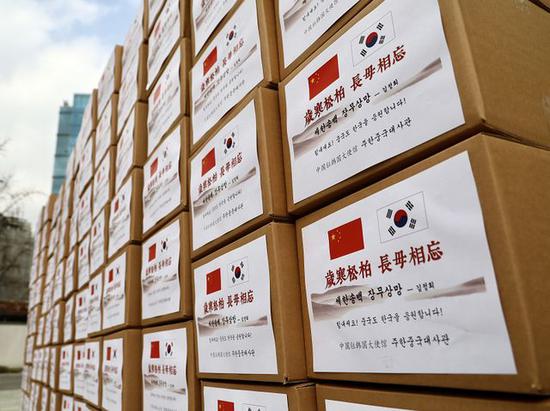 At the same time, the Chinese medical expert team quickly reached out to Italy, Iran, Iraq and other countries to conduct in-depth inspections of local designated hospitals to bring “Chinese experience” to strengthen epidemic prevention and control and patient treatment.

At present, China has shared its experience in fighting the epidemic with more than 100 countries and more than 10 international and regional organizations. A group of Chinese experts such as Zhong Nanshan frequently communicated with relevant experts in ASEAN, Central Asia, Europe, and the United States … The

global epidemic continues to spread . Real-time statistics released by Johns Hopkins University in the United States show that as of 9:30 on March 18, Beijing time, the total number of confirmed cases of new coronary pneumonia worldwide reached 19,733 and 7,905 deaths. There were more than 15,000 new confirmed cases on a single day outside China, a cumulative total of more than 115,000, and more than 760 new deaths on a single day, a total of more than 4,600. 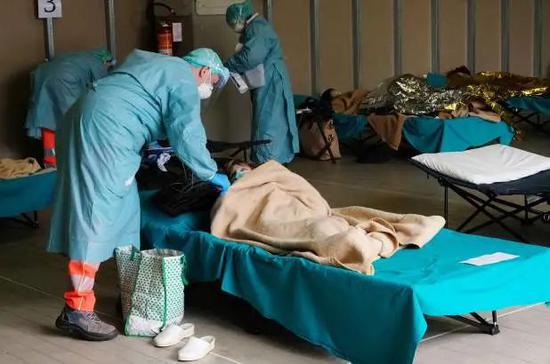 In the face of this global war epidemic, no one can stand alone, however, some countries still adhere to discrimination and prejudice and blindly promote unilateralism and protectionism.

At the press conference of the Ministry of Foreign Affairs on the 17th, a reporter asked that the White House Director of the National Trade Commission Navarro said that the White House is preparing a presidential executive order to transfer the medical supply chain from China and other countries to the United States to reduce Foreign drug dependence. What is China’s comment?

Geng Shuang responded that at the time of the epidemic, saying such words was simply the wrong medicine and the wrong prescription. Not only could it not solve the problems faced by the United States itself, it would even cause more harm to ordinary Americans.

Geng Shuang said that in the era of globalization, the interests of various countries are deeply blended. You have me and you have me. The formation and development of the global industrial chain supply chain is the result of the joint action of market laws and corporate choices, regardless of any excuse or It is neither realistic nor wise to try to artificially cut off the global industrial chain and supply chain, or even to promote shifting and decoupling.

“China and the United States have very different approaches to the international epidemic.” A recent article on the US Foreign Policy website states that, unlike China’s emphasis on international cooperation, the White House mainly used the crisis to blame Beijing and devote most of its energy to Domestic measures to protect against viruses.

The article states that last month, the White House requested $ 2.5 billion in funding to fight the new coronavirus, but did not provide funding for WHO or other international projects aimed at coordinating the response of the international community. At the press conference, the US Vice President Burns and his team responsible for coping with the new crown virus hardly mentioned the need for cooperation with partner countries and international agencies.

China and the United States’ approach to the epidemic has also aroused discussion among netizens in various countries.

A Spanish netizen wrote, “Trump treated us like pests, but China helped us. Do you want to continue those racist remarks?”

Netizens from Norway bluntly said, “The United States sanctions Iran and China provides Aid. The United States imposed a travel ban on Europe, China provided assistance and doctors to Italy. Serbia banned all foreigners except the Chinese. Countries will now know who their true friends are. You cannot deny this fact. ”

Responsible editors of the .: Yang Jie