Chinese returnees do not cooperate with epidemic prevention measures, the host in Lhasa is angry: China does not support giant babies!

Home Health Chinese returnees do not cooperate with epidemic prevention measures, the host in Lhasa is angry: China does not support giant babies!
Health
March 18, 2020March 18, 2020By daydayhub
0

Original title: Chinese returnees do not cooperate with epidemic prevention measures, host in Lhasa is angry: China does not support giant babies!

Recently, the international epidemic situation of new crown pneumonia is severe, and the domestic situation has gradually improved. Now that there is a period of victory, many overseas Chinese choose to return to China to take refuge. However, there were surprises such as concealing falsehoods, refusing to concentrate on isolation, and making various shameless demands on the conditions of isolation, causing anger.

“You are not in the construction of the motherland. It is the fastest to poison you for thousands of miles. We in China do not support giant babies!” For the news that some returning Chinese did not cooperate with the immunization measures against entry, this passage from the Lhasa TV host was really helpful.

On the evening of March 16, a short video posted by Lhasa Radio and Television Station on its official account detonated the entire network. It received 10 million likes in less than a day and nearly 800,000 reposts.

In the program, the host hosted the wonderful news that Chinese returnees from all over the country did not cooperate with epidemic prevention measures over the past few days. They were annoyed that these people were self-serving “giant babies.” For any contribution made by the people, they also pick and choose the superiority of the inexplicable “higher person”. 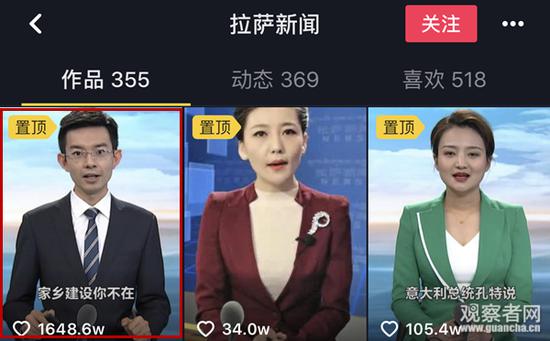 “Ms. Li, who has been settled in the United States for a long time, has been accused of” nothing to do in the United States and pay taxes, and has something to return to the country for medical treatment. ” Guo Moupeng who has not stood up to say an apology; the Italian returnee who was dissatisfied with the epidemic prevention and control staff and asked the epidemic prevention staff “I will return to Europe for this treatment.” International students; there are imported cases that ask for shameless treatment for free … ”

For these” giant babies who use the country as a nanny and want to eat and drink willfully “, the host said harshly: the state has the responsibility to protect you, but there is no Get used to your obligations! 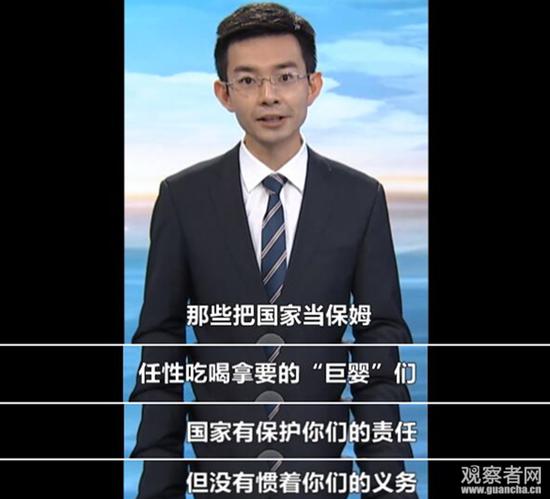 The “hardcore” speech of the host in Lhasa won the support of many netizens and expressed that they welcomed scattered Chinese people to return to the motherland to spend this difficult time, but the premise is that quarantine regulations must be in place for reporting and isolation.

After suffering for nearly two months, Chinese talents finally achieved this staged victory in the epidemic, and some of the returned Chinese did not cooperate with the epidemic prevention work to create loopholes, and the efforts of the people of the whole country were completely eliminated. 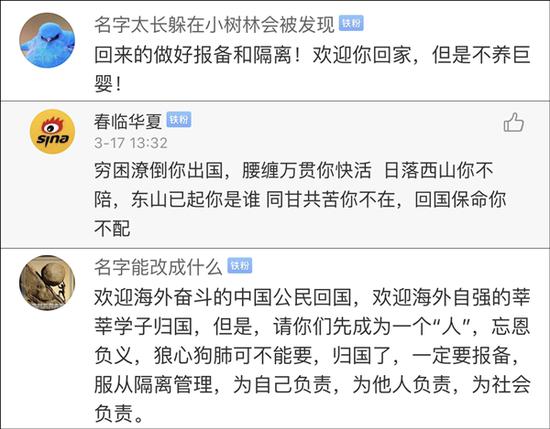 Others reminded netizens who were in anger not to take the entire “overseas Chinese” group as the target of accusation, and analyze the specific situation. For overseas Chinese who consciously abide by the relevant national regulations, we welcome them to go home at any time.

At the beginning of the outbreak in Wuhan, overseas compatriots from all over the world used all available resources to help the country fight against the epidemic, and we should not be biased against this group because of a very rare case. 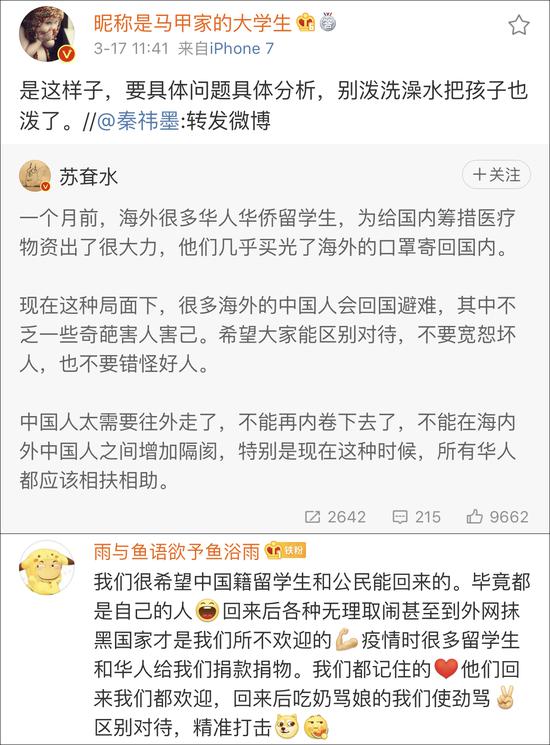 According to the People’s Daily today (17th), Mi Feng, a spokesperson for the National Health and Medical Commission and deputy director of the Propaganda Department, said that foreign defense import has become the top priority of China’s epidemic prevention and control.

The World Health Organization notified that as of 17:00 on March 15, Beijing time, the epidemic had spread in 143 countries and regions. As of 24:00 on March 15, China had reported a total of 123 overseas imported confirmed cases. 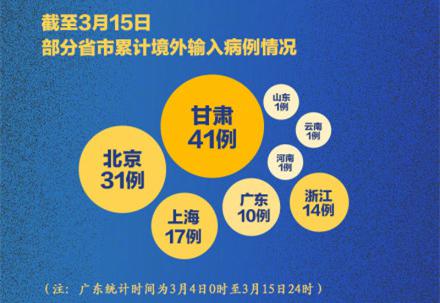 chart from the People’s Daily

in order to prevent foreign input, clinging to the customs entry throughout the country and other related important “gate” of front-line staff are full battle, combat readiness.

On the evening of the 13th, the sea staged a “thrilling moment”: On a flight from Frank, Germany, to Shanghai Pudong Airport, four feverish passengers and two passengers who reported taking cold medicine were found.

After the plane landed at a remote location, passengers have not disembarked. Dozens of ambulances have been parked on the apron, ready to transfer passengers to designated medical institutions for further investigation and diagnosis. 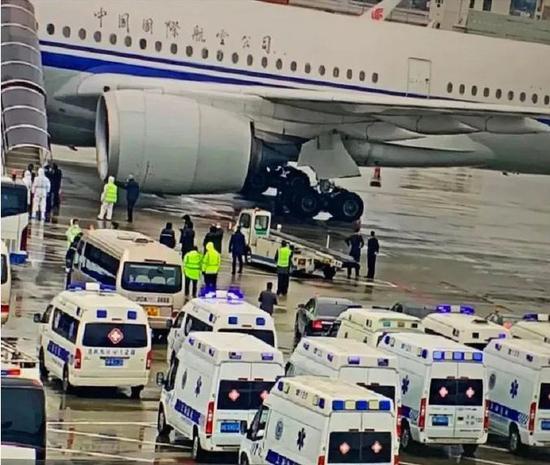 Currently, the country launched a series of tough measures including “Immigration centralized quarantine 14 days at their own expense,” “hiding of the disease treatment costs from fear” and other related liability for any intentional concealment and false reporting acts will be prosecuted according to the law .

Beijing, Shanghai, Chengdu, Sichuan, and many other places have cleared out-of-pocket treatment for imported cases without medical insurance. On the 16th, the five departments jointly issued an opinion that concealment of the suspect’s entry into the country will be convicted. 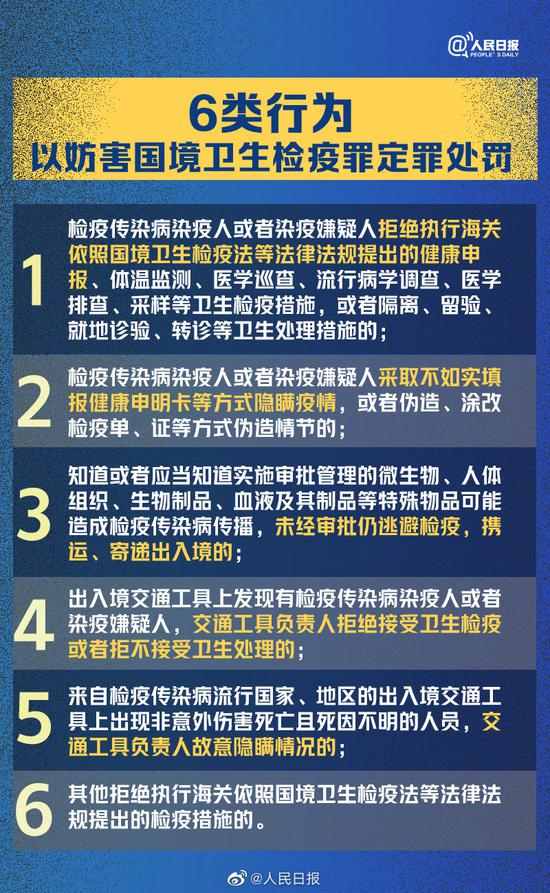